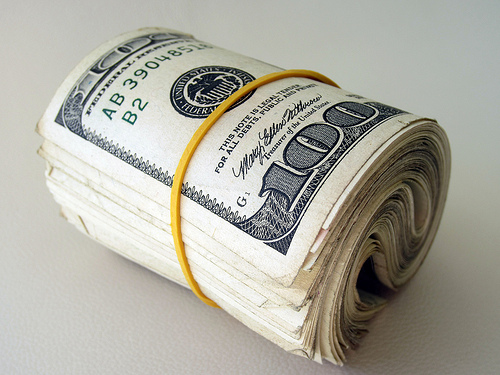 (CBS MoneyWatch) For more than a decade, college tuition has been rising far beyond the rate of inflation at public colleges and universities. According to College Board figures, tuition and fees increased 5.4 percent annually above inflation in the decade since the 2001-2002 school year. Ouch.

A commentary that I saw from the Federal Reserve Bank of New York this week goes a long way towards explaining why students at public universities are getting pounded by soaring tuition. The main culprits seem to be state governments that have been ratcheting back their financial support.

Here are some facts about why college students at state schools, which is where the majority of Americans receive their college degrees, are feeling the pinch:

2. Since 2008, when the recession hit, total public funding for higher education has declined by 14.6 percent.

3. Higher-ed support from states has varied dramatically. For instance, in 2010, the percentage change in public funding per pupil ranged from a negative 18 percent to a positive 16.7 percent. In California and New York, public funding declined by 11.6 percent and 7.5 percent respectively. The big winner was North Dakota, flush with energy money, which boosted its commitment to higher education by 16.7 percent, followed by Texas at 6.6 percent.

4. In every year from 2001 to 2011, at least a third of states experienced funding cuts and in more than half of those years, two-thirds of states did.

5. Real net average tuition at state universities, which is the price after grants are deducted, rose 33.1 percent ($3,415 to $4,546). In comparison, average net tuition at private institutions has risen 21.2 percent during the same period.

6. Before 2007, changes in tuition at public universities did not appear to be linked closely with public funding.

What did economists at the Federal Reserve Bank make of these statistics?

They noted that federal funding, such as Pell Grants, is often blamed for driving up college costs. When low-income and middle-income students receive federal grants to attend college, the argument goes, the institutions simply raise their prices to reflect this aid.

The economists, however, suggest that there is "strong suggestive evidence" that decreases in state and local funding of public universities are linked to tuition increases, particularly since the recession. They find this troubling and suggest that college students will have to shoulder even more of the college cost burden in the future.

You should almost never close a credit card--here's why

16 low-cost ways to prep your home for winter now