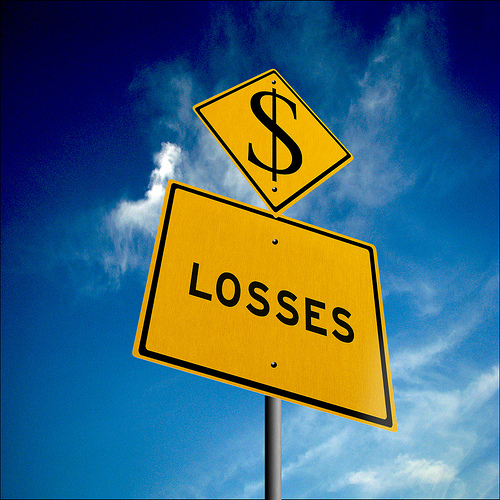 (MoneyWatch) Charles Ellis is the author of the classic investment book "Winning the Loser's Game." He's also a former managing partner of the consulting firm Greenwich Associates and is on the Board of Advisors of the Yale School of Management. Ellis has spent more than three decades working on business strategy with major investment management firms in Europe, Asia, Australia, New Zealand, and North America.

In an article that will appear in an upcoming edition of the Financial Analysts Journal, Ellis describes the persistent failure of institutional investors to achieve their ubiquitous, but ephemeral, goal of beating the market. He says that extensive data show that the persistence of outperformance of active managers is well below what we would expect from pure chance (randomness).

For example, in a random 12-month period, about 60 percent of mutual fund managers underperform. As you lengthen the time period, the failure rate increases. At 10 years, the percent of failures rises to about 70 percent, and at 20 years it's about 80 percent. Making matters worse is that the stock managers who underperform do so by roughly twice as much as the "outperforming" funds beat their chosen benchmarks. Thus, the risk-adjusted odds of outperformance become more daunting.

Ellis goes on to note that new research on the performance of institutional portfolios shows that, after risk adjustment, 24 percent of funds fall significantly short of their chosen market benchmark, 75 percent of funds roughly match the market, and well under 1 percent achieve superior results after costs -- a number not significantly different statistically from zero. ("False Discoveries in Mutual Fund Performance," by Laurent Barras, Olivier Scaillet, and Russ Wermers).

Why do people keep playing a game where only 1 percent of the players win and 24 percent lose?

The evidence shows that institutional investors and their advisors are doing what Albert Einstein said was the definition of insanity -- repeating the same behavior but expecting different outcomes. Consider the following. Data from institutional funds show that large numbers of new accounts go to managers who have produced superior recent results. Of course, this occurs after these managers' best performance years. And assets move away from underperforming managers after their worst performance years. In a recent study of the experience of more than 1,000 institutional funds, the managers hired had achieved -- over the three years before their hiring -- significantly higher returns than the managers who were fired. (Before being hired, the to-be-hired managers produced substantial excess returns on domestic equities of 12.5 percent, 8.7 percent, and 4.3 percent annually over three years.) However, for the three years after the new managers were hired, the fired managers actually achieved slightly higher returns than the new managers.

Ellis's three decades of experience have convinced him that the main culprit for this underperformance must come down to investment managers themselves. He acknowledges that they're talented, hardworking, well-trained, and dedicated to their work, and they believe deeply in the value of their work. However, the truth of a theory often has nothing to do with how much you believe in it. Ellis notes that the managers are subject to what behavioral economists call the Semmelweis reflex -- rejecting of new evidence that contradicts established norms, beliefs, or paradigms. The conventional wisdom in this case being that the past performance of active managers is predictive of the future.

But despite the overwhelming body of evidence to the contrary, institutional managers continue to believe that performance data can provide useful information for evaluating active investment managers. We don't need Sherlock Holmes to help us figure out why there's no persistence of outperformance: