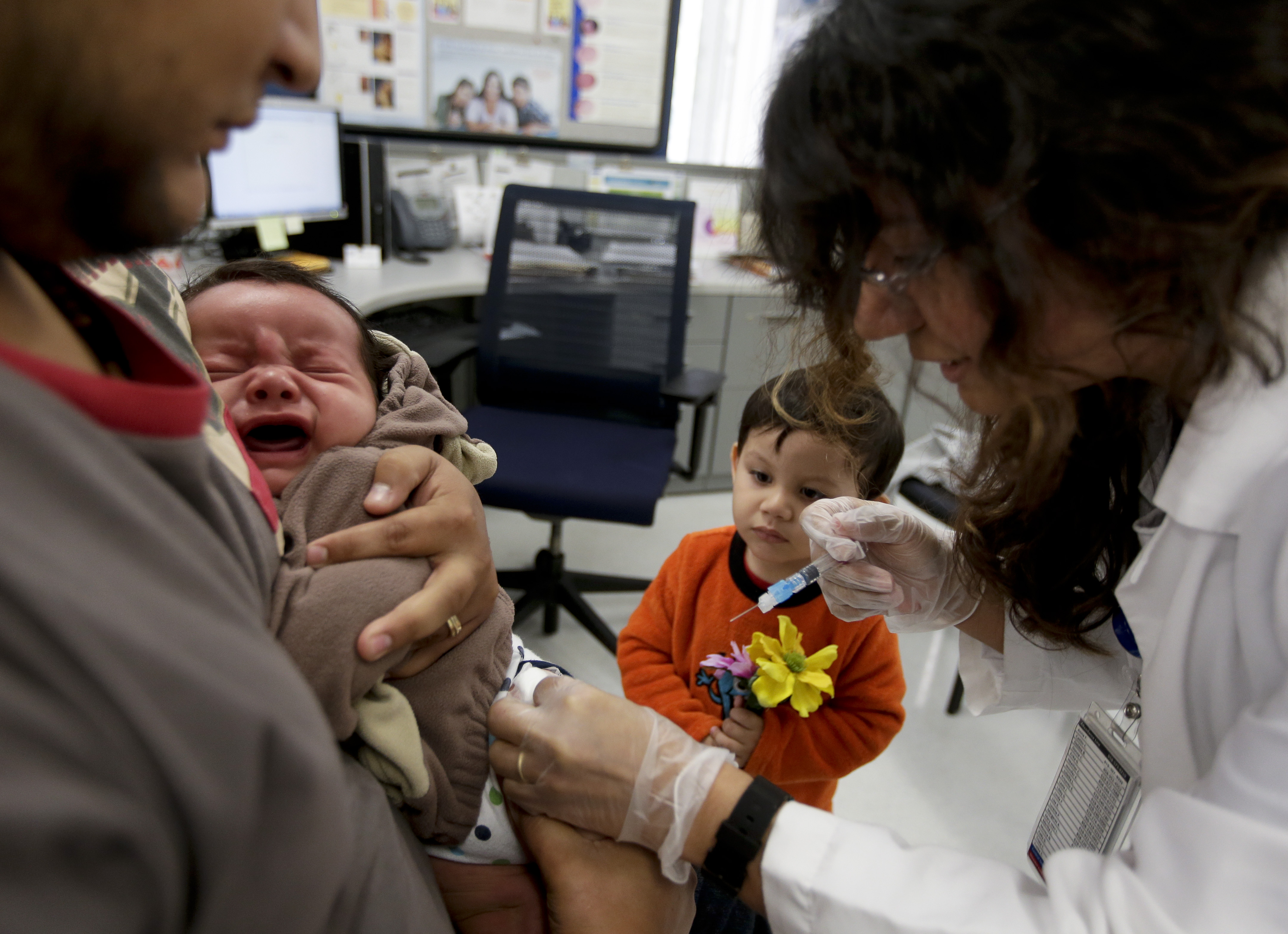 The booster shot given to pre-teens to ward off whooping cough only works for a short time -- a fact that has played a big role in recent outbreaks in California, a new study finds.

The study, of children in one large California health plan, found that the whooping cough booster shot offered "moderate" protection for about a year. But that immunity waned so quickly that little protection remained after two or three years.

Experts said the findings, reported online Feb. 5 and in the March print issue of Pediatrics, underscore the limits of today's whooping cough vaccines.

It's been clear for years that cases of whooping cough, or pertussis, are rising in the United States. In 2012, more than 48,000 cases were reported nationwide -- the highest number since 1955, according to the U.S. Centers for Disease Control and Prevention.

What's more, the agency says, older children and teenagers are accounting for a growing proportion of cases.

A major reason, experts believe, is that in the 1990s, U.S. health officials switched from the traditional whooping cough vaccine to a new one known as DTaP -- which also protects against diphtheria and tetanus. DTaP works well in the short term, the CDC says, but slowly wanes each year after a child's final dose, which is given around age 5.

So a booster shot, called Tdap, is routinely given to kids at age 11 or 12. But that shot doesn't last long either.

"The issue is, the old vaccine against whooping cough had a difficult safety profile," explained Dr. Paul Offit, director of the Vaccine Education Center and a professor of infectious diseases at Children's Hospital of Philadelphia.

It could cause high fevers and seizures in young children, he said -- which understandably worried parents. There were also concerns about possible, albeit rare, neurological effects, Offit added.

That led to the development of DTaP, which has far fewer antigens than the old vaccine, Offit said. Antigens are proteins that trigger an immune system response; with fewer antigens, DTaP is much less likely to cause side effects. But it also offers shorter-lived immunity.

For the new study, researchers with Kaiser Permanente Northern California used information on all kids in their health system, aged 10 and up, who'd received DTaP vaccination. Nearly all -- over 96 percent -- also had the Tdap by their 14th birthday.

Based on those cases, the researchers estimated that the Tdap vaccine was about 69 percent effective in the first year after it was given. After that, immunity faded fast -- so that by year three, little protection remained, the study authors said.

"But," she said, "I was surprised to see how much disease occurred, even in this vaccinated group."

The bottom line, according to Klein, is that the current vaccines are not enough to prevent epidemics.

"I think waning immunity -- primarily from the DTaP but also Tdap -- are the main drivers of these outbreaks," Klein said.

Offit agreed. "These vaccines are not as good as they should be," he said.

There's probably no chance that health officials would go back to the old whooping cough shot, according to Offit. But, he said, manufacturers could make a better one.

For now, he and Klein both said that the current vaccines provide fairly good shorter-term protection.

And they stressed that it's essential for pregnant women to get a Tdap booster during each pregnancy. That way, babies are born with some of their mom's immune system antibodies against whooping cough.

That's critical, Offit explained, because young infants are most at risk of becoming severely ill with whooping cough.

Whooping cough typically causes cold-like symptoms, followed by bouts of coughing that can go on for weeks. For infants, that can lead to dangerous breathing problems, lung infection or convulsions. Of babies younger than 1 year who get whooping cough, half end up in the hospital, according to the CDC.

Short of more effective vaccines, Klein said health officials may want to think about how the Tdap is given. Instead of routinely giving it to preteens, for example, it might be more effective to give it in "anticipation" of an outbreak, she said.

"I think we need to open the discussion on how to best utilize the vaccine," Klein said.