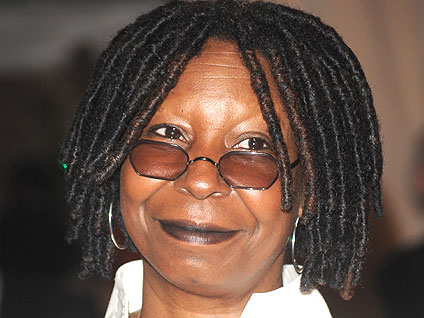 NEW YORK (CBS/AP) "Joyful, joyful" news for American "Sister Act" fans -- the musical adaptation of the film is making its way across the pond.

After enjoying record-breaking success in London, producer Whoopi Goldberg is bringing the divine musical comedy to the New York stage in the spring of 2011.

Based on the hit 1992 movie, "Sister Act" features a new score by eight-time Academy Award-winner Alan Menken, whose credits include "The Little Mermaid" and "Beauty and the Beast."

The Oscar-winning actress and "The View" moderator starred in the film  version and will appear with the London cast for a limited run beginning August 10. In Goldberg's upcoming London Palladium production, Goldberg will not play her film character Delores Van Cartier -- instead, she will play the role of Mother Superior and is expected to headline 23 performances.

No theater or casting has been announced for Broadway version. The show's publicist isn't commenting on whether Goldberg will appear in the New York production. The actress has previously appeared in the Broadway revivals of "A Funny Thing Happened on the Way to the Forum" and "Ma Rainey's Black Bottom."