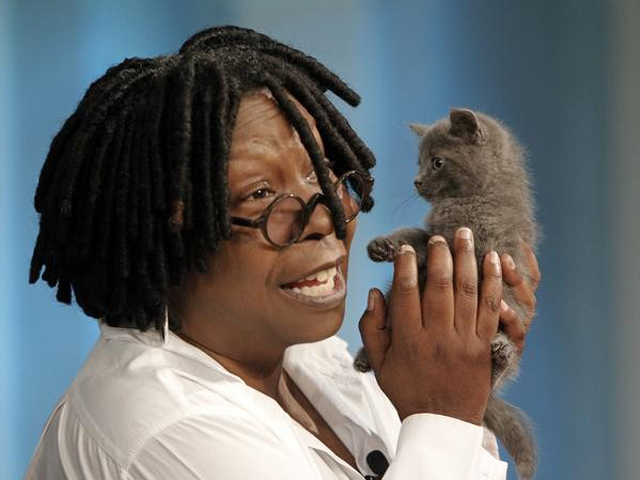 (CBS/AP) NEW YORK - A kitten tossed from a moving car on New York City's Verrazano Bridge has found a home with Whoopi Goldberg.

"The View" co-host posted a video of the cat, nicknamed Vinny, on her Facebook page. It shows the adorable gray kitten grooming himself and batting a feather toy with his paw.

Vinny was rescued in July. An Animal Care & Control officer who happened to be driving on the bridge witnessed the kitten being thrown.

"For all of you who remember me on 'The View' meeting Verrazano," she wrote, "I adopted him and I was finally able to take him home."

She added that her other cat, Oliver, is "not too happy" about the new family member.

But, she added, "I think he'll get Oliver to come around sooner than later."