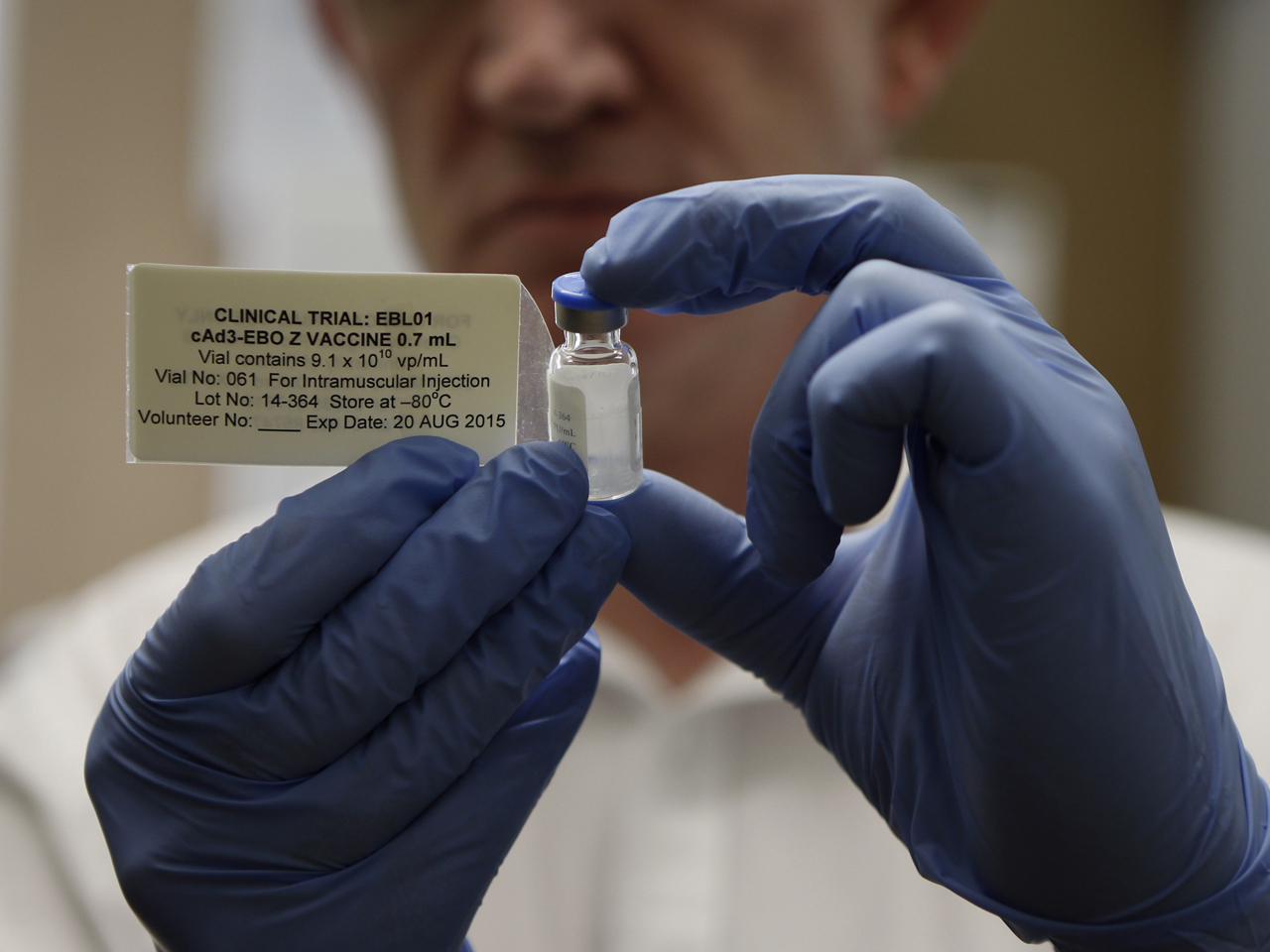 The World Health Organization (WHO) announced plans on Friday to speed up the development and deployment of experimental vaccines to combat the Ebola virus.

The U.N. agency said millions of doses of two experimental Ebola vaccines could be ready for use in 2015, and five more experimental vaccines will start being tested in March.


WHO Assistant Director-General for Health Systems and Innovation Marie-Paule Kieny told the press Friday that trial the two most advanced vaccines -- one developed by GlaxoSmithKline in cooperation with the U.S. National Institute of Health, the other developed by the Canadian Public Health Agency -- have already begun in the U.S., U.K. and Mali.

If the early vaccine trials hint at success, larger trials testing the vaccines in West Africa could begin as soon as December, Kieny said; previously the trials weren't scheduled to start until January.

Still, the agency warned it's not clear whether any of these will work against the deadly virus that has already killed over 4,800 people this year in West Africa.

"The vaccine is not the magic bullet. But when ready, they may be a good part of the effort to turn the tide of this epidemic," Kieny said.

In an indication of how the rising spread of Ebola is upending many attempts to halt this year's outbreak, Kieny admitted that plans were changing "week to week" as governments, health agencies and donor countries tried to speed up efforts to fight the deadly virus.

WHO said that manufacturers of a potential Ebola vaccine have made commitments to make the drug affordable.

Several organizations, including the World Bank and Doctors Without Borders, have pledged to help finance the trials and ultimate distribution of the vaccine.

In Brussels on Friday, British Prime Minister David Cameron said the European Union and its 28 member nations had managed to come up with 1 billion euros ($1.26 billion) to fight the Ebola crisis, boosted by an additional British pledge on Thursday of 100 million euros ($126 million).

In the United States, the first person diagnosed with the disease was a Liberian man, who fell ill days after arriving inDallas and later died, becoming the only fatality. None of his relatives who had contact with him got sick. Two nurses who treated him were infected and are hospitalized. The family of one nurse said doctors no longer could detect Ebola in her as of Tuesday evening.