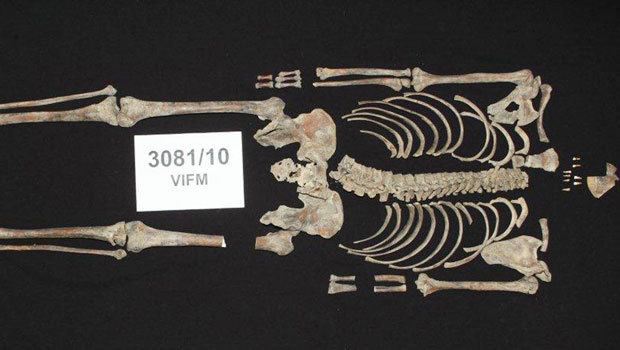 (CBS/AP) SYDNEY - The headless remains of Ned Kelly, Australia's most storied criminal, have been identified, according to officials on Thursday. The mystery surrounding the folk hero's final resting place is now over.

But who is Ned Kelly? What made this man so legendary?

Kelly led a gang of bank robbers in Australia's southern Victoria state in the 19th century. Kelly's gang robbed banks and killed policemen. He was eventually hanged in 1880 at the age of 25, and the fate of his corpse was unknown. It was long suspected his body lay alongside 33 other executed inmates in a mass grave at prison.

For years, Australians have wondered what became of Kelly's remains. The prison he was supposedly buried at, in an unmarked grave, was called Old Melbourne Gaol, but the facility closed in 1929. Officials decided to exhume Kelly's body along with the remains of other executed convicts and move them to the nearby Pentridge Prison.

Though at the exhumation, a mob of onlookers came to the site and stole some of the remains, including what was believed to be Kelly's skull. That skull was later recovered and put on display at the Old Melbourne Gaol, which was turned into a historic site.

In 1978, the skull was stolen again. Thirty-one years later, on Nov. 11, 2009, a farmer from Western Australia state named Tom Baxter handed the Victorian Institute of Forensic Medicine what he said was the stolen skull, which featured the inscription "E. Kelly" on its side - Kelly's actual first name was Edward. Baxter has not revealed how he got ahold of the skull.

Scientists at the institute set out to determine who the skull belonged to, and to identify Kelly's full remains among the tangle of skeletons exhumed from the Pentridge site.

Through CT scans, X-rays, anthropological and historical research and DNA analysis, the team finally identified one skeleton as Kelly's. Most of its head was missing.

Kelly, whose father was an Irish convict, is considered by many Australians these days to be something of a Robin Hood or Jesse James-like character, fighting the British colonial authorities and championing the rural Irish underclass.

Kelly's story has been documented in several books and movies, including a film starring Rolling Stones frontman Mick Jagger and another starring late actor Heath Ledger. Kelly's use of homemade armor to protect himself from police bullets was even given a nod during the 2000 Sydney Olympics, when actors on stilts dressed in similar armor were featured in the opening ceremony.