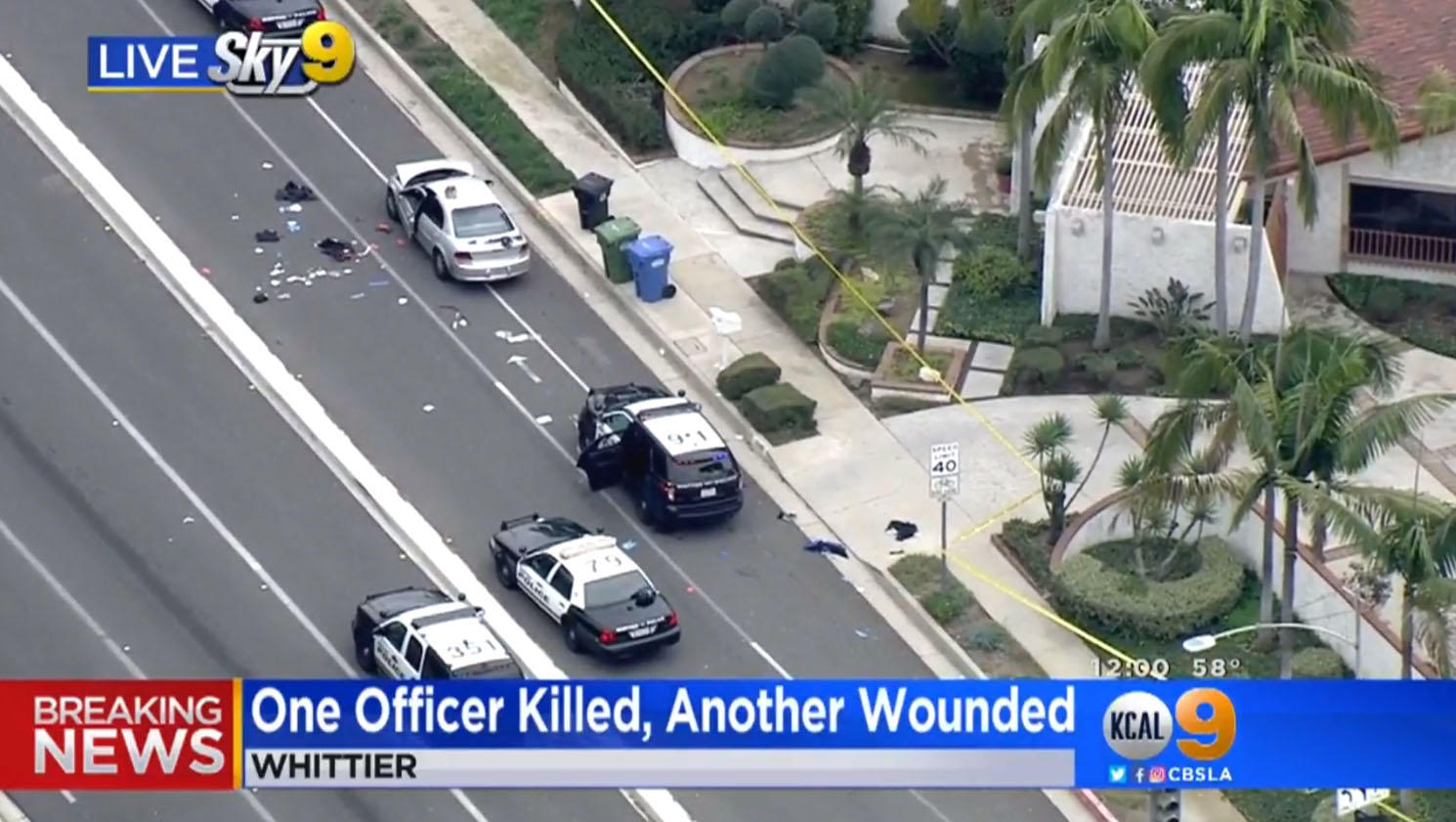 WHITTIER, Calif. --  A gang member paroled from jail only days ago shot and killed a Whittier police officer who was answering a report of a traffic accident and wounded his partner Monday before being wounded himself, authorities said.

The officers arrived at an intersection in the eastern Los Angeles suburb around 8 a.m., but they didn’t realize a car that had struck two others at a stoplight was reported stolen, Los Angeles County sheriff’s Lt. John Corina said.

One motorist pointed out the location of the car that had rear-ended his vehicle, and the officers approached the driver, Corina said at an afternoon news conference.

“When they get him out of the car, they go to pat him down for weapons, they can see he’s got tattoos all over his face and all over his neck,” Corina said.

The man then pulled a semi-automatic handgun and opened fire at the officers, who were wearing bulletproof vests and shot back, Corina said.

Veteran Officer Keith Boyer was shot and his partner, Patrick Hazel, was wounded around 8 a.m. Monday in the Los Angeles suburb.

The 26-year-old suspect is a known gang member who had been paroled about 10 days earlier, Corina said.

After the shooting, a long line of police cars escorted the slain officer’s body from a hospital in Irvine to the coroner’s office. Mourners placed candles and flowers outside police headquarters.

Hundreds of people gathered outside Whittier police headquarters for a candlelight vigil to remember Boyer.

The Whittier Police Department has about 125 sworn officers who police Whittier and Santa Fe Springs in southeastern Los Angeles County.

The department has had two other officers killed in the line of duty: a detective in 1979 and a corporal in 1977.