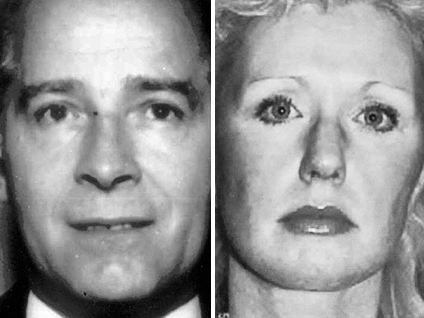 Bjornsdottir had been splitting her time between Iceland and the Santa Monica neighborhood where Bulger was living with girlfriend Catherine Greig, reports CBS station WBZ.

According to the Boston Globe, Bjornsdottir and Greig bonded over a stray cat.

"Cathy took this cat under her wing. She would come out every morning and feed this cat. While she was feeding the cat, Anna was stop, and they would talk. They developed a bit of a bond," reports the Globe.

The current actress knew Bulger and Greig as Charlie and Carol Gasko. She was at home in Iceland in June when she was watching CNN and saw their photos flash across the screen. She then proceeded to call the FBI, reports the Globe.

The Globe also reported that Bulger recently sent a letter to a maintenance supervisor at his old Santa Monica apartment building. The letter contained an apology from Bulger for not saying goodbye.