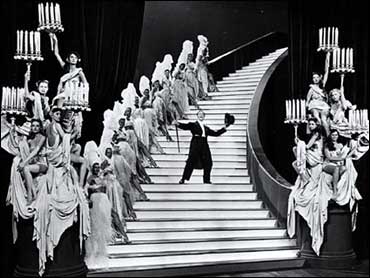 Five days on the job. One race. One win.

The transition from Ray Evernham to Brian Whitesell as crew chief for Jeff Gordon appeared seamless at the start.

But Whitesell isn't expecting his new job to be as easy as it looked in his first week as the leader of Gordon's Rainbow Warriors team.

"Now it's that much more pressure," Whitesell said after the victory Sunday in Martinsville, Va. "Jeff won the race the first time. From here it could be a letdown."

Nobody is expecting that, though. Whitesell has been thoroughly schooled by Evernham, who brought the younger man at 35, nine years his junior with him to Hendrick Motorsports six years ago. He made Whitesell his protégé.

Although hardly anyone outside the team knew of him, Whitesell was never far from Evernham's side. In fact, the two men shared the exalted pit perch on top of the team's giant tool box, where all crew chiefs work on race day.

Wolves Hold Off 'Bama In OT

The biggest difference is that Whitesell is now the man talking with Gordon on the radio instead of just listening and making notes and the one making the decisions.

Whitesell's first big decision, leaving Gordon on the track while other contenders pitted for tires late in the race in Martinsville, resulted in Gordon's 48th career victory and first without Evernham along for the celebration.

Once the elation subsided, Gordon reflected on the big change.

"Our communication was great, but it was strange, awkward not having Ray there, especially going to Victory Lane," Gordon said. "It was emotional. We were missing a key link that got us to where we are today. It was definitely bittersweet."

But Gordon said he fully supports Evernham's decision to leave the Hendrick operation to start his own team.

Evernham is expected to lead Chrysler's return to NASCAR in 2001 and the company has scheduled a news conference for Oct. 14 in New York.

"The biggest thing is that we all are clear on what the future is," the three-time Winston Cup champion said. "I'm really happy for Ray. When he told me the things he has planned in the future, there's no way I could tell him honestly that was the wrong thing for him to do."

"I know what drives Ray. I know what his ambitions are. It's a perfect situation for him. I'm happy for him, but we miss him."

If any of Gordon's competitors figure that the change might cause friction or problems within the organization, the driver insists it won't. He has considerable confidence in Whitesell.

"He's been side-by-side with Ray," Gordon said. "He's either been involved with the decisions or heard Ray make them. He's learned from the best."

If Evernham had remained with the Hendrick team, his role was going to change. In fact, team president John Hendrick said there was to be an announcement before Sunday's UAW-GM 500 at Lowe's Motor Speedway that vernham was stepping up to the job of general manager for the three-car operation that includes Terry Labonte and Wally Dallenbach.

"It was certainly a disappointment for us, but Ray is the one who needs to make the decisions about his own future," Hendrick said. "Once the decision was made, we had to get on with our own future, and Brian was the right man for the job."

"He made great calls," Hendrick said. "It was very impressive."

Once he was officially in charge, Whitesell quickly reorganized the team, which also lost chief mechanic Ed Guzzo, who left with Evernham. It was Whitesell and Guzzo who directed the preparation of the No. 24 Chevrolet for each race.

Whitesell, trying to move beyond the Evernham era, doesn't intend to be a clone of his mentor.

"The minute Ray walked out the door, then no longer were things done exactly the way Ray did them," Whitesell said. "Now, I'm making the decisions instead of Ray."