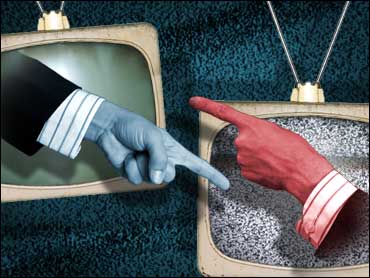 "The Administration believes the DISCLOSE Act is a necessary measure so that Americans will know who is trying to influence the Nation's elections," the statement says. "H.R. 5175 also prevents those who should not interfere in the Nation's elections - like corporations controlled by foreign interests - from doing so. Unless strong new disclosure rules are established, the Supreme Court's decision in the Citizens United case will give corporations even greater power to influence elections. "

Last week the National Rifle Association agreed not to oppose the bill in exchange for an exemption from its disclosure provisions, a deal that prompted anger on both left and right. While that deal was expected to pave the wave for the bill's passage in the House Friday, a planned vote was canceled amid concerns that the bill would not pass even as the exemptions were expanded to include other organizations besides the NRA.

In its statement, the administration said that the bill "is not perfect."

"The Administration would have preferred no exemptions," the statement says. "But by providing for unprecedented transparency, this bill takes great strides to hold corporations who participate in the Nation's elections accountable to the American people. As this is a matter of urgent importance, the Administration urges prompt passage of the DISCLOSE Act."

Republicans almost universally oppose the bill, deeming it a limitation on free speech.

In an ad opposing the bill out today, the U.S. Chamber of Commerce complained that the legislation would "limit the speech of businesses and the associations that represent them in order to prevent them from expressing their political views." The powerful business lobby does not have an exemption in the legislation, which means that its campaign advertising would have to include disclosure of the donors behind the ads.

House members are aiming to have this bill on the floor Thursday, but they do not have the votes yet and have a lot of work to do if they're going to get them, CBS News Capitol Hill Producer Jill Jackson reports.

Blue Dog members are concerned because they are not confident that the Senate will act on it at all and they worry about business opposition. Congressional Black Caucus members don't want to vote for the bill because it exempts the NRA from disclosure requirements.

Democratic leaders and the White House have worked out a strategy to try to get the votes that includes having a senior Senate Democrat stating that it is a priority for the Senate and White House Chief of Staff Rahm Emanuel working the phones to convince members of the CBC that while the bill is not perfect, it's much better than the current system.

The DISCLOSE Act would require corporations to disclose top five donors in their political ads, but the bill exempts the NRA, AARP and the Humane Society from the requirements, all organizations with over 500,000 members.