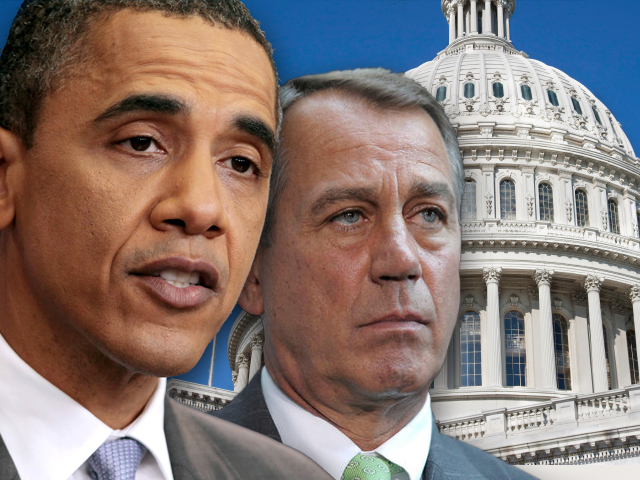 President Obama and congressional leaders on Sundayworked out a deal to avoid the first ever U.S. default that could have come as soon as this week. Now they each have to sell the plan to their colleagues, who could vote on it as soon as later today.

Mr. Obama has a tough sell, given that his political base is furious at him for abandoning what had been a signature requirement for any deal: the so-called "balanced approach" that would have combined both increases in revenues and spending cuts to lower government red ink over time.

The deal would cut trillions of dollars in government spending over the next 10 years and raise the amount of money the U.S. is legally allowed to borrow by enough to avoid another showdown on the matter before next year's presidential election.

White House adviser David Plouffe stressed that second point, noting that the debate over the debt ceiling distracted lawmakers in Washington from focusing on policies that would create jobs.

"One of the big battles was many Republicans wanted this to continue in five or six months we'd have this debate all over again. Anybody watching your program or others would say that would be a bad idea for the country and our economy," Plouffe said on CBS' "The Early Show."

"We were making sure the United States didn't default for the first time and signing a package that we thought wouldn't harm the economy in the short run and living within our means and reducing the deficit is an important part how we'll grow the economy in the long run," Plouffe said.

Debt deal could boost Obama in 2012

The Obama administration and most economists, including Federal Reserve Board Chairman Ben Bernanke, have warned that the U.S. would face economic calamity if the $14.3 trillion debt ceiling is not raised by August 2, when the U.S. loses the ability to pay all of its bills for money already spent.

The framework worked out among Mr. Obama, House Speaker John Boehner, Senate Democratic Leader Harry Reid and Senate Republican Leader Mitch McConnnell, calls for at least $2.4 trillion in spending cuts over the next decade. It also would create a new congressional committee to recommend a deficit reducing proposal by Thanksgiving and would require a vote on the plan by Christmas.

Boehner stressed to House Republicans that the deal does not include an increases in revenue to the government and cuts the deficit through spending cuts, a key priority for his party.

"The White House bid to raise taxes has been shut down," the Ohio lawmaker told his fellow Republicans.At left, President Obama announces the deal on Sunday night.

Specifically, the plan would put in place now just under $1 trillion of spending cuts over 10 years, with a similar increase in the debt limit. The newly-created special congressional committee of a dozen members -- three from each party from the House and the Senate -- would be tasked with coming up with recommendations for $1.5 trillion in further deficit reductions by Thanksgiving, which could include cuts from social safety net programs, including Medicare, and the Pentagon and changes to the tax code.

If the committee fails to reach that target, or Congress doesn't pass those recommendations by the end of 2011, the debt limit could also be increased if Congress sends to the states a balanced budget amendment to the Constitution, a key demand for many conservatives in the debt fight.

If the amendment also fails, the deal calls for automatic spending cuts to defense and domestic programs totaling between $1.2 and $1.5 trillion, with an accompanying debt limit increase. According to the White House, these cuts "would be unacceptable to many Republicans and Democrats alike" which would create pressure for Congress to come to agreement."