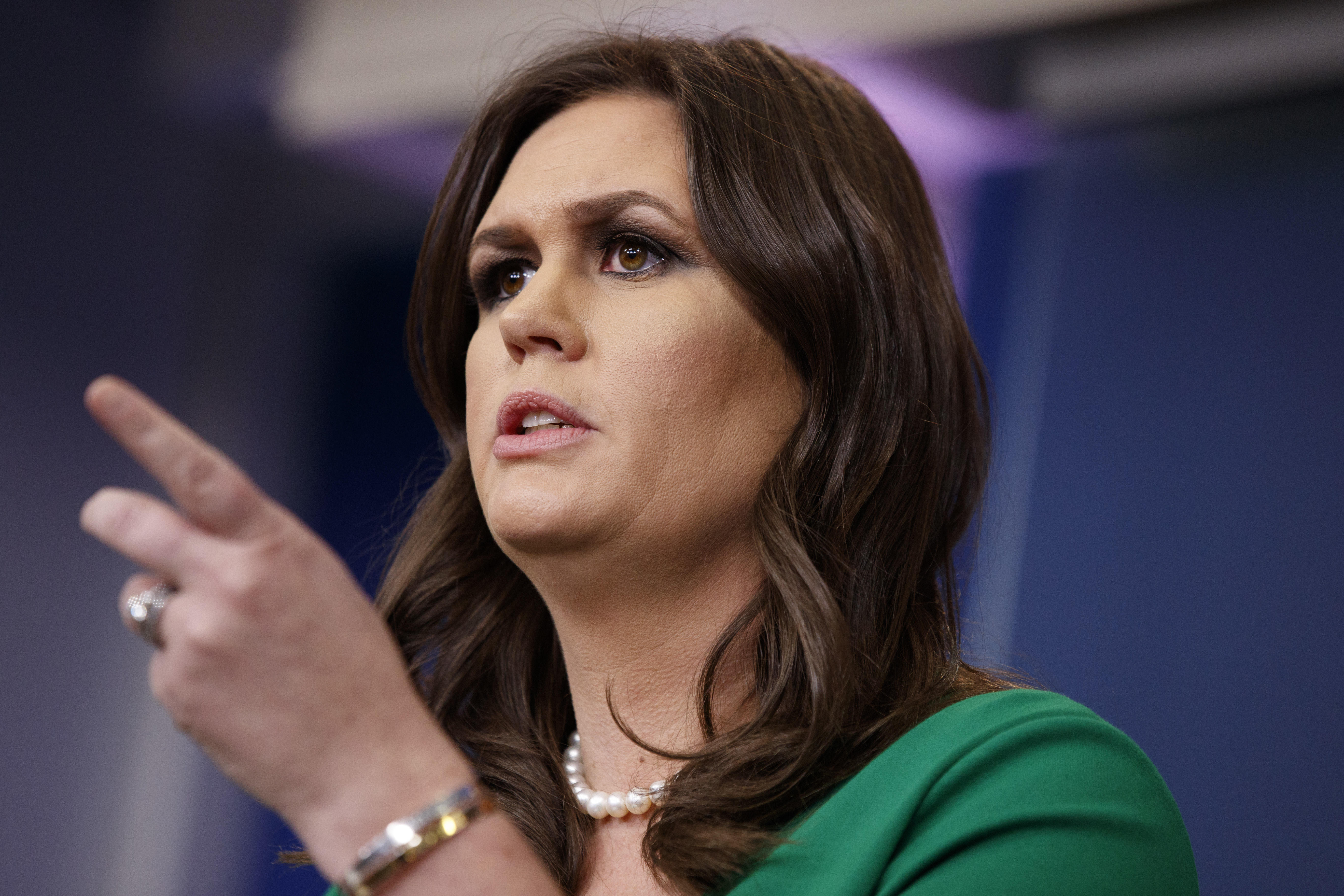 "The president believes that these allegations are troubling and should be taken seriously, and he thinks that the people of Alabama should make the decision on who their next senator should be," Sanders said.

"If the allegations are true, then he should step aside," Sanders said, adding that Mr. Trump does support the RNC's decision to withdraw resources from Moore's campaign.

Sanders declined to comment on whether or not Mr. Trump would vote for Moore if given the opportunity.

When asked if she thinks Moore is "a creep," Sanders said that she "wouldn't be able to respond to that," as she does not know him personally.

Sanders made the comments in light of a growing number of allegations of sexual misconduct against Moore, including one accusation of assault, and amid calls among members of the Republican Party for Moore to resign from the Alabama election, which is set for December 12.

Multiple women have come forward since last week alleging Moore behaved inappropriately behavior and pursued them when were minors.

Moore, his campaign and his attorney have denied the allegations.