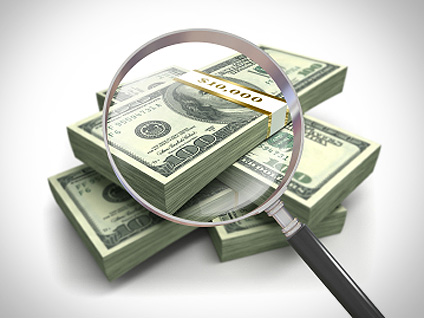 Amid ongoing efforts to work out a deal to raise the debt ceiling, the New York Times reports that the White House is offering up tens of billions of dollars' worth of reductions in Medicaid and Medicare programs - if Republicans agree to increase tax revenues.

Cutting short their Fourth of July recess, senators returned to Washington on Tuesday in an effort to reach a deal on reducing the deficit, without which Republicans have said they will not vote for an increase in the debt ceiling.

And while CBS News senior White House correspondent Bill Plante reports that there are currently no talks scheduled between congressional Republicans and the White House to discuss the deal, negotiators appear to be working on a proposal that would cut funds from Medicare and Medicaid without majorly overhauling them or imposing direct new costs on beneficiaries.

The Times says Republicans and White House negotiators "had reached substantial agreement on many cuts in the growth of Medicare... and Medicaid" before the talks imploded 12 days ago, and that those proposed cuts will still be on the table during discussions this week.

"Negotiators said they were seriously considering cuts in Medicare payments to hospitals for uncollectible patient debt and the training of doctors; steps to eliminate Medicare 'overpayments' to nursing homes; a reduction in the federal share of some Medicaid spending; and new restrictions on states' ability to finance Medicaid by imposing taxes on hospitals and other health care providers," according to the Times.

However, that deal is apparently contingent on Republicans agreeing to increases in tax revenues - a move that the GOP has staunchly opposed since the beginning of the talks, and which has by most accounts proved the cause of the current standstill in negotiations.

Treasury Secretary Timothy Geithner has said the United States has until August 2 to raise its statutory limit on how much money the United States can borrow. The U.S. reached its $14.3 debt limit in May, but the Treasury Department is using what it has described as "extraordinary" accounting measures to run the government in the interim. White House officials have said recently that Congress needs to reach a deal by July 22 in order to meet the August deadline. Some Republicans, however, have questioned that deadline.

Republicans and Democrats alike have warned against pushing up against the July deadline.

"We are running up against this deadline," Sen. John Cornyn, R-Tex., said on "Fox News Sunday." "And they're going to try to present it as a fait accompli; nobody is going to have time to read it or consider the implications of it, and it's going to say you have to pass it or the economy is going down the tubes. That's just irresponsible."

On CBS' "Face the Nation" on Sunday, Mass. Gov. Deval Patrick argued that "the hard right" in particular was acting irresponsibly in the debt limit talks, and that their playing political "brinksmanship" with the economy was inappropriate.

"The full and faith credit of the most important and the largest and most prosperous economy in the world is important," Patrick told CBS News Chief Washington Correspondent Bob Schieffer. "And the notion [of] playing brinksmanship with it, as some in the hard right seem to want to do in Washington, is irresponsible."

Still, neither side has yet proved willing to cave on the issue of tax hikes.

According to the Hill, Sen. Minority Leader Mitch McConnell, R-Ky., reached out to President Obama on Tuesday to "get together and talk about what's actually possible."

McConnell made a similar invitation last week, which White House press secretary Jay Carney apparently declined on the basis that the GOP definition of "what's possible" failed to include tax increases.

"We know that position," Carney said on Thursday during his press briefing. "That's not a conversation worth having."