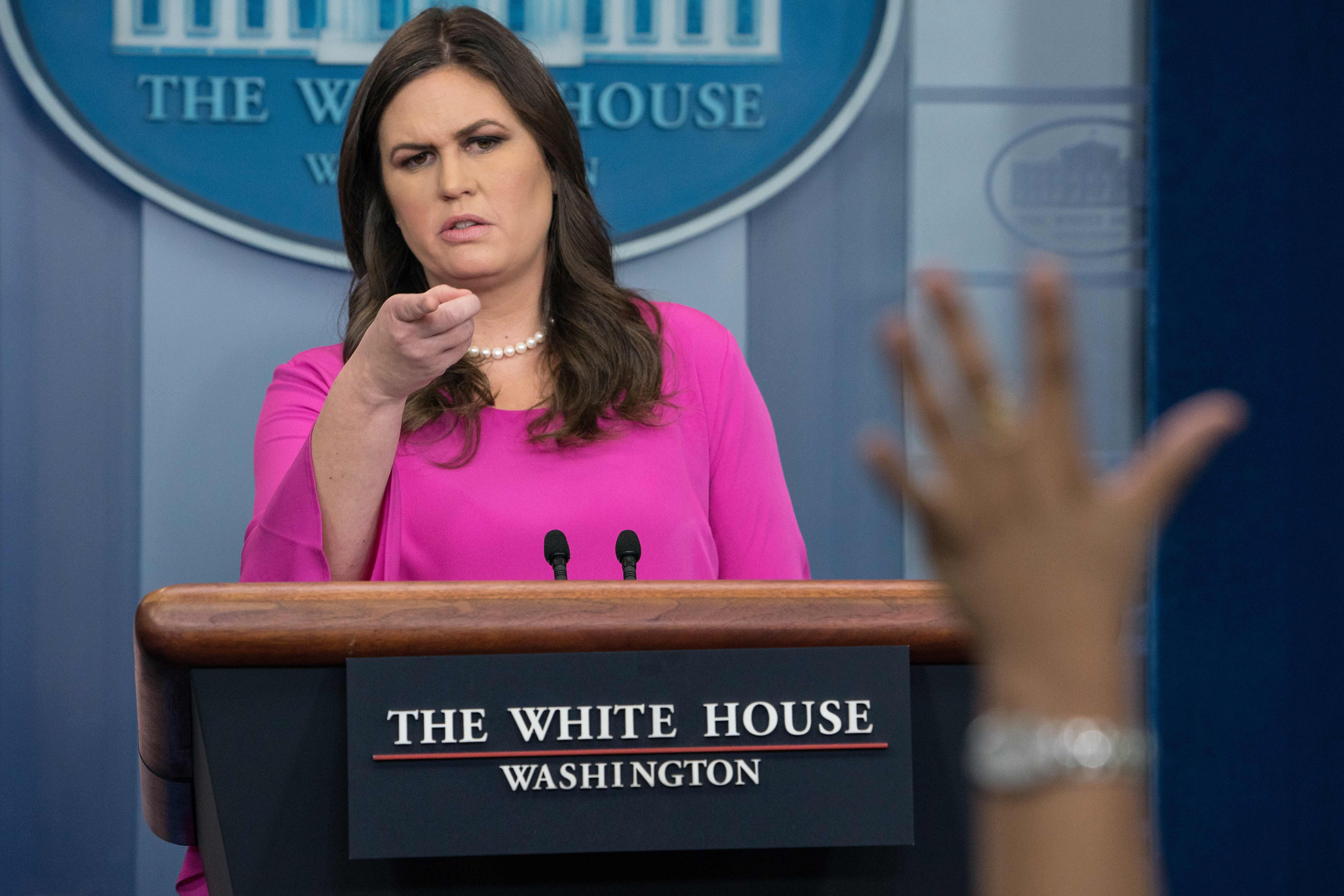 Sarah Huckabee Sanders gives an on-camera press briefing today at 1:15 p.m. ET from the White House press briefing room. The president has had a full schedule of events already this morning, including a working lunch with GOP senators to push his tax plan.

Sanders emphasized that President Trump does not remember specific details regarding his campaign meeting with Papadopoulos on March 31.

Sanders concluded the briefing shortly after.

Without citing a source or potential end date, Sanders said that the Trump administration believes Special Counsel Robert Mueller's investigation into Russian interference in the 2016 U.S. presidential election will be "concluded soon."

Sanders asserts that Papadopoulos was a volunteer

Sanders re-emphasized that Papadopoulos' role within the Trump campaign was minor and volunteer-based and that he was not a paid staff member.

"He was a volunteer member of an advisory council that met one time," Sanders said.

"He asked to do things, he was basically pushed back or not responded to in any way," Sanders said of Papadopoulos' activity.

She then attacked Hillary Clinton's campaign for its dossier alleging President Trump's connections to Russia.

"What the Clinton campaign did, what the DNC did was actually exchange money, they took a meeting," Sanders said.

Does Trump regret his Manafort hire?

"We're not worried about it distracting because it doesn't have anything to do with us," Sanders said, adding that the Trump campaign's activities were separate from those of Manafort, Rick Gates and Papadopoulos.

"I'm not sure that the president recalls specific details of the meeting," Sanders said of a March meeting in which Papadopoulos was present.

Sanders said that George Papadopoulos who has pleaded guilty to making false statements to the FBI, had a very small role within the Trump campaign and that his activities were considered "unofficial."

"there is no intention or plan to make any changes in regard to the Special Counsel," Sanders said.

Sanders said that the indictment charges from earlier Monday are unrelated to President Trump's activities.

"It has nothing to do with the campaign's activities," Sanders said.

White House Press Secretary Sarah Huckabee Sanders will begin the White House press briefing momentarily. The briefing, originally scheduled for 1:00 p.m. ET, has yet to start, despite being pushed back 15 minutes. The press is still waiting for Sanders to come to the podium.