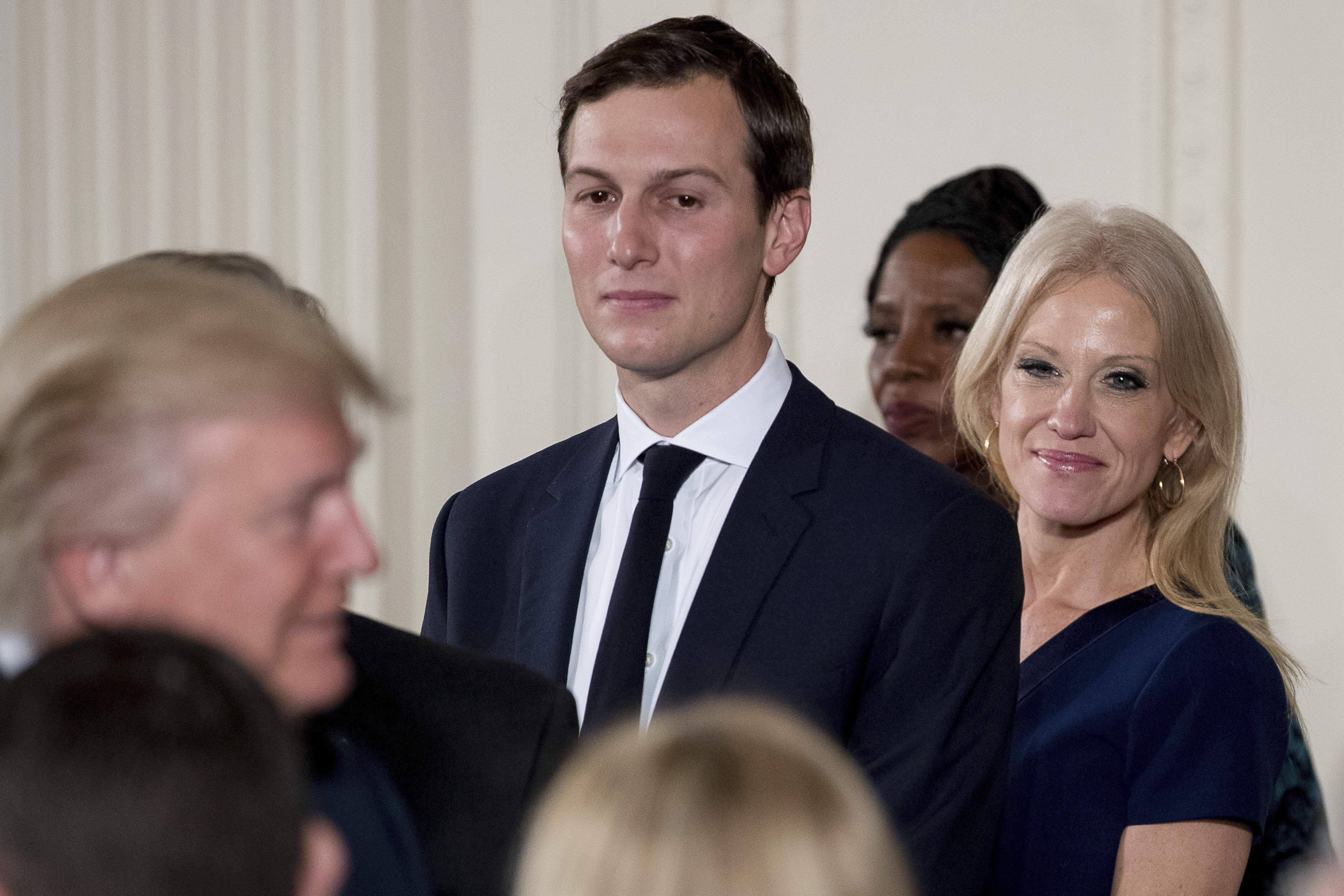 Top White House officials are refusing to comment on a Washington Post report that Jared Kushner, President Trump's son-in-law and senior adviser who is under FBI scrutiny, wanted to set up back-channel communications with Russians before the election.

That remark came after more than one question from the press about the president's son-in-law, who has broad influence in the White House and is under scrutiny in the FBI investigation of any Russian election meddling or ties between Russia and the Trump campaign.

National Security Adviser H.R. McMaster said he doesn't find back-channel communications with Russia concerning. McMaster said the report about Kushner's request for back-channel communications with Russians is "not something that we've been involved with or that I have any knowledge of," adding that White House Press Secretary Sean Spicer could address the matter later.

Generally speaking, McMaster said he wouldn't be concerned if administration officials had back-channel communications with the Kremlin.

On his first trip abroad, the president has been unable to escape ongoing developments back home related to the FBI Russia investigation. Kushner is under scrutiny -- not necessarily the subject of any investigation or suspected of any wrongdoing -- in the FBI's probe.

Federal investigators are looking into meetings Kushner held in December with Russia's ambassador and a banker from Moscow, CBS News' Scott Pelley reported on "CBS Evening News" on Thursday. The banker, Sergey Gorkov, is the head of VEB Bank, a state-owned Russian entity that is the subject of U.S. government sanctions. Gorkov was trained by Russia's Federal Security Service, or FSB.

The Russia story continues to plague the Trump campaign. CBS News reported earlier this week that Mr. Trump asked top intelligence officials to defend him against claims that his campaign collaborated with the Russian government.