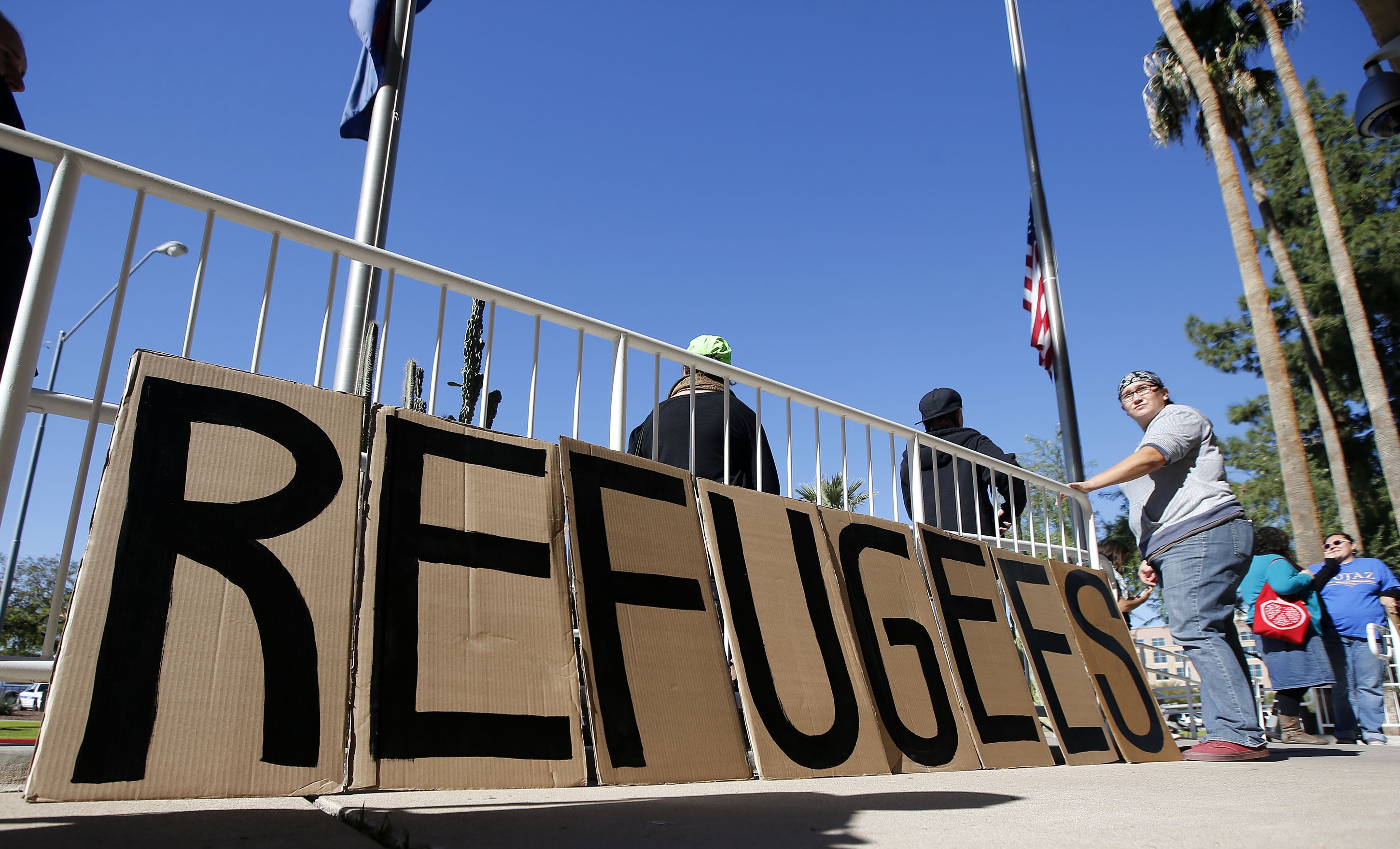 WASHINGTON -- The White House is proposing to offer governors individualized reports about refugees in their states.

White House chief of staff Denis McDonough said in letters to all 50 governors that upon receiving a governor's request, the State Department would send back a "tailored report" on refugees resettled in the last month and throughout the year so far.

A copy of the letter sent to Wisconsin Gov. Scott Walker was obtained by The Associated Press.

McDonough says the State Department would update the information monthly on a password-protected website. He says it would break down refugees by nationality, gender and age range.

The new system comes as 31 governors have sought to block President Obama from placing Syrian refugees in their states following the Paris attacks linked to the Islamic State of Iraq and Syria (ISIS).

States cannot legally block refugees from being resettled in their states, although they can remove funding sources that would make life more difficult to do so. The Office of Refugee Resettlement has also said in a letter to state resettlement officials that states may not deny benefits and services to refugees based their country of origin or religious orientation.

State Department officials have also briefed governors and mayors to reassure them the screening process for refugees is robust and secure.

That hasn't been enough for some. Texas Gov. Greg Abbott is threatening to take legal action against the International Rescue Committee, one of the nonprofit groups that helps resettle refugees across the U.S. They would not guarantee they would follow Abbott's orders not to accept Syrian refugees, CBS News Correspondent Manuel Bojorquez reported.

"Failure to cooperate violates federal law and your contract with the state," the state of Texas told the group in a letter.

The group responded in a letter that it hopes the state of Texas "will continue to honor this long-standing tradition and its commitment to the U.S. Constitution." They also offered to meet with Abbott.