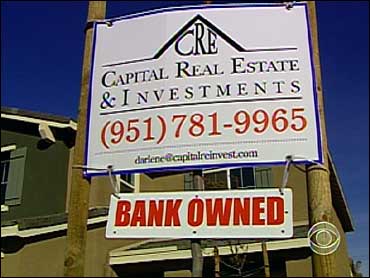 The Obama administration launched a new effort Monday to end a paralysis in lending, saying it will team with investors to sop up a half-trillion dollars of bad assets from banks that have been reluctant to make loans to consumers and companies.

In announcing the program, Treasury Secretary Timothy Geithner pleaded for patience, saying that work to rehabilitate an industry with such systemic problems must go forward despite "deep anger and outrage" over executive bonus payments.

Geithner's performance in President Barack Obama's Cabinet has come under heavy criticism from some in Congress. The secretary announced the initiative in a Treasury Department room with no cameras allowed. He was with Obama later in the morning, however, when the president spoke briefly, saying he was the latest plan will succeed.Mr. Obama called it "one more critical element" in a multi-pronged effort to revive the economy and said the depressed housing market is beginning to show glimmers of hope.Geithner said the new program will seek to harness government and private resources to purchase a half-trillion dollars of bad assets off the balance sheets of banks and said he expects purchases eventually could grow to $1 trillion.The latest rescue plan represents another test for the embattled Geithner, whose performance has come under heavy criticism from some in Congress.White House officials pressed their case that it was not about bailing out irresponsible financial institutions, but about improving the borrowing prospects for homeowners and small businesses. "It's always been about Main Street, Christina Romer, chairwoman of the White House Council of Economic Advisers told CBS' The Early Show Monday."We're not trying to rescue everyone. We're trying to rescue the system.", at least at the opening. In late morning, the Dow Jones industrial average was up 221 at 7,500. Reaction to an earlier administration bank rescue program on Feb. 10 was anything but enthusiastic, with dispirited investors sending the Dow Jones plummeting by 380 points.The administration's newest toxic-asset repellant was another in a string of banking initiatives that have included efforts to deal directly with mortgage foreclosures, boost lending to small businesses and thaw out the credit markets for many types of consumer loans.Administration officials said the plan put forth Monday will deploy $75 billion to $100 billion from the government's existing $700 billion bailout program for the purchase of bad assets - resources that will be supported by loans from the Federal Deposit Insurance Corp. and a loan facility being operated by the Federal Reserve.Under a typical transaction, for every $100 in soured mortgages being purchased from banks, the private sector would put up $7 and that would be matched by $7 from the government. The remaining $86 would be covered by a government loan provided in many cases by the Federal Deposit Insurance Corp., Geithner said the new program was designed to "resolve the crisis as quickly and effectively as possible at the least cost to the taxpayer. ... Simply hoping for banks to work these assets off over time risks prolonging the crisis."

Officials said they expect participation by a broad array of investors ranging from pension funds and insurance companies to hedge funds. To achieve that goal, the program would be set up to entice private investors with low-cost loans provided by the Federal Deposit Insurance Corporation and the Federal Reserve. The government itself would shoulder the bulk of the risk.

Geithner has said that the country cannot afford to simply wait for banks to work off these bad assets over time.

The government has been struggling since the credit crisis hit last fall to figure out a way to sop up the bad assets, many of them involving home loans.

Former Treasury Secretary Henry Paulson never did come up with a solution and the Obama team has been wrestling with the same thorny problems of how to price the assets and make sure the government's resources are up to the task.

The program surfaced after a week of Wall Street-bashing in Congress, where lawmakers were outraged with the action by troubled insurance company American International Group Inc. to distribute $165 million in bonuses after obtaining more than $170 billion in government bailouts to remain in business.

Mr. Obama, who also expressed outrage over the payouts, has nevertheless hinted his opposition to a quickly passed House of Representatives measure to tax such bonuses at 90 percent. The administration's reliance on private investors to buy up the toxic assets could mute the White House's support of the tax, as companies may question the government's intention to heavily tax the profits they make on such deals. Mr. Obama questioned the bill on constitutional grounds on 60 Minutes.

A CBS News poll released Monday shows that 65 percent Americans find it unacceptable for companies receiving federal bailout money to pay their employees bonuses, and a majority also say the government should try to recover the bonus money paid to AIG employees.

Some hedge funds and other investors have expressed reluctance to participate in the new program for fear that Congress will subject them to what they view as onerous restrictions on executive compensation.

But administration officials insisted that they believe they have found the right mix to attract private investors and make a dent in what, by some estimates, could be more than $2 trillion in troubled assets on banks' books.

They said the program has the capacity to purchase $500 billion and possibly as much as $1 trillion in troubled loans, which go back to the collapse of the housing boom and the subsequent tidal wave of foreclosures.

But private analysts believe that with the $700 billion bailout fund nearly tapped out by capital disbursements to banks and lifelines provided the auto companies and AIG, there are only enough resources left to get the asset purchase program launched.

Economists' reaction to the plan was mixed, with some saying that the measures would not go far enough in stemming the crisis.

Mark Zandi, an economist with Moody's Economy.com, estimated the government will need another $400 billion to make a sufficient dent in the bad asset problem.

Administration officials said they want to get the new program launched and see how successful it is before deciding whether to ask Congress for more resources.

The administration included a placeholder in its budget request to Congress last month for an additional $750 billion, more than doubling the financial rescue effort, but many lawmakers have said the current bailout fatigue among voters dims the prospect of getting further resources.

According to administration officials, the toxic asset program will include a public-private partnership to back private investors' purchases of bad assets, with government support coming from the $700 billion bailout fund. The government would match private investors dollar for dollar and share any profits equally.