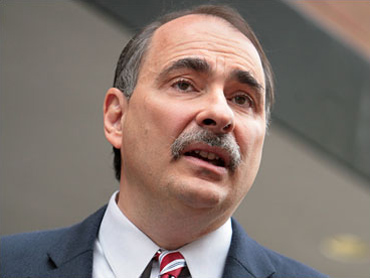 (AP)
The White House and the pharmaceutical industry are pushing back against allegations that one of President Obama's senior advisers is personally benefiting from industry cooperation on health care reform.

On Tuesday, the House Republican Conference published a one-page talking points memo that says, "Even as President Obama campaigned on a platform of change and transparency, recent dealings between the pharmaceutical industry and the administration raise serious questions as to whether the drug lobby is helping to bankroll a multimillion dollar severance package for one of the president's senior advisors."

The memo refers to two ad deals, worth a total of $24 million, bankrolled by the pharmaceutical industry that went to an advertising firm founded by White House Senior Adviser David Axelrod. Although Axelrod no longer works for AKPD Message and Media, his son works there, and the firm still owes Axelrod $2 million.

AKPD is in part responsible for two separate $12 million ad campaigns funded by in part Americans for Stable Quality Care, a coalition led by the Pharmaceutical Research and Manufacturers of America, the industry association also known as PhRMA.

The drug industry stands to profit greatly from Mr. Obama's health care plans and has negotiated deals with the White House to move the reform process along.

According to Politico, the pharmaceutical industry denies that the coalition chose AKPD to produce the ads because of its White House connections. In fact, PhRMA says it was not responsible in any way for choosing AKPD, regardless of the motivations.

"We're very involved in reviewing ad copy and determining targeted districts and states, but not in determining which consultants are hired to carry out the campaign," PhRMA vice president Ken Johnson told Politico. "That's left to the people who you hire to manage it." He points out that PhRMA is spending much more money airing its own ads.

A source familiar with AKPD's operations told Politico that the firm is not depending on the ad campaign to make its owed payments to Axelrod.