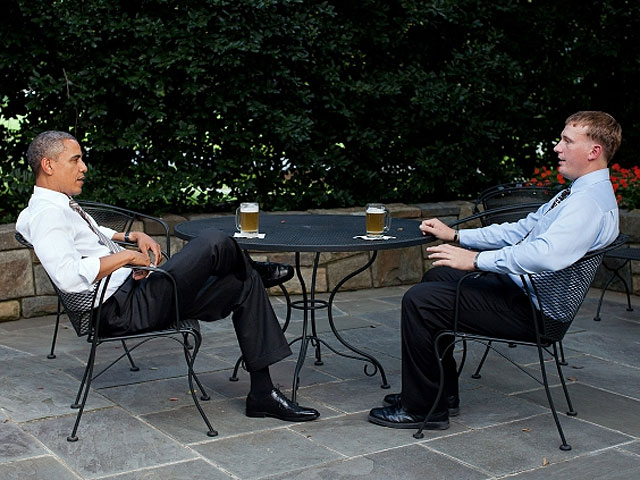 Former Marine Sgt. Dakota Meyer, who was awarded the Medal of Honor by President Thursday, had a simple but unusual request when White House staffers talked to him a few days ago, reports CBS News senior White House correspondent Bill Plante.

Meyer said he would like to have a beer with the president.

Great idea- right? And how could the president refuse?

So it happened. Mr. Obama and the war hero hung out together on the patio outside the Oval Office.

Wondering what brand they were drinking? Are you ready?

It was -- the White House's own brew, made with equipment the Obamas bought with their own money -- the first beer ever made at the White House, according to historians.

It is White House Honey Ale.

It was the first beer served at the Super Bowl party. A very small batch -- 90-100 bottles -- all consumed that day.

The White House chefs have been brewing since, a little at a time. There was some for St. Patrick's Day, another batch in June, and the beer served to Sgt. Meyer.

And just for the record: Home-brewing is legal in Washington, D.C.

Plante says he's never tasted it - but he keeps volunteering!