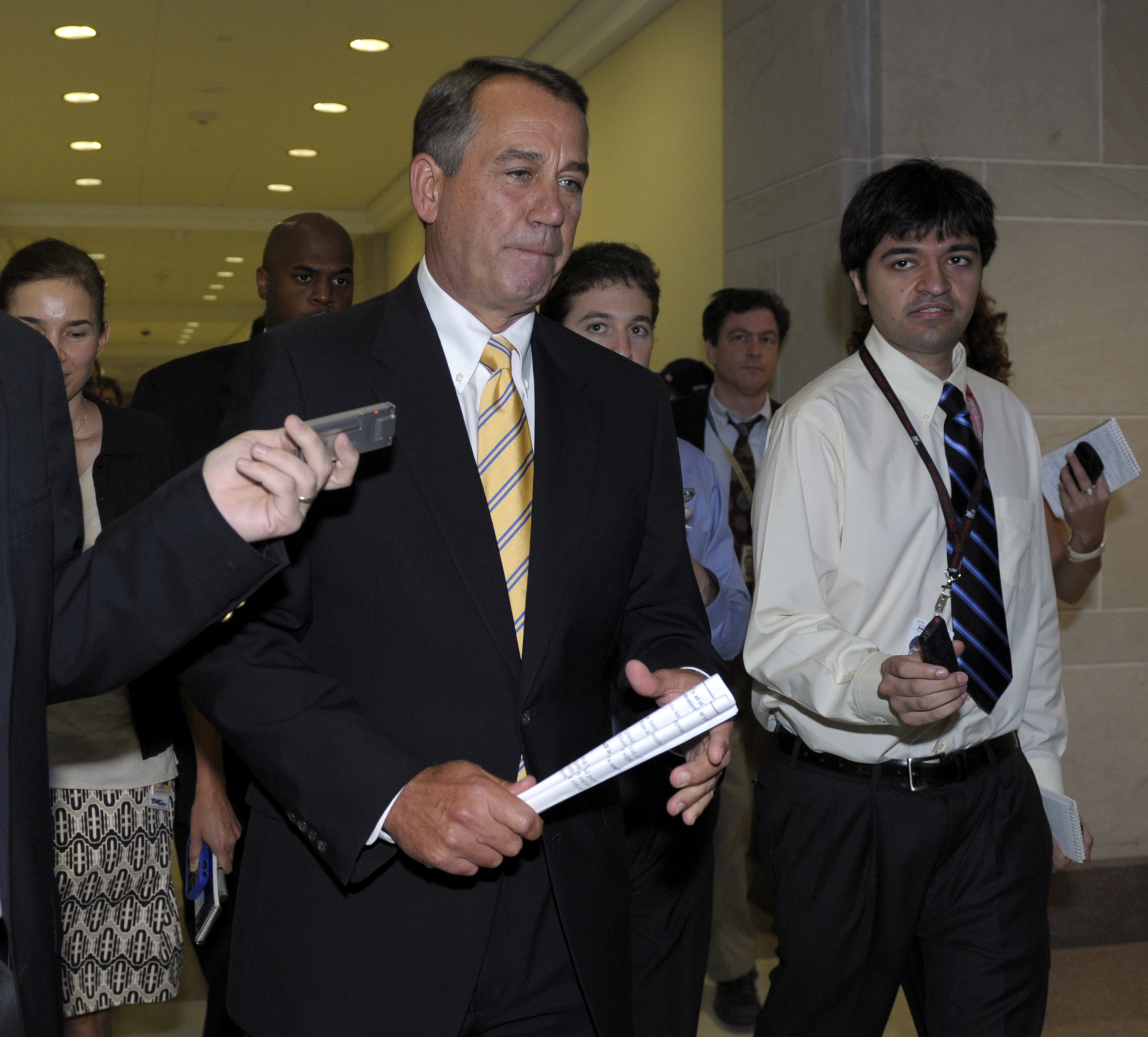 Both the White House and House Speaker John Boehner shot down a report from the New York Times today that lawmakers in Washington are close to reaching a significant deal for raising the debt ceiling and reducing the deficit.

"There is no deal, we are not close to a deal," White House Press Secretary Jay Carney said today. "The fact is there is no progress to report," but President Obama and congressional leaders are still working on "getting the most significant deal possible."

Lawmakers have until August 2 to raise the legal limit the U.S. government is allowed to borrow -- which currently stands at $14.3 trillion -- before the U.S. risks defaulting on its loans.

While he said they're not close to a deal, Carney said the White House is "absolutely confident that the debt ceiling will be raised."

When asked whether the White House would even acknowledge if lawmakers were close to a deal, Carney remained silent.

If leaders were close to a deal, it would put Boehner in a tough position, since the Senate is still debating the House-passed "cut, cap and balance plan" -- the GOP plan to make raising the debt ceiling contingent upon passing a balanced budget amendment. The "cut, cap and balance" plan has no chance in the Senate, but Boehner does not want to appear as if he's undercutting the House Republican caucus by already agreeing to another deal.

"While we are keeping the lines of communication open, there is no 'deal' and no progress to report," Steel told CBS News Senior Political Producer Jill Jackson. "We are still focused on the 'Cut, Cap, and Balance' bill that passed the House with bipartisan support, and hope the Senate will take it up as soon as possible."

The Senate today took up the "cut, cap and balance" plan and is expected to vote on it Saturday, even though Senate Majority Leader Harry Reid said the plan "doesn't have one chance in a million of passing the Senate."

Carney acknowledged today, "We are clearly under the gun here, the clock is ticking."

Last month, and earlier this month, officials suggested the president and congressional leaders had to reach a deal by July 22 if they wanted to actually move the legislation through Congress and get it to the president's desk before August 2.

In a July 5 press briefing, Mr. Obama said, "What I know is that we need to come together over the next two weeks to reach a deal."

Carney said that a large deal that includes $4 trillion in deficit reduction is still on the table. He said the White House's terms of negotiation have not changed and that any large plan must include raising tax revenues.

"It is absolutely essential that any grand bargain... be balanced, that it address all the long term drivers of our debt,"he said.