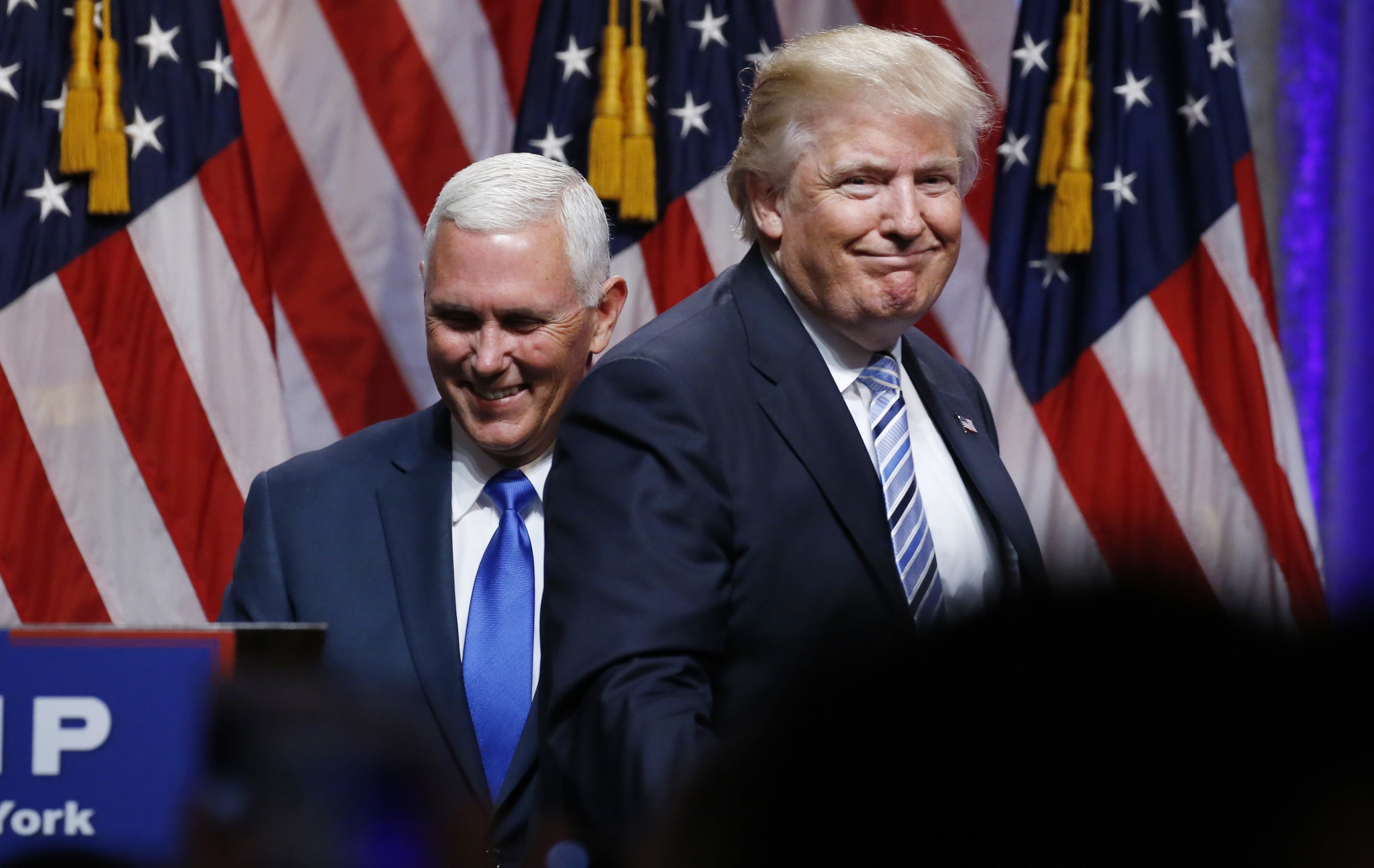 Last week at a campaign stop in Raleigh, North Carolina, Republican vice presidential candidate Mike Pence was asked a pointed question about his relationship with the man at the top of the GOP ticket, Donald Trump.

"I've been watching the news lately and I've been noticing that you've been kind of softening up on Mr. Trump's policies and words," said a rally attendee, an 11-year-old named Matthew Schricker. "Is this gonna be your role in the administration?"

The audience exploded in laughter, with the Indiana governor chuckling along.

After complimenting Matthew on the insightful question, Pence responded: "I couldn't be more proud to stand with Donald Trump, and we are shoulder to shoulder in this campaign."

"We have different styles -- you might have noticed that," Pence said, before adding: "Differences in style, Matthew, should never be confused with differences in conviction."

But the 11-year-old Trump supporter, who told reporters at the event later that his "concern was [Pence] wasn't going full on on Trump's views," had made a striking point.

Since Trump handpicked Pence as his No. 2, the pair have taken (sometimes wildly) divergent positions on several issues. And looking back at Pence's record in Congress and in Indiana's chief executive office, the two seem to be outright contradictory on major policy points, from economic matters like international trade agreements to social issues like abortion.

Here's a comprehensive breakdown of the policies where the two contenders on the Republican ticket split apart:

Since joining the GOP ticket, Pence has seemed to soften his objection after Trump began saying he would suspend immigration from countries linked to terrorism. He told Fox News in July that he was "very supportive" of Trump's position.

Trump, however, still has his original Muslim ban proposal listed on his website as a main policy plank.

Pence would uphold the NATO alliance, but Trump said he'd do so on a case-by-case basis. Last month, Trump was asked in a New York Times interview whether he would aid Baltic NATO countries if Russia chose to attack them. Trump said he'd only do so after determining that those countries "have fulfilled their obligations to us."

Pence, later that week assured Americans in a PBS interview that the U.S. would unequivocally back NATO countries: "We'll uphold our treaty obligations, including the mutual defense agreement that is NATO."

Pence supported the Iraq War, but Trump says "that was a war that we shouldn't have entered." In October of 2002, then-President Bush asked Congress for authorization to invade Iraq after the September 11 terrorist attacks the year before. Then-Rep. Mike Pence voted in favor of it, even speaking out strongly on the House floor about going into Iraq.

Trump, in several interviews and during numerous campaign stops, has slammed the Iraq War and the U.S. decision to invade. He's also skewered Hillary Clinton over her vote to enter the war.

In a "60 Minutes" interview last month, Trump told Lesley Stahl, "you went to Iraq, but that was handled so badly. And that was a war by the way, that was a war that we shouldn't have entered." Trump later said that he "was against the war in Iraq from the beginning," although he's also on record praising the invasion before his campaign began.

When Stahl mentioned that Pence "your running mate voted for it," Trump responded: "I don't care...It's a long time ago. And he voted that way and they were also misled. A lot of information was given to people."

And Pence's record on trade deals goes as far back as 2001, when he said on the House floor as a congressman that "Indiana benefited directly under the North American Free Trade Agreement...You can see that our existing trade agreements have truly benefited Indiana and the United States."

Trump, meanwhile, has derided trade deals as terrible for the U.S. economy, specifically singling out NAFTA and TPP as top transgressors.

Pence is not a fan of raising the federal minimum wage. Trump wants it up to $10 an hour from the current $7.25. Back in 2007, when the minimum wage was still $5.15 an hour, Rep. Pence voted down a bill that would have raised the federal rate to $7.25. And as recently as 2014, Pence expressed little openness to a spike in that minimum. When asked by Fox News if he would be in favor of lifting the minimum wage to $10.10 an hour, Pence said what while states "certainly have the ability" to do so, they should instead lift "the burden on businesses small and large."

Trump, in contrast, said last month at a rally in Doral, Florida that "the minimum wage has to go up -- at least $10."