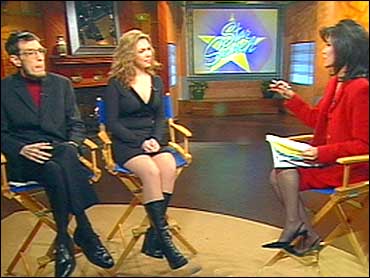 On "Star Search," even the losers can be big winners. Current stars such as Britney Spears, Dennis Miller, LeAnn Rimes, Drew Carey, Justin Timberlake, Alanis Morissette and Ray Romano actually lost to their competitors when the show first aired a decade ago.

The Early Show tracked down the folks who, once upon a time, beat two of these big-name stars. Michael "Geechy Guy" Cathers and Anna Nardona discussed their wins against Romano and Timberlake in the comedy and singing categories.

"Geechy Guy" was judged a funnier guy than "Everybody Loves Raymond" star Romano. He is still a stand-up comedian and is currently working at Circus Circus Hotel & Casino in Nevada. He has performed his stand-up comedy for late night television and Las Vegas shows. Geechy Guy says he has no regrets about not starring in a sitcom, such as Romano, because he loves performing for a live audience and is happy with his career. He also says he is happy for both his and Romano's success.

Nardona is now 20 years old and works at a day spa. But in 1992, as an 11-year-old, she beat a boyish Timberlake on "Star Search" and didn't even know it. On the program, the youngster went by name "Justin Randall."

After the winning on "Star Search," she continued to sing for a short time, but decided she wanted to "be a kid" again. She went to high school and still lives in Connecticut.

Nardona says she didn't realize she beat Timberlake until she was contacted by VH1 a few years ago. She says she is proud to say she beat the 'N Sync singer.

The song she sang when she competed against Timberlake was "Dreams to Dream," from the animated movie "An American Tale 2: Fievel Goes West."