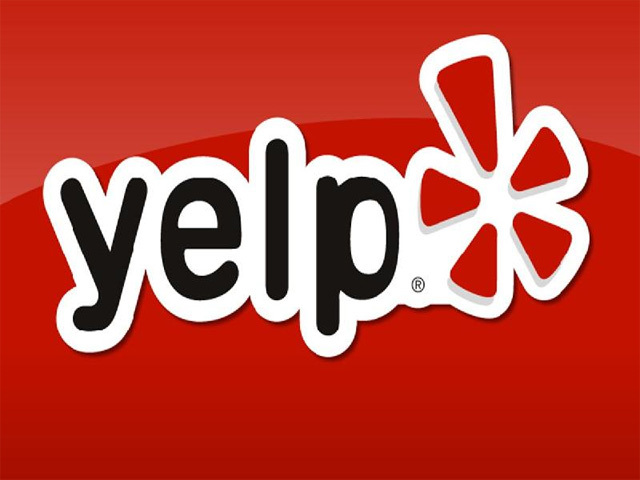 (MoneyWatch) COMMENTARY When Dr. Jeffrey Dorfman, director of the Center for Special Dentistry in New York City, decided to start advertising his business on Yelp in February, it was an experiment. One that, from his viewpoint, quickly went wrong.

He paid $315 a month for ads that would appear when people were looking for dentists in New York. When clicked, the ad would direct people to his Yelp page, which also had a link to his website. But the metrics display for his account didn't show the ad exposures he paid for. His ad rep's answers to his questions left him unsatisfied and he shortly cancelled further advertising.

There are small businesses that swear by Yelp ads, but according to experts, many may not get much in value and lack the marketing sophistication to understand that Yelp's rates are upwards of 100 times more expensive than other services.

Dorfman's page stats attributed 66 page visits in January to ad coverage (even though the ad only started the last day of the month). February showed 57 page visits, versus 16 the year before. Another graph showed ad clicks:

But he saw nothing that indicated his ad had shown 500 times.

"If someone asks to buy an ad that is to be shown 500 times, it's shown 500 times," explains Vince Sollitto, Yelp's vice president of corporate communications. "We provide our customers with a great deal of data to measure the effectiveness of their ads."

And yet in Dorfman's case, the data is confusing. According to an email he forwarded to CBS MoneyWatch, his 57 page views in February included a 4.55 percent click-through rate on his ad. That would mean 4.55 percent of the viewers had clicked through.

But as the second graph shows, the number of ad clicks was 16. That would be 4.55 percent of about 352 ad displays, not 500, suggesting that he had not received the impressions that his contract (which he also forwarded to CBS MoneyWatch) had promised. It also means that 72 percent of the traffic to his Yelp page had nothing to do with the ad.

Not to suggest that no business does well with Yelp advertising. Two advertiser references that Yelp had provided were strong in their praise. Wade Lombard, managing partner of Austin-based Square Cow Movers, said that the quality of customer that he gets from Yelp is far better than any other advertising medium he uses:

If I take every dollar that we make from Yelp and compare it to all of our other Internet marketing campaigns, it's not even close. But that is my specific isolated situation. I don't think everyone has the success story with Yelp that we have. Here's the deal. Yelp in itself I'm not convinced is effective. Yelp becomes effective exponentially when it's combined with happy clients. If you're not providing happy clients, it's a waste of your money."

David Navon, CEO Crown Limousine LA in Los Angeles, said that the difference he sees is in conversion rates: between 10 percent and 20 percent for leads that come from other advertising media and "nearly 50 percent for Yelp, if not more." He thinks that Yelp represents 18 percent to 20 percent of his business and "indirectly, who knows how much more?"

Those are impressive results, but, according to digital advertising expert and consultant Rocky Agrawal, they are hardly representational:

At the end of the day, Yelp is running an old line Yellow Pages advertising business where the rest of online is moving to performance based advertising. If you deliver value to me and you show you deliver value, I pay you. If you don't, I don't pay you. Yelp has been in this sweet spot with small businesses that don't understand online advertising and charging them stratospheric rates.

According to Agrawal, online ads sold on an impression basis, rather than a cost-per-action one, range from 60 cents to $6 per thousand. But at 500 impressions for $300 dollars, Yelp is effectively charging $600 per thousand.

Another potential problem is the quality of the site's search results. "I did things like searches for Costco in northern California and get ads for an art gallery far away," Agrawal says. "I did a search for a florist in San Francisco and got an ad for a stationery store. There's no quality control for the types of ads you're buying."

For a businessman like Dorfman, that makes even less sense when most of the traffic he was receiving came organically and not as a result of advertising.

"I love the site," says Jim Magary, principal of Boomient Consulting, an SEO and digital marketing consultancy. "But I have a bit of a problem of how they market themselves." Among other reasons, Magary is dubious about Yelp ads that then direct consumers to pages still on Yelp. "It's great to have a Yelp profile page, but I'm not going to pay to drive traffic to that page when I could get it to my page."

Sollitto's answer to the criticism was simple: "This is Yelp. You're purchasing an advertisement to go to your page on Yelp so people can see." He argues that the power of seeing recommendations is more powerful than what many small businesses would have on their websites, and that consumers can click a link to the company's own webpage, if they wish.

Depending on the type of business, the click-through and then conversion must be quite high, given the ad costs. "If you're a small restaurant owner with an average value per client of maybe $20, it takes a lot of clients to make it worth it," says Internet marketing consultant Raymond Fong. "I had a client who against my advice spent money on Yelp. He's essentially paying $70 per client coming to his restaurant, but they're [only] spending $20."

The final straw, according to Agrawal, is an automatic subscription model after an ad contract expires:

In the contract that I've seen, they require you to sign a three to 12 month contract, which is unheard of for this type of advertising online. They you get into the AOL subscription model. Initially people are disappointed but you can't get out of the contract because they have steep cancellation fees, like cell phone carriers. By the time the contract comes up, you've probably forgotten you've even signed up for it. A lot of these subscription-based businesses keep going because no one pays attention to the bill.

"I have a better opinion of the business savvy of most local businesses," says Sollitto, who says that Yelp had a 66 percent renewal rate among advertisers in the last quarter of 2011. "If anything, we're only seeing a growing demand among consumers for online consumer review content to help them make their online decisions."

And yet, subscription businesses can be tricky and dangerous. Look at AOL, which has lost considerable amounts of its subscription business, leaving it in a precarious position. The question now is whether Yelp, over time, will continue to see growth, or if its financial base could begin a similar downward spiral.