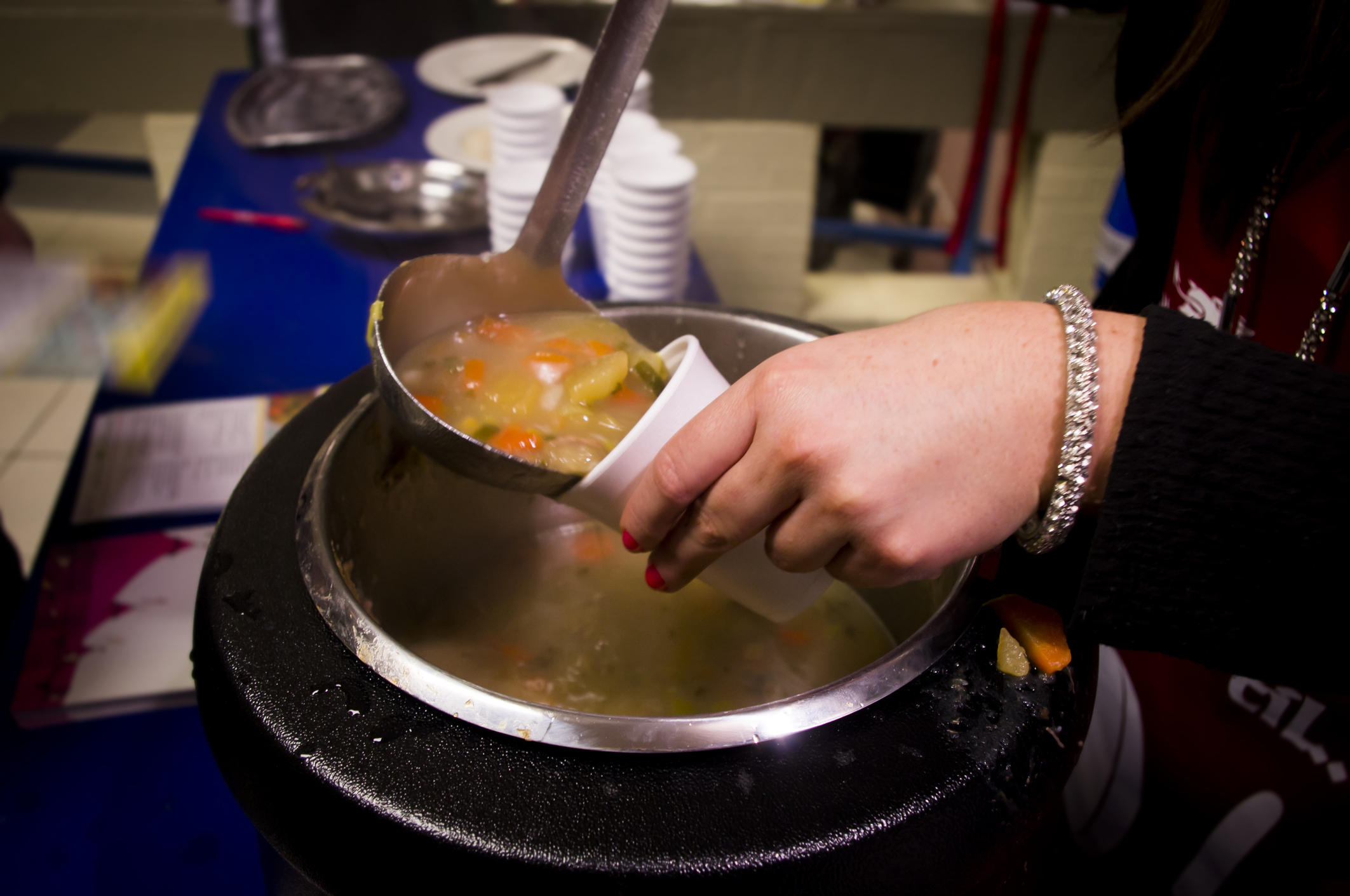 It is a sign of the uneven economic terrain impeding the recovery: Although U.S. consumer confidence is at its highest level in 15 years, a combination of stagnant wages and surging housing costs are leaving millions of people scrambling to afford food.

Forty-one percent of cities surveyed by the U.S. Conference of Mayors reported an increase in demand for emergency food assistance. More than half of the Americans applying for emergency food are employed, while only 8 percent were homeless, the study found. The cities with the biggest increases include Des Moines, Iowa, where the number of requests for food help jumped 15 percent, and San Francisco, where it rose 3 percent.

The culprit is the impact of two intersecting trends that is spelling trouble for many working families: slow wage growth in the post-recession years as well as sharply higher rents. In 2013, one of four renters paid half their incomes toward rent, a trend that’s projected by Harvard’s Joint Center for Housing Studies to only worsen over the next several years.

The increase in hungry Americans means that many food pantries and emergency kitchens have had to cut back in the size of servings they can provide, the Conference of Mayors found.

“It is concerning that even people who are employed continue to need the help of food pantries to make ends meet,” said Tom Cochran, the executive director of the U.S. Conference of Mayors, said in a statement.

About one-third of cities reported their emergency food kitchens and pantries had reduced the number of times families or individuals could visit each month, while 47 percent of cities said they had to turn people away or cut back their portions.

As 2016 draws to a close, food pantries around the country are reporting declining donations, although the cause isn’t due to less charitable individuals. Supermarkets, which have historically been among the biggest food donors, have become more efficient thanks to computer networks. That has reduced the amount of surplus food they have on hand to donate to food shelves, according to The Providence Journal.

At the same time, spending on the Supplemental Nutrition Assistance Program, or food stamps, has declined after the 2013 expiration of a benefit increase tied to the Recovery Act. The number of households getting aid under the federal program remains above pre-recession levels, according to the Center on Budget and Policy Priorities, a Washington think tank.

More cuts to food stamps could be coming. House Republicans want to overhaul the SNAP program, with The Associated Press reporting that the GOP may seek to strengthen work requirements or tighten eligibility, which could strike some food stamp recipients from the rolls.

Renters need to earn at least $20.30 per hour to afford a modest two-bedroom apartment in the U.S., according to the National Low Income Housing Coalition. Its 2016 report on housing affordability noted that hourly wages for workers in the bottom 10 percent of the income distribution rose just 0.2 percent from 2007 to 2015, while the top 5 percent saw income growth of 8.7 percent over that time.

Meanwhile, the amount of affordable housing hasn’t kept up with demand, the NLIHC found. The number of apartments around the U.S. that rent for less than $400 increased by 10 percent from 2003 to 2013, and the number of households who needed these low-cost apartments jumped by 40 percent.

“This burden makes it difficult to afford other basic necessities like healthy food and medication and to save for financial emergencies,” the NLIHC said.

An analysis of household expenditures by The Pew Charitable Trusts found that many middle- and low-income American households are now caught in a financial stranglehold. Costs for essentials such as housing, food and transportation have surged over the last two decades, while income hasn’t kept up. Its study found that low-income Americans end up in a financial hole of $2,300 on average because basic costs are outpacing typical income.

Interestingly, it’s not necessarily the most expensive U.S. cities where families face the greatest rent burden. The three cities where residents are paying the greatest portion of their income in rent are Hialeah, Florida (57 percent); Detroit, Michigan (48 percent) and Miami, Florida (48 percent), according to a December analysis of Census data from RentCafe. Because workers in expensive cities such as San Francisco tend to earn higher wages, they’re more capable of handling higher rents.

Advocates for affordable housing are sounding the alarm about what President-elect Donald Trump’s policies might mean for low- and middle-income families. His pick to run the Department of Housing and Urban Development, former neurosurgeon and one-time presidential rival Ben Carson, has no experience in housing policy and has criticized the social safety net.

Still, the more stubborn problem may be addressing an economy that increasingly rewards the highest-earning Americans, while providing only small income gains to everyone else.

3 problems with a market-based health care plan
Thanks for reading CBS NEWS.
Create your free account or log in
for more features.
View CBS News In
CBS News App Open
Chrome Safari Continue
Be the first to know
Get browser notifications for breaking news, live events, and exclusive reporting.