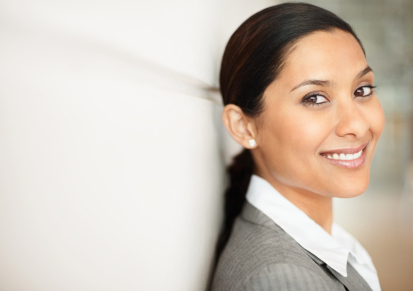 (MoneyWatch) For centuries, women have been referred to as the fairer sex. I could not find a satisfying explanation of the origin, but it's a fair guess it was coined by a male, probably because he found women more attractive than men. One thing we do know is that when it comes to investing, and financial matters in general, women are definitely the fairer sex. Let's see why this is true.

The Spectrem Group conducted a survey to determine if the Mars/Venus divide extends to financial matters. The following is a summary of its findings:

The surveys raise some interesting questions:

Fortunately, there are academic papers to help us answer these questions. Thanks to a series of studies, we know that the greater confidence of men in their financial skills, which probably contributes to their willingness to take on more risk, isn't justified -- women investors have achieved superior results. The following is a brief summary of that evidence.

The study "Boys Will Be Boys" examined the role that gender played in investment returns. The study covered the performance of 35,000 households at a large brokerage house from February 1991 to January 1997. The authors found that both women and men were lousy stock pickers -- both sexes produced returns below appropriate risk-adjusted benchmarks. On average, the stocks they bought went on to underperform, and the stocks they sold went on to outperform. Both sexes would have been better off if they simply held the portfolios they began the year with. However, because women traded less, incurring lower costs, they produced higher net returns, the only kind you get to spend.

It seems likely that turnover rates are highly correlated with confidence levels. The most confident tend to trade the most. And men are more confident than women. For example, authors of the study "Patterns of Investor Strategy and Behavior Among Individual Investors" found that men believed that returns are more predictable than do women. Overconfidence is an all-too-human trait, and when it comes to investing, it is an expensive behavioral error because those who trade the most perform the worst. The authors of the paper "Do Investors Trade Too Much?" found that the average individual who traded the most underperformed a market index by more than 5 percent per year. On a risk-adjusted basis the underperformance increased to 10 percent per year.

Another explanation for the higher level of trading is that men may have a greater preference for gambling than women, accounting for their greater trading activity and lower net returns.

Setting women's superior results, the evidence demonstrates that both sexes would be better off giving up the hope of outperforming the market. They would both be better off joining the trend toward indexing and passive investing in general.

The research also shows that women's more conservative approach to finance in general is also the right strategy. For example, the paper "How Important is Asset Allocation to Financial Security in Retirement?" examined which metrics are the most important to achieving one's goals. The authors looked at how allocating assets, delaying retirement, tapping housing equity through a reverse mortgage and controlling spending impacted the ability to retire having achieved one's financial goal of a certain amount of spending. The following is a brief summary of the findings. As you review them, keep in mind that the findings are based on the average family, which typically has little in the way of financial assets. The greater one's financial assets, the greater the impact the asset allocation decision will have.

The analysis then looked at how important the asset allocation decision was relative to the impact from the other levers. While a higher expected return from a higher stock allocation does mean that smaller contribution rates are required, it's not a free lunch -- it comes with more risk. The authors found that even ignoring risk, the required saving differentials are less than those associated with ages for starting to save and the age of retirement. They found than an individual can offset the impact of a 2 percent return instead of a 6 percent return by retiring at 67 instead of 62. And the further along people are in their career, the more effective working a few years longer becomes.

The authors concluded that for the average individual starting early and working longer were far more effective levers for gaining a secure retirement than earning a higher return.

Why white collar criminals often get away
Larry Swedroe