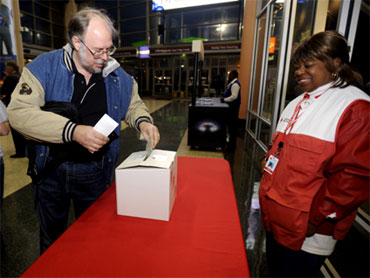 In a reporter's life there are stories - some interesting, some not - and then there are moments to remember.

This weekend was one of those. When George Bush and Bill Clinton sat down together and said helping those in Haiti overrode politics, it symbolized that this was one of those times when the country comes together.

In this day of mean and polarized politics, we find no shortage of one-upmanship, pettiness, and those seeking partisan advantage. The politicians love it and have somehow come to believe it helps them, when in fact it has just the opposite effect.

My evidence of that? Well, there was a time when people wanted their children to grow up to be president. How often have you heard anyone express that wish lately? Or even that their child do anything associated with politics?

But here is the good news. When Americans have to come together, we always do, as we did after 9/11.

The reaction to Haiti may have been more remarkable than our response to 9/11 because 9/11, after all, was about us. This past week was about the suffering of others.

Yet with the exception of a few loons and professional partisans, Americans opened their hearts and their billfolds - and they did so even though America itself is in the midst of hard times.

So it was good to see Bill Clinton and George Bush sitting together, good to know that in times past they drew strength and counsel from each other.

That's how Americans want their leaders to act. Too often they don't.

Freshmen representatives on "Face the Nation"