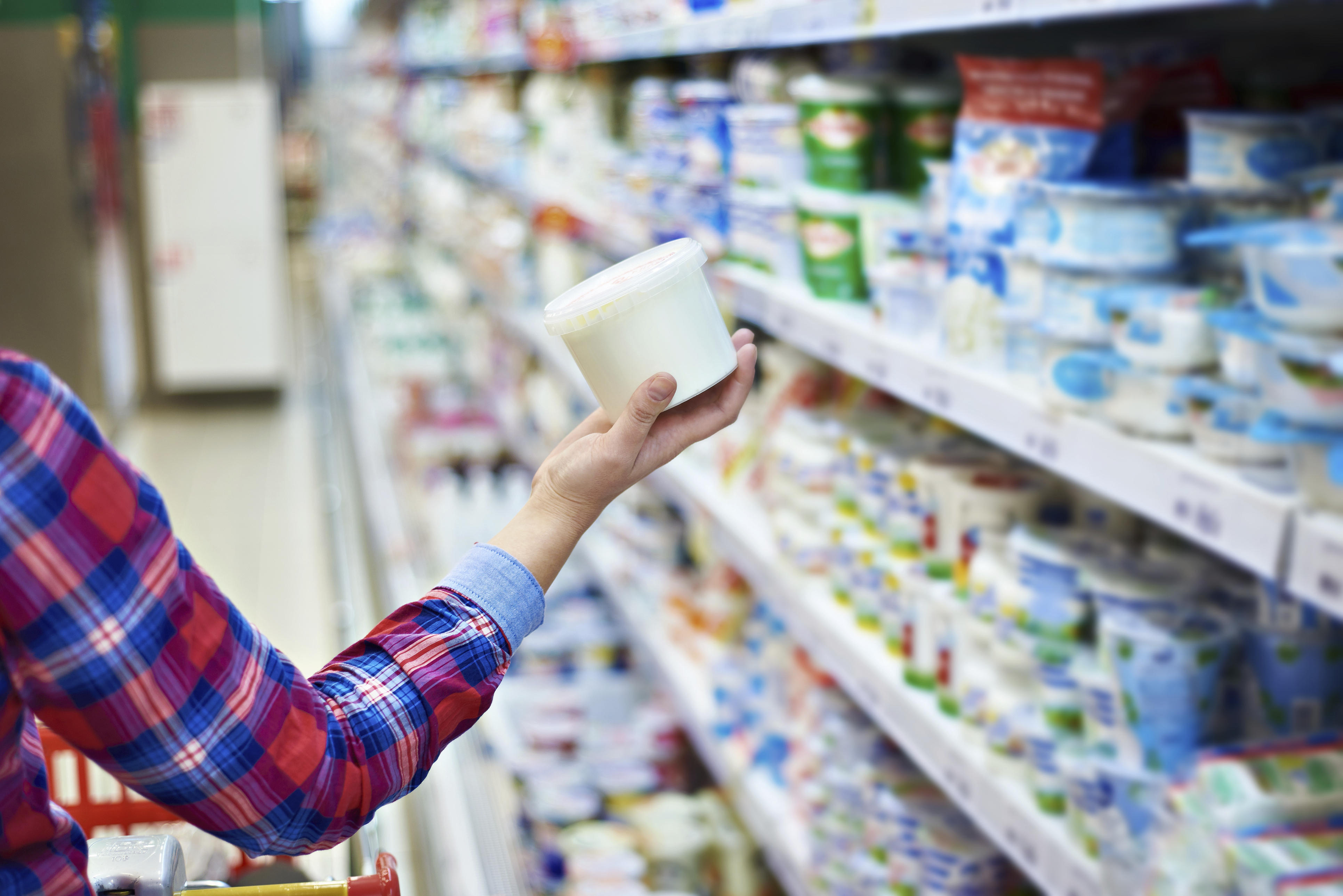 If low-fat yogurt is blended with fatty ingredients like coconut or chocolate, is it still low-fat? Is it even yogurt?

The U.S. government has rules about what can be called "yogurt," and the dairy industry says it's not clear what the answers are. Now it's hopeful it will finally get to use the term with greater liberty, with the Trump administration in the process of updating the yogurt definition.

The industry push to open up the yogurt standard illustrates how fraught it can be to define a food, especially as manufacturing practices and consumer tastes change.

Timothy Lytton, a professor of law at Georgia State University, notes the economic and political factors that determine food standards. "These are social constructions," Lytton said.

Government standards exist for a range of packaged foods, mostly for one-time pantry staples such as bread, jam and canned peas. The standards were supposed to ensure a level of quality as mass production took hold decades ago.

But writing those rules sometimes turned into a bureaucratic nightmare — peanut butter's definition took more than a decade — and regulators eventually stopped setting new standards. That's part of the reason foods like ketchup have rules, but others like mustard don't.

The ongoing dispute over yogurt offers a taste of how sour things can get.

The Food and Drug Administration established a standard for foods labeled as "yogurt" in 1981 that limited its ingredients. The industry swiftly objected. The following year, the agency suspended enforcement on various provisions and allowed the addition of preservatives.

A never-finalized 2009 proposal offered a unified standard and allowed emulsifiers as well. The yogurt industry says that has cultivated confusion and left it vulnerable to lawsuits.

"What's the rule? I mean, make a rule," said Bailey Wood, spokesman for the International Dairy Foods Association, whose members include Chobani, Danone and Yoplait.

Adding to the confusion, the association says yogurt makers can opt to follow the 1981, 1982 or 2009 provisions in the absence of a final rule.

MILK AND OTHER DAIRY STANDARDS REVIEWED

FDA Commissioner Scott Gottlieb is reviving the matter with plans to "modernize" the standards. Milk producers take it as a sign the agency will crack down on soy and almond drinks that call themselves "milk," which the standards say comes from a cow.

Gottlieb has also called out yogurt as a category where there have been "innovations." An FDA email from June obtained by The Associated Press through a public records request includes "rulemaking action" for yogurt, though the attachment with the details was not released.

In addition to finalizing a yogurt standard, the International Dairy Foods Association is renewing its push to get rid of the requirement that regular yogurt have at least 3.25 percent milkfat. It says that causes confusion over products that mix low-fat yogurt with ingredients like coconut that push up the fat content.

The resulting product can be called neither "low-fat" nor "yogurt," the association says.

Instead, the association says regular yogurt should simply be required to have more than 3 grams of fat — whether it's from milkfat, coconut, chocolate or other ingredients. If the overall product has 3 grams of fat or less, then it could be labeled low-fat in line with the broader definition of "low fat," the group says.

Industry complaints about the standards aren't new. It's one reason finalizing the rules for peanut butter was such an ordeal.

The FDA proposed a peanut butter standard in the late 1950s after investigating Jif for having just 75 percent peanuts, according to Angie Boyce, a fellow at the Johns Hopkins Berman Institute of Bioethics who researched food standards.

The Peanut Butter Manufacturers Association objected, saying ingredients like oils and sweeteners make peanut butter tastier and easier to spread. Disagreement over exactly when a peanut spread turns into peanut butter spiraled into a yearslong fight.

It wasn't until 1970 that the FDA drew a line: Peanut butter needs to be at least 90 percent peanuts.

The Association for Dressing & Sauces has also been calling for the repeal of the standard for French dressing, given the proliferation of dressings like Ranch and Italian that do not have standards. The FDA appears to be preparing to grant that wish, according to an April email .

Over the years, the FDA moved away from trying to establish new standards in favor of requiring products to list ingredients and nutrition information, said Xaq Frohlich, a professor of food labeling at Auburn University.

The policy shift was partly a response to the rise of low-fat diets, he said. Products that may have once been considered cheap imitations were suddenly desirable because they didn't conform to the standards for fat.

Debate around what foods can be called is popping up again as startups develop alternatives to meat and other products. It's a reminder of how messy it can be to spell out food meanings.

"Even if they seem right at the moment, they can very quickly become outdated," said Stuart Pape, an attorney who previously worked for the yogurt industry and vegan alternatives.

Food-makers can also get around existing standards with a little creativity.

A product named "Bred-Spred" once defied expectations for jam. Cool Whip skirts the milkfat requirement for whipped cream. And in the yogurt section, there's now a nondairy product called Cashewgurt.

Such newcomers may be why the dairy industry still wants some guardrails around yogurt.

"You can't make something completely out of the line and call it yogurt," said John Allan of the dairy foods association.

The most expensive cat breeds in America

15 AAA discounts you're missing out on
View CBS News In
CBS News App Open
Chrome Safari Continue
Be the first to know
Get browser notifications for breaking news, live events, and exclusive reporting.