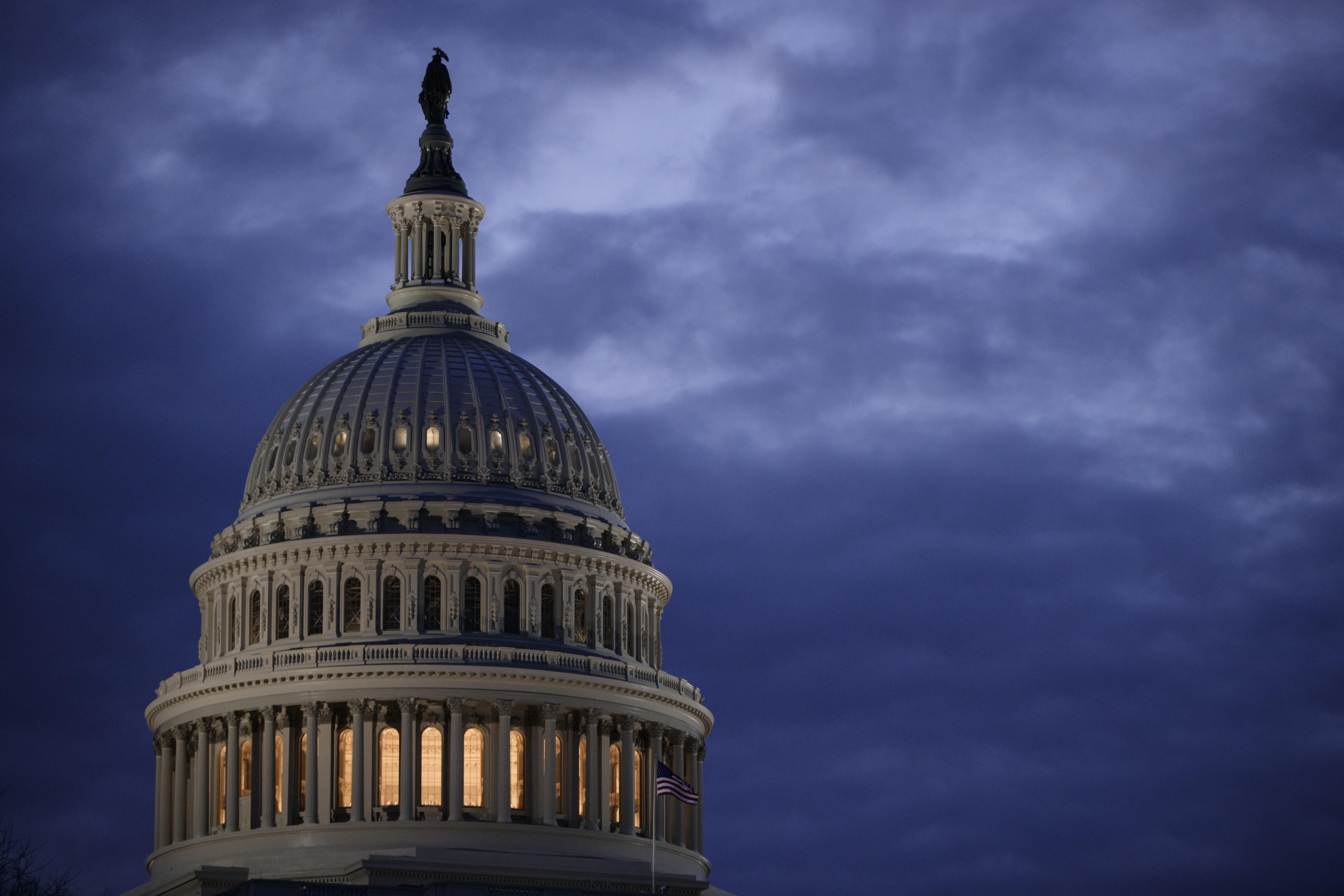 This isn't triggered by a recession, but by Congress's pattern of flirting with a possible default as the deadline to raise the debt ceiling reaches the eleventh hour. Now, 100 years after it was created, some argue lifting the debt limit has become obsolete.

The debt ceiling was designed in 1917 to simplify the way the U.S. government's process to borrow money to finance already-made payments and the modern-day version was set up in 1939.

President Trump last week questioned its purpose: "For many years, people have been talking about getting rid of the debt ceiling altogether," he said. "Certainly that is something that could be discussed." Mr. Trump then confirmed that he discussed the idea at an Oval Office meeting with top congressional leaders a day earlier.

Senate Minority Leader Chuck Schumer, D-New York, brought it up with Mr. Trump during the meeting and he and Vice President Mike Pence expressed support and interest, according to a person familiar with their conversation. Schumer said that he would talk to his caucus and they might be able to work on the deal, whose developments were first reported by The Washington Post, in December. The president agreed they should pursue it.

Congress, of course, would need to pass legislation to change the debt ceiling requirement.

What would it mean exactly to eliminate the debt limit?

"In all honesty, it would mean absolutely nothing," said Steve Bell, a senior adviser at the Bipartisan Policy Center, who added that it would just eliminate the uncertainty surrounding it.

"It has never worked," said Bell, who previously served as the Senate Budget Committee's staff director. "The debt limit, as a legislative vehicle to slow down spending, has been an utter failure and counterproductive."

Technically, repealing it would just mean that Congress doesn't set a cap on the amount of money the government borrows to pay its bills.

Are there any other options besides getting rid of it?

Maya MacGuineas, president of the Committee for a Responsible Federal Budget, argues that instead of eliminating it, lawmakers can reform the process.

"Eliminating the risk that it's posed to the economy when people have threatened to not lift it is certainly desirable," she told CBS News. "But -- and it's a pretty big but -- getting rid of the one stop on additional borrowing without replacing it with something more sensible seems like as much of an end-run around fiscal responsibility as it doesn't attempt to really fix a problem."

Wait -- why is the debt limit a problem?

Whenever the deadline to lift the debt ceiling has neared in recent years, a number of conservatives have threatened a default because they demand spending cuts in exchange for raising the borrowing cap. But because of the political makeup of Congress, lawmakers always wind up passing a so-called "clean" increase with no offsets.

These debates have sometimes occurred so close to the deadline that dire warnings are issued about an unprecedented default.

Before the 1990s, the ritual of raising the debt ceiling came with much less drama. But the debt limit debate "intensified" during the Clinton administration, wrote Jack Lew, in his final weeks as Treasury Secretary in January, in a piece published by Harvard Journal. According to Lew, Republicans in 1995 and 1996 used the debt limit as a "high-stakes bargaining chip" to put the focus on then-House Speaker Newt Gingrich's "Contract with America."

It has indeed become much more of a political tool than a fiscal one. Even President Obama, when he served in the Senate, voted against a debt limit increase under President George W. Bush in 2006 because it lacked a plan to reduce the deficit. He later said he regretted that decision.

Who else is in favor of removing the debt ceiling -- or at least changing it?

Former Treasury Secretary Jack Lew wrote in his January article that the current process is outdated.

"In my view, the current system presents grave risk and no longer serves the United States well," he said.

Debt limit brinkmanship in itself, he argued, has led to declines in stock prices, a downgrade in the U.S. credit rating and intensified volatility in the financial markets.

"However Congress chooses to exercise its Constitutional role with regard to our nation's debts, whether to abandon the debt limit entirely or to adopt a new course that addresses the current risks, one thing is clear: the current debt limit regime has outlived its usefulness," he wrote.

Former Treasury Secretary Robert Rubin told The Washington Post in 2011 that there shouldn't be a debt ceiling, saying, "it's an anachronism." President George W. Bush's first Treasury secretary, Paul O'Neill, told Slate that year, "It is hard to make a rational argument for the debt ceiling as it is now structured" and that he would "happy to give up the current version."

Moody's, the credit ratings agency, has also suggested that the U.S. should eliminate the debt limit to reduce uncertainty for bond holders.

Is there any support in Congress for killing it?

Amid the latest debate to increase the debt ceiling, Rep. Brendan Boyle, D-Pennsylvania, tweeted it is "insane" that one even exists and introduced a measure to abolish it. In an interview with CBS News Tuesday, he criticized lawmakers who have threatened to not increase it.

"The reality is that Congress has already voted to spend this money in the first place," Boyle said. "The idea that we wouldn't raise the debt limit is sort of like when you've bought something on your credit card and a month later, the credit card bill gets to you and becomes due, you suddenly decide you're not going to pay your credit card bill. I really see absolutely no upside to having the concept of a debt limit and only [a] downside.

Republicans, however, appear skeptical of any plan to nix the debt ceiling. Speaker Paul Ryan, R-Wisconsin, seemed to pour cold water on the idea last week.

"I won't get into a private conversation that we had [at the White House], but I think there's a legitimate role for the power of the purse of the Article 1 powers, and that's something we defend here in Congress," he told reporters.

Many lawmakers could be wary of the idea given that one of their most basic responsibilities is power of the purse -- that is, the power to control the funding of the federal government. It could be a long-shot that Congress would be willing to give that up.

Well the legislation Congress passed last week to provide aid for the Hurricane Harvey relief effort and keep the government funded expires Dec. 8. The latest debt ceiling increase was tied to that bill, but because the Treasury Department can use its extraordinary measures to extend push back the deadline to increase it again, lawmakers likely won't have to face the issue again until sometime in 2018.