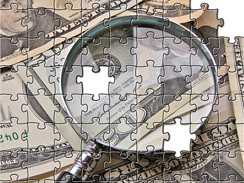 (MoneyWatch) PIMCO founder Bill Gross's recent missive about the death of stocks may have been off the mark in several areas, but he was right about one thing: You shouldn't rely on historical returns to predict future returns. Here's one way to look at what investors can expect on stock returns.

Studies have found that relying on past returns when predicting future returns is likely a mistake. In fact, New York University finance professor Aswath Damodaran examined the period 1960-2011 and found that if past returns were higher than average, future returns were more likely to be lower, and vice versa. However, Damodaran did find that forward-looking metrics like the earnings-to-price ratio (the inverse of the price-to-earnings ratio) actually had predictive value.

As Damodaran notes, the E/P becomes the required return on stocks if firms are in stable growth, earning no excess returns. If we then subtract the risk-free rate (which is the rate of return on one-month Treasuries, currently about zero) from the E/P, you have the equity risk premium. The current P/E ratio is about 14, making the E/P about 7 percent. With a zero riskless (one-month T-bill) rate, the equity risk premium would also be 7 percent (expected, not guaranteed).

Before moving on, it's important to note that historically there has been some "slippage" in the earnings yield. The reason is that not all future returns go to current stockholders. Some will accrue to companies (and their owners) that don't yet exist. Based on the historical evidence, it seems appropriate to assume a slippage of about 1 percent. Thus, instead of forecasting real returns of 7 percent, based on the current E/P, one should look more to a real return of 6 percent. That's quite a bit higher than the current yield of about -0.6 percent on 10-year TIPS or about 0.1 percent on 20-year TIPS. Thus, it appears that the equity risk premium is alive and well, and not much below its long-term historical average.

Note that this approach to forecasting helps explain the poor returns since 1999. The earnings yield at the end of 1999 was just 3.5 percent, less than half today's level and the historical average. That meant that even if valuations (P/E ratio) had remained unchanged, future returns were going to be much lower than their historical average. And if the P/E reverted to its mean (which it did) returns would be much worse. And they were.

Damodaran isn't alone. Another study by financial theorist Clifford Asness, covering the period 1881-2001, also concluded that over 10-year horizons the E/P ratio had strong forecasting powers. Thus, the higher the E/P ratio, the higher the expected returns to stocks, regardless of the level of interest rates, and vice versa.

What's important to take away from these studies is that valuations matter in forecasting returns. The future (at least based on valuations) doesn't look anywhere near as bleak as Gross projected. Of course, the outcome could be entirely different. That's the risky nature of stocks, which leads us to the last point we should discuss.