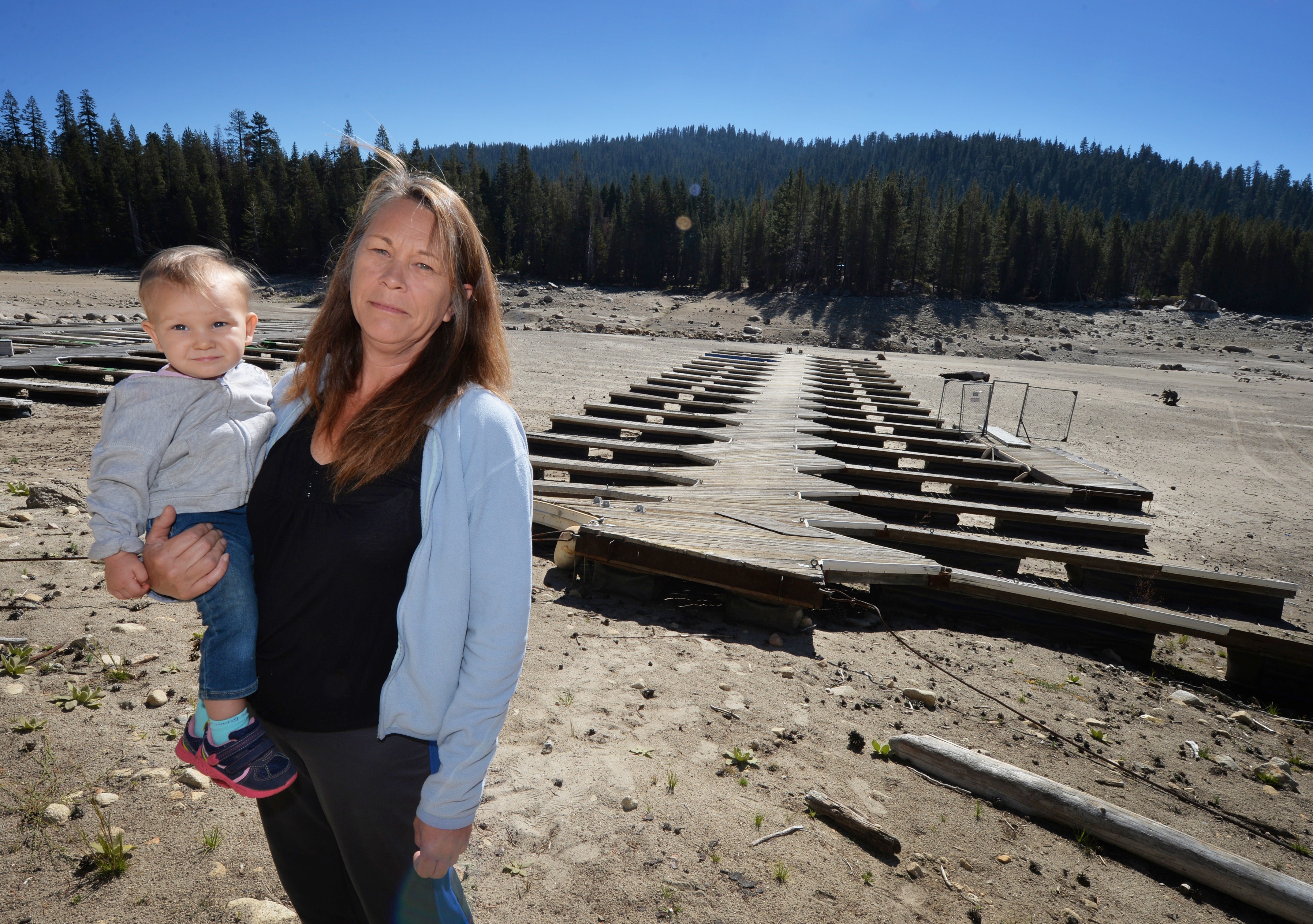 If you figured the storms that wreaked havoc on California this month would signal the end to the state's historic drought, think again.

Storms this month dropped 11 inches of rain in some parts of the state and triggered mudslides in other areas, damaging many homes. The deluge helped bump up the state's largest reservoir from 26 percent to 31 percent of capacity and dumped 94 billion gallons - about a one-year supply for 540,000 families.

That sounds like a lot, but it's three orders of magnitude smaller than what California requires. A new analysis from NASA satellite data concluded that the state would need 11 trillion gallons of water to recover from its three-year dry spell.

That's roughly equivalent to filling up Lake Meade, the U.S.'s largest reservoir, one and a half times.

Though welcome, the rains are, pardon the pun, a drop in the bucket, according to Jay Famiglietti of NASA's Jet Propulsion Laboratory in Pasadena, who spoke this week at the American Geophysical Union meeting in San Francisco.

"We will need two or three winters of above average precipitation," Famiglietti told CBS News. "Every rain storm is like a deposit in a bank account but the size of the deficit is so big. We are going to need a lot of rain to accumulate that storage."

California has been in the grip of a drought that has drained lakes, stifled agriculture and even hit some turtle populations especially hard. As the drought worsened in the past year, scientists trying to forecast the impact, and policymakers hoping to dampen it, have often struggled with a lack of complete data on which to base their plans.

NASA is helping to change that.

Using data from NASA's Gravity Recovery and Climate Experiment (GRACE) satellites, NASA scientists were not only able to show what is needed but to determine for the first time how much water has been lost over the years.

"Spaceborne and airborne measurements of Earth's changing shape, surface height and gravity field now allow us to measure and analyze key features of droughts better than ever before, including determining precisely when they begin and end and what their magnitude is at any moment in time," Famiglietti said. "That's an incredible advance and something that would be impossible using only ground-based observations."

The Sacramento and San Joaquin river basins, in California's Central Valley, are considered the "water workhorses" of the state. The area is home to one of the most productive agricultural regions in the world, and also contains the Sierra Nevada mountain range, which provides crucial water when its snow melts in the spring.

Since 2011, Famiglietti said, they have seen a combined decreased in volume of four trillion gallons of water each year (15 cubic kilometers). That equates to more water than California's 38 million residents use domestically each year.

The new data reveal that about two-thirds of the loss is due to depletion of groundwater, which is a politically charged issue in California.

"There is basically no restriction on the groundwater use," Famiglietti said. "Farmers don't have access to water in reservoirs and water in rivers. They have to use groundwater," which is now known to be in short supply.

The state passed a landmark groundwater bill this year that among other things included management, monitoring and enforcement of water use.

But while it is welcomed, Famiglietti said the new law would not be a panacea in the short term.

"That will be years before that policy gets implemented and sustainability plans get written," he said. "You are talking about a couple of decades before you feel the impact."

In the meantime, as groundwater remains a precious commodity, another crucial source is also coming up short.

Data also released Tuesday by NASA's Airborne Snow Observatory indicates that snowpack in California's Sierra Nevada range - a key source of spring runoff - is only half of previous estimates.

"The 2014 snowpack was one of the three lowest on record and the worst since 1977, when California's population was half what it is now," said Airborne Snow Observatory principal investigator Tom Painter of JPL.

"Besides resulting in less snow water, the dramatic reduction in snow extent contributes to warming our climate by allowing the ground to absorb more sunlight. This reduces soil moisture, which makes it harder to get water from the snow into reservoirs once it does start snowing again."

Painter said the new data should remind water managers across the West to be conservative when factoring snow packs into their projections.

"We've always thought that, if you go to higher elevations, there is more snow," Painter said. "What we found is that assumption is quite wrong, at least in 2014. Going with that assumption could put us in a bad place because we would think there was more snowfall and water equivalent than there actually is."

The researchers were unable to say how long the current drought would last, although some studies have said it will definitely be a dry 2015 and that the state could be in for a 100-year dry period.