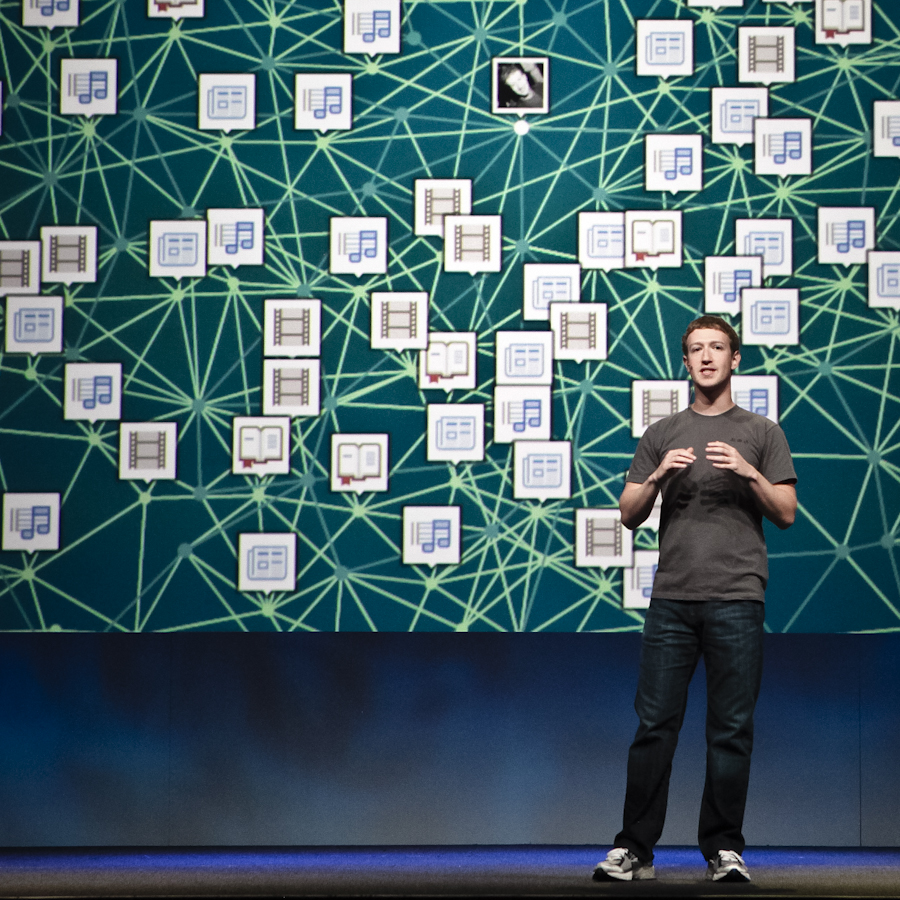 Despite running a site that promotes sharing and, at times, oversharing, Facebook and CEO Mark Zuckerberg have traditionally erred on the private side.

But that all ends once Facebook goes public. The social-networking titan is expected to file for its initial public offering as early as tomorrow.

The S-1 filing to the U.S. Securities and Exchange Commission typically gives outsiders their first chance to get an intimate look inside a company. With a potential valuation as high as $100 billion and a user base of 750 million people, the scrutiny over Facebook will be intense.

"Everyone is looking forward to learning more about the specifics of the business in an attempt to understand how Facebook will have an impact on the Internet," said Carlos Kirjner, an analyst at Sanford Bernstein.

Sure, Wall Street firms and potential investors will be poring intensely over the financial goodies. But S-1 fillings tend to offer a treasure trove of juicy details. Here are some of the goodies for which people will be searching the filing.

Financials: A lot of potential investors will be kicking the tires of Facebook and inspecting its numbers. Sure, the company has a massive user base, but how has that translated into revenue and earnings growth? Reuters provided a glimpse a few months ago, noting that the company's revenue in the first half of last year doubled to $1.6 billion, while its net income in the period was nearly $500 million. That's a nice start, but Wall Street will want to see if the company is still on the same growth trajectory.

Facebook will hopefully pull back the curtains on some of its specific businesses. How much advertising revenue does it generate? How much revenue does it generate from third-party application developers? The industry standard in the mobile world has been for developers to take 70 percent of the revenue, while the platform provider (Apple, Google, or Microsoft) takes the balance. It'll be interesting to see how much of a cut Facebook takes, and whether that has changed. Also, the amount of revenue paid out to developers could indicate the strength of its platform.

Apple said in October that it had paid out $3 billion to developers working with its App Store. How does Facebook stack up?

Strategy: What is Facebook's plan for sustainability and growth? As important as the financials will be a look at its customer growth metrics. In July, it was reported that Facebook had 750 million users who logged in at least once a month. Has that figure accelerated? And can the company sustain that rate of growth?

Beyond growth, Facebook will hopefully provide more details about the engagement level of each user. Sure, that's a huge number of people who check the site once a month, but how about once a day? Or once an hour? There are certainly people who do that, but the key is figuring out how many.

Facebook makes money by delivering targeted advertisements, as well as taking the cut of revenue from developers on its platform. While company observers generally understand this concept, the S-1 will provide an opportunity to get a firmer grasp on the business and learn how Facebook actually makes money from its network.

The filing may provide a glimpse of future strategies as well, including what Facebook might do with its search business.

Advertising: Sharing will be a key metric that could shed some light on how lucrative Facebook's advertising business could be. Much of its potential advertising revenue is dependent on the frequency of sharing, said Trip Chowdhry, an analyst at Global Equities.

Facebook could also provide more detail on the extent of its partnership with Microsoft, which delivers some ads through its Ad Center. Chowdhry said he is eager to see what percentage of revenue is generated from the deal and that he would be wary of how dependent Facebook appears to be on Microsoft.

Facebook, meanwhile, could create its own advertising network, Chowdhry said.

Talent: Another important metric is the number of employees at Facebook. Chowdhry said he will be looking at how many net and gross employees the company has added in the past year. The rate of employee turnover could signal how well the company has been able to retain its top talent, a problem for all maturing technology companies.

"Are they able to retain an A-grade team?" Chowdhry said. "That's a very important thing."

Risks: Every S-1 includes a section on risks to shareholders. Those risks could contain commentary on competitors, including Google's rival network, Google+, as well as other areas where the company may run into hurdles.

While the hype over the potential Facebook IPO is getting hot and heavy, there are some with a more grounded view of the company and its potential stock.

"We need to curtail our euphoria," Chowdhry said. "A lot of the smart money has already left the stock. The IPO is another opportunity for smart money to leave and foolish money to come in."

Roger Cheng is the executive editor in charge of breaking news for CNET News. Prior to this, he was on the telecommunications beat and wrote for Dow Jones Newswires and The Wall Street Journal for nearly a decade. He's a devoted Trojan alum and Los Angeles Lakers fan.