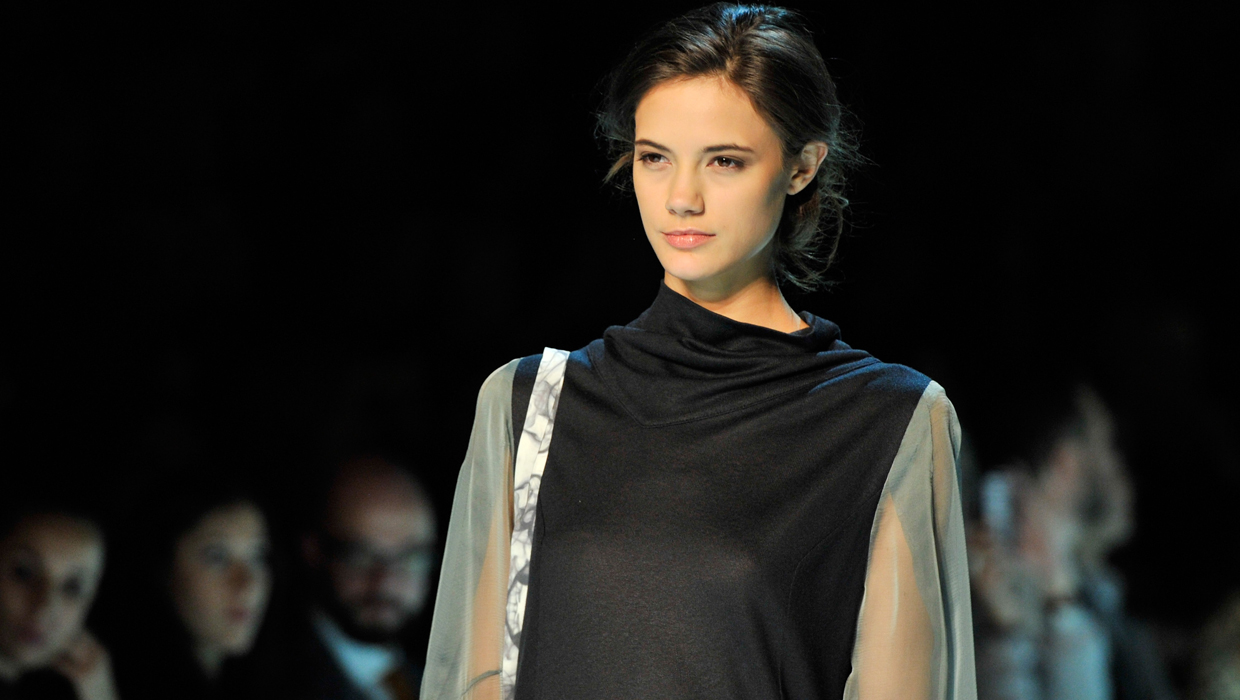 You have that perfect New Year's Eve outfit, but when 2014 arrives, which fashion trends should you toss? And which ones will be sizzling hot?

There's a mix of classics, throw-back trends and a few daring looks that could make their way into wardrobes of 2014. As for colors, the coming year will feature lots of reds oranges and pinks. And don't be surprised to see some pastels or even monochromatic looks, particularly in blue and gray.

When it comes trends, celebrity stylist Leslie Fremar told CBS News the "rock star" look is here to stay. The same goes for designer collaborations. Although parings between high-end designers and stores are nothing new, they are getting more popular. Take the Phillip Lim collection for Target and Isabel Marant's line for H&M, for instance. Fremar expects to see more of those collaborations in 2014.

Peplum was popular throughout 2012 and 2013 with designers such as Balenciaga and Pucci creating looks in the style. Fremar, who styles Charlize Theron and Julianne Moore, says that although you'll still see peplum tops and dresses in 2014, you may want to put them closer towards the back of your closet.

In 2014, fashionistas should keep an eye on flat sandals and shoes over platforms; oversized looks with big coats and boxy shoulders; sheer; embellished looks with pleats and other fine details; and monochromatic looks.

Stacy London, former "What Not to Wear" host, told CBS News plaid will likely be in the mix for a while. Some other 2013 trends could be here to stay, too, including black and white, bright vibrant colors, ballet-inspired skirts and crop tops.

"We saw crop tops and midriff-bearing styles making their way onto the runways and red carpets this season," added Fremar. "And while stars like Scarlett Johansson rocked this style with grace, Miley Cyrus and her red carpet and stage outfits -- and antics -- at the MTV Music Awards probably brought the most attention to this style."

Just because a look is hot in the celebrity world doesn't mean everyone necessarily wants (or should) pull off these looks at home. Fremar recently worked with Ask.com to identify which styles are resonating with real people, and the poll found the crop top wasn't one of them.

But there are plenty of looks that are easy to bring home from the runway. If you’re going to add one look to your closet for 2014, London says she would recommend a longer skirt silhouette.

“I would say one beautiful micro-pleated skirt for a night out, or a gorgeous coat with boxy shoulders to keep you warm in the winter and spring. If you are craving a touch of that rock star style, grab a studded clutch or jacket with some embellished shoulders,” added Fremar.

And whatever you decide to don in the New Year, make sure it's the right size. "Wear what you love and make damn sure it fits properly. Do not be beholden to the number on a size label. Ignore it and wear what fits," said London.