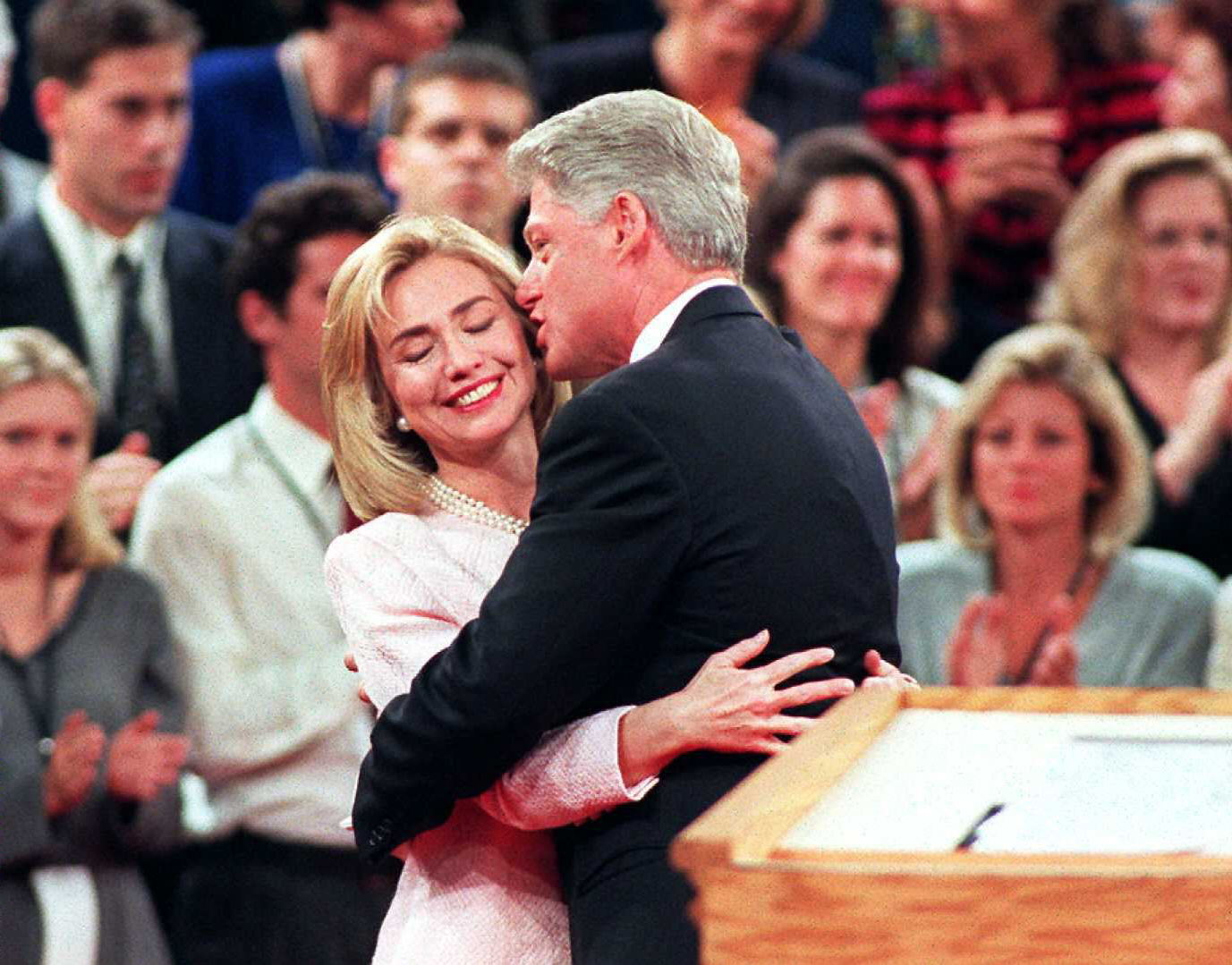 When most people think of the First Lady, they tend to picture its ceremonial duties: helping plan State Dinners, entertaining the wives of foreign leaders and overseeing decorating in the White House.

So what happens if the country's next First Lady is a guy?

For the first time in American history, the country is potentially on the verge of having its inaugural "First Gentleman"--or whatever Bill Clinton would be called if Hillary Clinton is elected president in November. (He has joked that he could be referred to as the "First Laddie," while Hillary Clinton has suggested "First Dude.")

Bill Clinton has said little about his potential White House duties, and a spokesman for the former president did not respond to a request for comment on the issue. But it's hard to imagine him picking out china patterns or making decorating decisions about the White House residence; instead, Hillary Clinton has suggested she'll turn to her husband for policy advice, at one point suggesting she would have him tackle economic issues.

Perhaps more importantly, though, Bill Clinton could force a more permanent transformation of the role--speeding up the slow evolution of a position that's remained far more traditional than many of the women who have filled it in recent decades.

The duties of First Lady

The job of First Lady doesn't actually come with any official governmental duties--just expectations that they largely give up their outside work, oversee many of the social and ceremonial happenings at the White House and choose a relatively apolitical cause to champion.

"This position has always been one, first of all, that's been recognized as one that you get only by virtue of your marriage," said Melanne Verveer, who served as Hillary Clinton's chief of staff during the Clinton administration. "There's no job description, so you're going with tradition--and you're going with ... what the experience, talent and perspectives are that can be brought to benefiting a presidency by virtue of that position."

Kate Andersen Brower, the author of "First Women: The Grace and Power of America's Modern First Ladies," said "very traditional, ultra-feminine duties" have been a huge part of the job description--but that the idea that Bill Clinton would fill some of those roles seems unlikely.

"Everyone laughs at the very notion that he would have an East Wing office," Brower said, referring to the wing of the White House where the first family resides. "He will be exempt from all that."

In fact, in a Democratic debate last December, Hillary Clinton suggested she would still handle some of the domestic duties herself, saying she will "probably still going to pick the flowers and the china for state dinners and stuff like that."

Still, there's a delicate balance he'll have to walk between having too little influence on his wife and too much: Hillary Clinton made waves in May when she suggested she would put her husband "in charge of revitalizing the economy." (Spokesman Nick Merrill later clarified that "it would be getting ahead of oneself" to discuss a formalized role for Bill Clinton, but that Hillary Clinton merely meant the former president "has a lot to offer.")

Some have suggested that the couple's daughter, Chelsea Clinton, would fulfill some of the ceremonial duties; when past presidents have been unmarried or widowers, their daughters or nieces have taken on the role at times. Another possibility to fill some of the more ceremonial roles is the would-be Second Lady, Tim Kaine's wife Anne Holton.

But in reality, the bulk of the ceremonial duties of First Lady would likely shift more fully to the White House social secretary or chief of protocol, both positions that already exist to handle social and formal occasions.

"First Gentlemen" around the world

Though many other countries have had female chief executives, none seem to place quite the same level of ceremonial importance on the first spouse that the American presidency does--and many of these women's husbands stay out of the spotlight completely.

In Germany, Chancellor Angela Merkel's husband, chemistry professor Joachim Sauer, has next to no public role in the country. He did not attend her inauguration as the country's first female chancellor in 2005, instead opting to watch it on TV; he rarely accompanies her to state functions and is infrequently seen in public.

In fact, Sauer is such a non-entity on the German national stage that one German newspaper once described him as "invisible as a molecule."

"For the most part they have not been obvious players," Verveer said of other female presidents' spouses. "Obviously in many ways our arrangement of president and First Lady is almost--it has a ceremonial role as well as the head of government role, and so we have had an element in that role that many other countries do not have."

The story has been similar in other countries with female presidents or prime ministers. Denis Thatcher, husband of former British Prime Minister Margaret Thatcher, was known to offer up advice and support in private but largely stayed out of the public spotlight. And Philip May, husband of newly elected British Prime Minister Theresa May, is a longtime London banker with a low-key public presence.

The role of First Lady has been changing for decades as women have become a major part of the workforce--and Hillary Clinton herself was one of the women who helped transform the role of First Lady, taking on the battle for universal health care reform and championing women's rights in her famous 1995 speech in Beijing.

Even at the time, Hillary Clinton chafed at some of the more traditional aspects of the job. That reluctance caused some blowback for Clinton during his 1992 campaign, especially when she gave a now-infamous interview in which she suggested she "could have stayed home and baked cookies and had teas."

"It was frankly very difficult for many, particularly in the press, to decide where do they put this person: was she on the news page or on the personalities page?" Verveer said. "Because in the one moment she's early on hosting a dinner for the governors and overseeing the look of that dinner, and on the other hand working on health care reform."

Having a "First Gentleman" will shape and shift the role in ways that could mark a more permanent transition, those familiar with recent White House and East Wing history say.

One former state-level first gentleman said being the husband of an elected woman gave him the opportunity to "celebrate" her victory for gender equality. Dan Mulhern, the husband of then-Michigan Gov. Jennifer Granholm, told CBS News in 2007 that he didn't feel his role was different because of his gender. "My role is different less because I am a man than because I am the particular person I am," he said.

"I can show that men can do this with pride, intelligence, and love," he added.