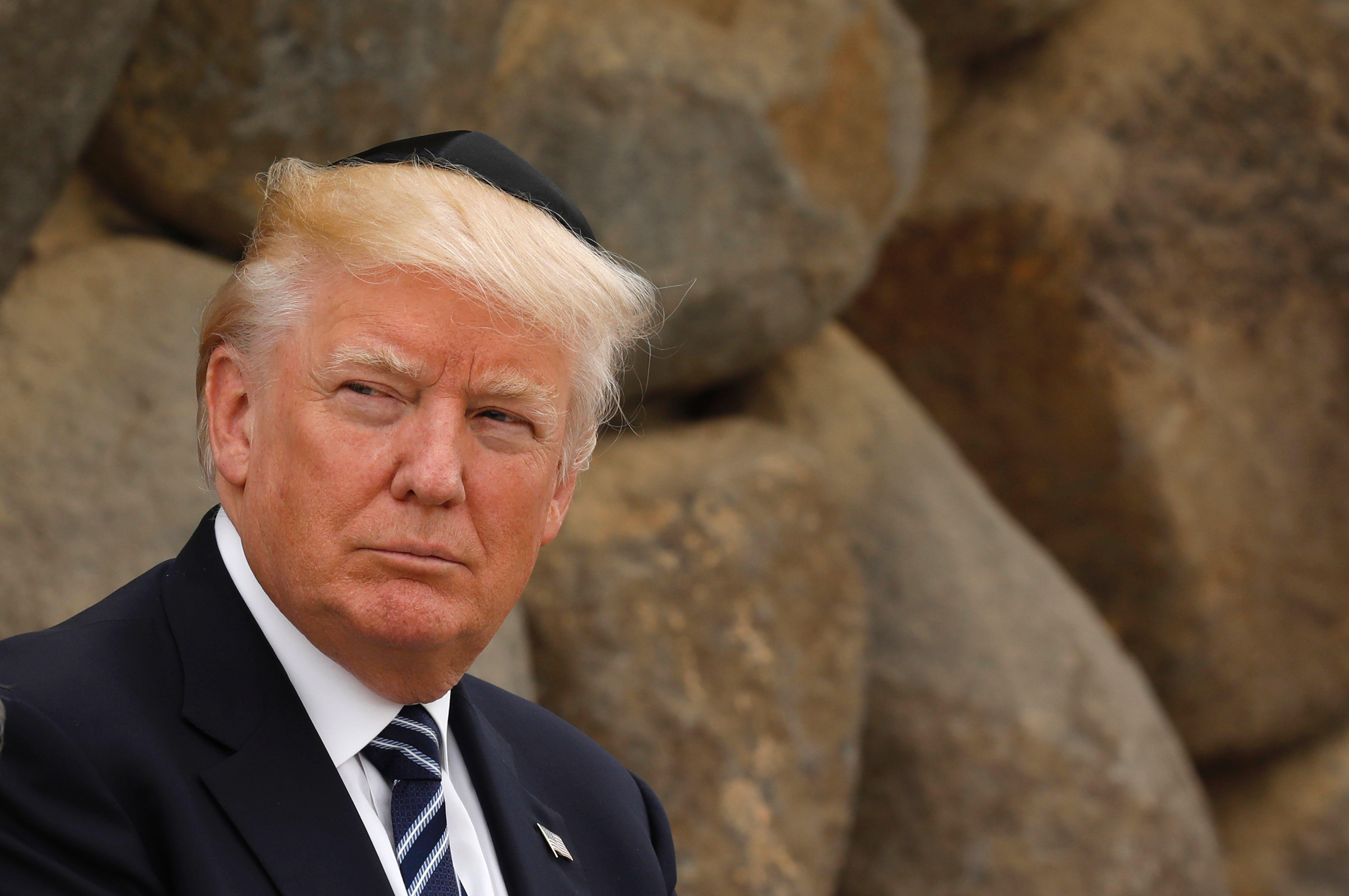 Like several of his predecessors who have traveled to Israel, President Trump visited the Yad Vashem, the Holocaust memorial museum located in Jerusalem. And while he was there, Mr. Trump wrote a note in the visitors book.

His message read, "It is a great honor to be here with all of my friends – so amazing & will never forget!"

Presidents and politicians alike make a point of spending time at Yad Vashem to pay homage to victims and survivors of the Holocaust and often leave such notes to commemorate their struggle.

In July 2008, Barack Obama visited during his first presidential campaign. Here's his note:

"I am grateful to Yad Vashem and all of those responsible for this remarkable institution. At a time of great peril and promise, war and strife, we are blessed to have such a powerful reminder of man's potential for great evil, but also our own capacity to rise up from tragedy and remake our world. Let our children come here, and know their history, so that they can add their voices to proclaim 'never again.' And may we remember those who perished, not only as victims, but also as individuals who hoped and loved and dreamed like us, and who have become symbols of the human spirit."

Bill Clinton, who visited the memorial in his first term, was optimistic about the prospects for Middle East peace when wrote this in the book:

"Today we have come one step closer to the time when the people of Israel will live in peace with all of their neighbors, when the awful events of death and destruction memorialized here will be banished to the past."

During her time as secretary of state, Hillary Clinton, Mr. Trump's Democratic presidential opponent in the 2016 election, left the following note in March 2009:

"Yad Vashem is a testament to the power of truth in the face of denial, the resilience of the human spirit in the face of despair, the triumph of the Jewish people over murder and destruction and a reminder to all people that the lessons of the Holocaust must never be forgotten," Clinton's note said. "God bless Israel and its future."