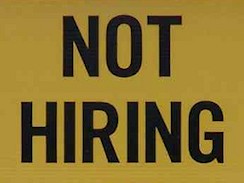 (MoneyWatch) Cover letters don't get much love. After pouring their heart and soul into fine-tuning a resume, many job-seekers send it off with a fast-and-dirty letter, sometimes as an afterthought while trying to upload to a job site. That makes a poor impression.

I've already told you why a cover letter is important. Recently, personal finance site Wisebread listed a handful of what you might call worst practices -- things not to put in a cover letter. Here are the highlights:

Don't claim to be the ideal candidate. Most of the recommendations in Wisebread can probably be summarized by saying, "Don't write like a high-schooler," and this one is no exception. Yes, I've seen plenty of cover letters that contend the candidate is the best possible person for the job. That's just dumb. Unless you know all the candidates for the position, not to mention in-depth knowledge of the details of the role, focus on your actual skills and experience.

Your resume: Emphasize how you add value5 job application cover-disastersPictures: Facebook's do's and don'ts for job-seekers

Don't say you're a hard worker. This one might be excusable if you're new to the job market, but if you've been around a while and you're trying to advance your career by emphasizing how hard you work rather than how effectively or efficiently you work, or -- most important -- what you actually accomplish, no competent hiring manager will give you a second thought.

Don't be impersonal. Never, ever write, "To whom it may concern." Address the cover letter to a specific person -- either the hiring manager or the HR representative. You can do a little detective work on the company's Website or on LinkedIn to find the right name, or just call the company's HR office and ask; often, they'll just tell you. If you aren't sure, though, my recommendation is to not address it to anyone at all. I'd rather get a cover letter that omits the greeting entirely than be confronted by "dear hiring manager."

Don't say when you'll follow up. For some reason, some people were taught that they should write in a cover letter that they'll follow up, often at a specific date and time. That's insane! Forget that might you be unable to call the HR rep at the time you specified -- the bigger issue is that you absolutely should never do this. Don't attempt to take control of the hiring process by proactively contacting the company. Nothing good will ever come of it.

Do you agree with these cover letter no-nos? What has worked -- or failed -- for you? Sound off in the comments.