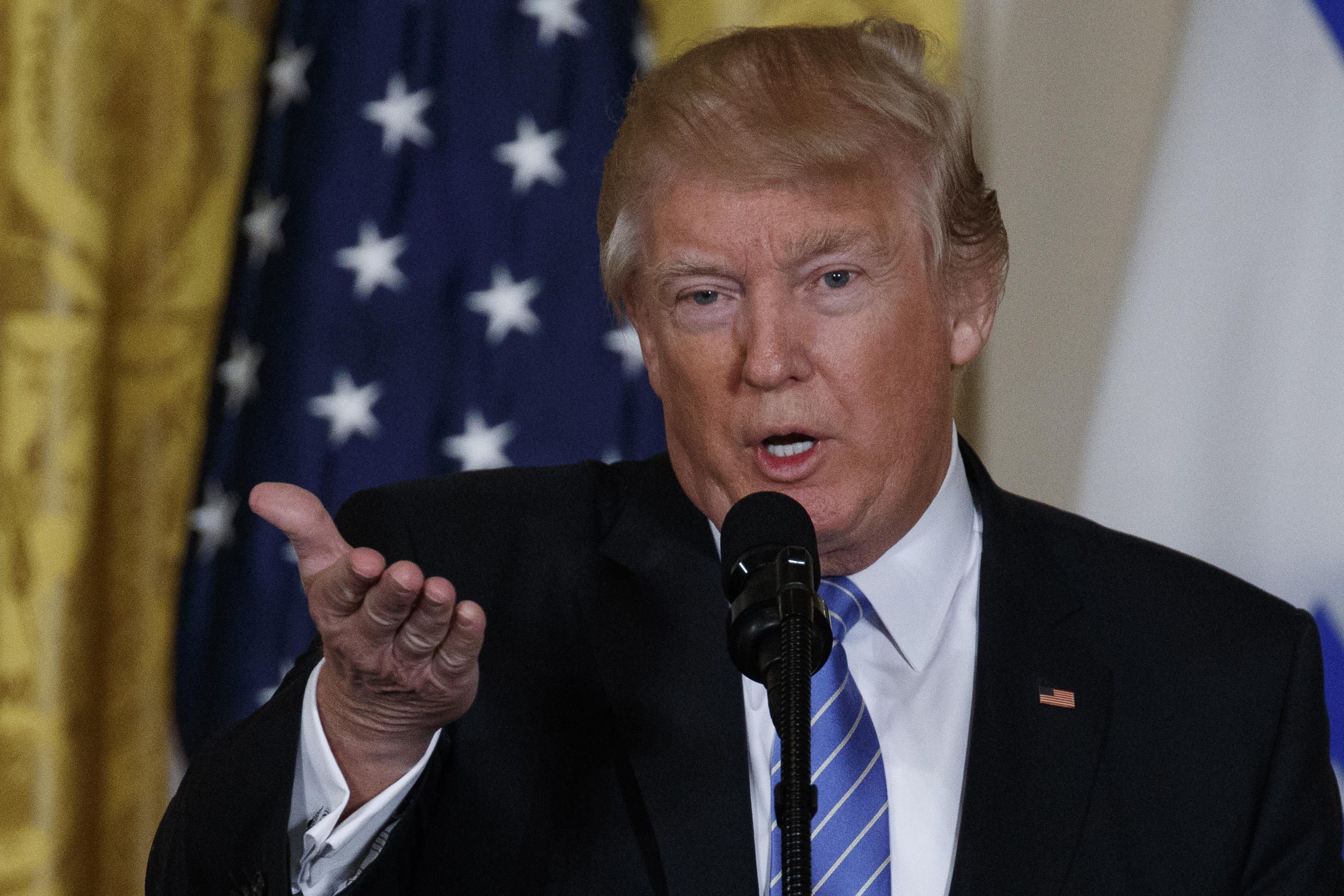 President Trump and White House officials have claimed in recent days that his administration has accomplished a lot in the first month, but their remarks exaggerate what has been done so far.

“I hear your demands, I hear your voices and I promise you I will deliver. I promise that. And by the way, you’ve seen what we’ve accomplished in a very short period of time. The White House is running so smoothly. So smoothly,” Mr. Trump said at a rally that was more campaign-like in Melbourne, Florida this month.

The White House, however, has in the first month of the Trump administration seen the resignation of the president’s first national security adviser, Michael Flynn, earlier this month, after officials discovered he had misled Vice President Mike Pence, and his executive order banning citizens from seven countries from traveling to the U.S. has been stayed by courts while the legality of the ban is settled.

On the campaign trail, Mr. Trump vowed to immediately repeal and replace Obamacare, but Congress has still not coalesced around a tangible plan. He has also not yet submitted a budget blueprint to Congress either, though Office of Management and Budget Director Mick Mulvaney says it will be released on March 16. There has been no movement yet on a tax reform package or an infrastructure package, and Congress has yet to take action related to Mr. Trump’s border wall plan.

Mr. Trump is set to deliver an address to a joint session of Congress Tuesday night where he’s expected to outline his plans for the rest of the year and he might tout his accomplishments so far. Here’s what he has done:

Promised Mar. 20, 2016: “I’m going to get a list of anywhere from five to 10 judges, and those are going to be the judges that I’m going to put in, it will be one of those judges, and I will guarantee it personally, like we do in the world of business, which we don’t like to do too often,” Trump said. “But I will guarantee it that those are going to be the first judges that I put up for nomination if I win.”

In late January, the president nominated Judge Neil Gorsuch to be the next Supreme Court justice, to fill the seat left vacant by Justice Antonin Scalia who suddenly died in February 2016.

“I am a man of my word, I will do as I say, something that the American people have been asking for from Washington for a very, very long time,” Mr. Trump said during announcement. “Today I am keeping another promise to the American people by nominating Judge Neil Gorsuch ... to be of the United States Supreme Court.”

The Senate Judiciary Committee will kick off the confirmation hearing for Gorsuch on March 20.

Promised June 28, 2016: “I am going to withdraw the United States from the Trans-Pacific Partnership, which has not yet been ratified,” Mr. Trump promised in a trade speech in Pennsylvania.

Within his first few days in office, Mr. Trump signed a presidential memoranda that withdrew the U.S. from the giant trade deal, the Trans-Pacific Partnership, which was negotiated by President Obama. He had also announced his intentions to renegotiate NAFTA, as he had promised to do during the election.

Cracked down on immigration

From Trump “Contract with the American Voter:” “begin removing the more than two million criminal illegal immigrants from the country and cancel visas to foreign countries that won’t take them back.”

Last week, the Department of Homeland Security issued two memos that will likely expand the number of immigrants detained or deported as part the administration’s crackdown on undocumented immigrants in the U.S. The memos were intended to implement President Trump’s immigration actions from January and enforce existing immigration law.

One of the provisions suggested that individuals apprehended in the U.S. and deemed inadmissible would need to prove that they have been in the U.S. continuously for two years. Otherwise, they could be subject to expedited removal with no court proceeding.

A DHS official dismissed the idea that these actions would lead to mass deportations. While the official said immigration officers would prioritize undocumented immigrants who are criminals, the official said that it doesn’t mean that everyone else is exempt from potential enforcement.

The president made no promises about the Mexico City policy, but he did say during his campaign that he favored anti-abortion policies.

Mr. Trump issued a memorandum that reinstated the Mexico City policy, introduced in 1984 by President Ronald Reagan, which bans the granting of U.S. funding to health providers internationally that discuss abortion as a family planning option. Since the Reagan administration, Democrats have rescinded the policy and Republicans have reinstated it.

The memorandum directed the secretary of state to ensure that “U.S. taxpayer dollars do not fund organizations or programs that support or participate in the management of a program of coercive abortion or involuntary sterilization.” Democrats have called the policy a “global gag rule” and have blasted the president for taking this action.

Mr. Trump promised in October that he would “drain the swamp” and institute a lobbying ban.

Mr. Trump signed an executive order that bans administration officials from ever lobbying the U.S. on behalf of a foreign government again and imposes a five-year ban on people lobbying the agency they previously worked for. Another part of the order said that for two years, appointees must avoid working on issues involving their former clients or employees.

From Trump “Contract with the American Voter:” Promises “a hiring freeze on all federal employees to reduce the federal workforce through attrition” (exempting military, public safety, and public health)

Mr. Trump imposed a freeze on all federal civilian employees “across the board” in the executive branch.

Starting last month, no vacant positions were allowed to be filled and no new positions could be created “except in limited circumstances.” The memorandum does not apply to military personnel, and it instructed the director of the Office of Management and Budget to develop a long-term plan “to reduce the size of the federal government’s workforce through attrition.”

From Trump “Contract with the American Voter:” Lift the Obama-Clinton roadblocks and allow vital energy infrastructure projects, like the Keystone Pipeline, to move forward.”

For the Keystone pipeline, the action invites TransCanada to “re-submit” an application for a presidential permit for the construction and operation of the pipeline that would carry petroleum from Canada into the U.S.

The memorandum on the Dakota Access pipeline called it a “substantial, multi-billion-dollar private investment in our nation’s energy infrastructure” and would carry about 500,000 barrels of crude oil from different areas in North Dakota to oil markets in the U.S. The Army Corps of Engineers announced in December that it would explore an alternate route for the pipeline after the Standing Rock Sioux tribe said the pipeline interfered with their drinking water, which led to massive protests.