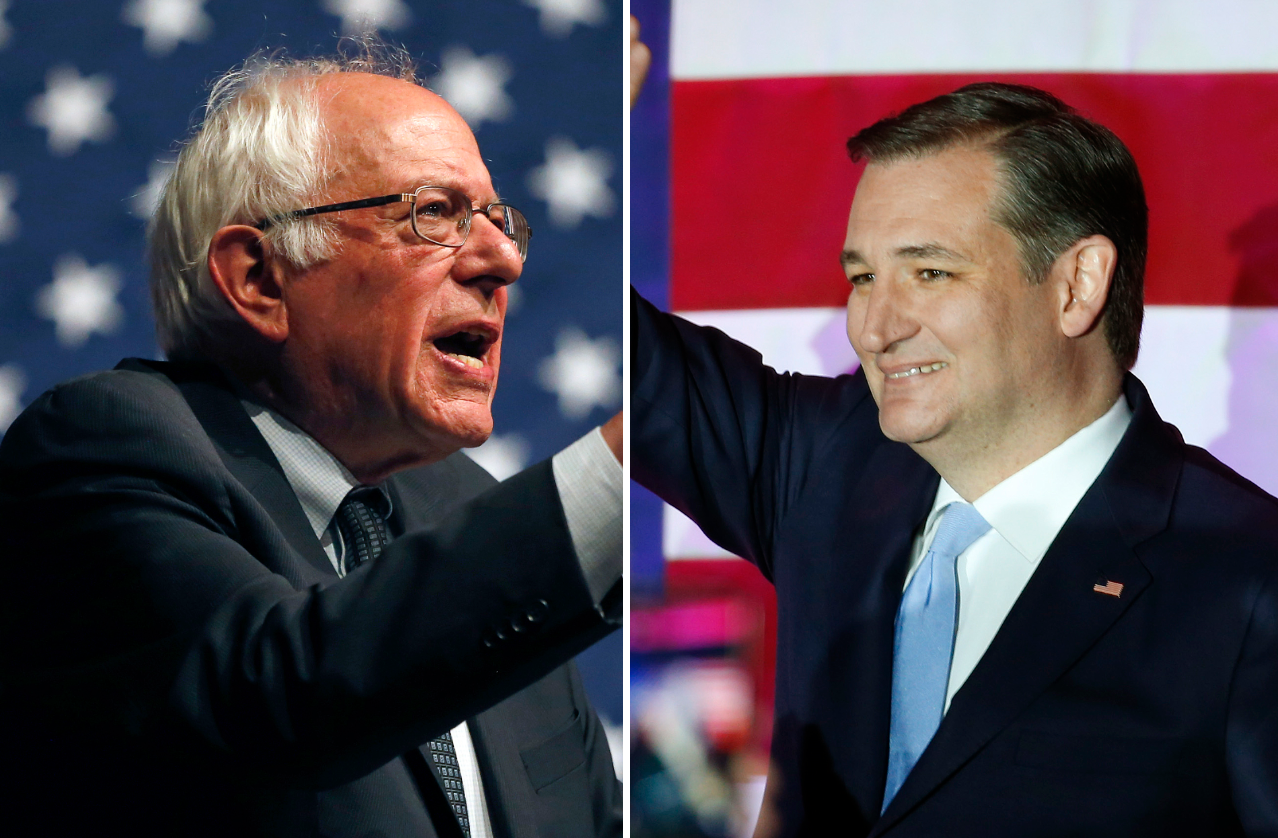 A Night to Forget for Donald Trump

This was a difficult night for Donald Trump -- not just because he lost the Wisconsin Republican primary to Ted Cruz -- but because he significantly underperformed among groups of voters who had been his strongest supporters to this point.

According to the CBS News Wisconsin Exit poll, Cruz not only beat Trump among voters with a college education, but he also topped Trump among those without a college degree and even among voters with no more than a high school education. Less-educated voters had been one of Trump's most supportive groups in previous primaries. Cruz did significantly better than Trump among more affluent voters but still ran about even with him among those with incomes under $50,000.

As in past contests, Cruz did very well with voters who identified as very conservative, leading Trump by better than a 2-to-1 margin. He also won today among voters who labeled themselves somewhat conservative, a group Trump has generally done well with. Sixty-five percent of Republican primary voters said that they are very worried about the direction of the nation's economy -- this is another group of voters that Trump has drawn support from. But in Wisconsin, he lost to Cruz among this group by 46 percent to 40 percent.

Sixty-eight percent of the primary voters said that they support a temporary ban on Muslims who are not U.S. citizens entering the country and Cruz topped Trump among this group as well.

Thirty-four percent of Republican primary voters say that bringing needed change is the candidate quality that most mattered in their choice. Cruz and Trump run neck-and-neck among these voters. Cruz ran well ahead of Trump among voters who said that they want a candidate who shares their values and among those who wanted a candidate who can win in November.

Trump managed to barely beat Cruz among those who want to deport illegal immigrants who are not U.S. citizens, but only about 1 in 3 Republican primary voters endorsed this position. Cruz topped Trump easily among the majority of primary voters who want to offer illegal immigrants a chance to apply for legal status. A half of the primary voters said they would like the next president to be from outside the political establishment. Not surprisingly, Trump tops Cruz by a 62 percent to 28 percent margin among these voters. However, Trump only got the support of 8 percent of voters who said they wanted the next president to have political experience.

What Do We Learn from Wisconsin?

It's difficult to know how significant these results are for the remaining Republican primaries. Some observers thought that Trump would not do well in Wisconsin because the characteristics of Wisconsin Republicans were not very friendly for him.

However, the fraction of those with college degrees and the proportion of very conservative Republicans who voted Tuesday were not very different from previous primaries that Trump has done well in. Instead, Cruz did much better than he had before among less-educated voters and those who are not quite so conservative. He did better among those who want to keep Muslims from entering the country and those who want to deport illegal immigrants.

It is possible that Trump's weaker showing was a result of a Republican establishment in Wisconsin -- led by Republican Governor Scott Walker -- that was strongly supportive of Cruz. This was also the first primary in which Marco Rubio was clearly out of the picture. It's possible much of his support went to Cruz (or possibly a little to John Kasich). If so, then this could be an indication of the "Trump ceiling" of support. His early victories against a split field may be harder to replicate with only one serious opponent.

It is impossible to know for certain how to interpret the Wisconsin results on their own. Donald Trump will now have two weeks to try to regroup for the New York primary. The results there could prove that Wisconsin was an aberration or that the results from today's voting are a leading indicator of problems ahead for the Trump campaign.

Potential Fallout if Trump is the Republican Nominee?

What if No One Gets a Majority of the Convention Delegates?

While a significant minority of Cruz voters believe that the nomination should go to the candidate with the most votes in the primaries, even if they don't amass a majority, a large majority of Trump voters want the party to go with the voter leader -- most likely Donald Trump. This suggests that Trump voters will be unhappy if he is denied the nomination after winning more votes and more delegates.

Another Win for Bernie Sanders but is it Enough?

There was a significant gender gap as well: Clinton won 50 percent of women's votes but only 36 percent of men's. The size of the gender gap is seen more clearly by looking just at white voters who made up 83 percent of the Democratic primary electorate in Wisconsin. Sanders beat Clinton by a 2 to 1 margin among white men: 67 percent to 33 percent. His margin among white women was much smaller, 51 percent to 48 percent.

As she has done before, Clinton ran well ahead of Sanders among African American voters. However, they were only about 1 out of 10 Democratic primary voters in Wisconsin. Overall, Sanders beat Clinton by almost 20 percent among white Democratic voters.

Another 9 percent said that winning in November mattered most. Clinton ran very strongly in these two groups. About 3 in 10 voters said that someone who cares about people like me was most important and a similar number said being honest and trustworthy was most important. Sanders won handily in both of these groups.

The exit poll data demonstrate the extent of the enthusiasm and inspirational gap that exists between Sanders and Clinton. Fifty-four percent of Sanders voters say they are excited about what he would do in office; only 30 percent of Clinton voters said they were excited about what she would do in office. Fifty-nine percent of primary voters said that, of the two candidates, Sanders inspires them more about the future of the country; 38 percent said that Clinton does.

More than the Economy?

Although news coverage of the Sanders campaign has focused on his message of economic inequality, the exit poll suggests that this is not the only reason many Democratic voters favor him over Clinton. Over a third of the Wisconsin Democratic voters said that they thought the U.S. should take a less active role in world affairs. Sanders beat Clinton by a 3 to 1 margin among these voters.

Clinton edged Sanders among those who want the U.S. to continue its current role in the world, and she had a 10 point margin over Sanders among the quarter of voters who want the U.S. to take a more active role in world affairs. While Clinton has criticized Sanders for his lack of expertise in international politics, this shows that his more hands off approach to international involvements is very appealing to a significant number of Democratic voters.

Is This a Big Enough Victory?

Sanders' win in Wisconsin, added to his recent caucus victories, will allow him to claim he has the momentum in the Democratic presidential race. But his win today will only slightly reduce Clinton's lead in the all-important delegate count.

With the Wyoming caucus coming Saturday, there is a good chance that Sanders will continue his recent winning streak. The big test will come in two weeks when New York Democrats vote. The following week sees primaries in Connecticut, Maryland, Pennsylvania, Delaware, and Rhode Island. This is where Sanders has a chance to make serious inroads into Clinton's delegate lead. Alternatively, big Clinton wins in these states will make it virtually impossible for Sanders to ever obtain a majority of the delegates at the Democratic nominating convention.