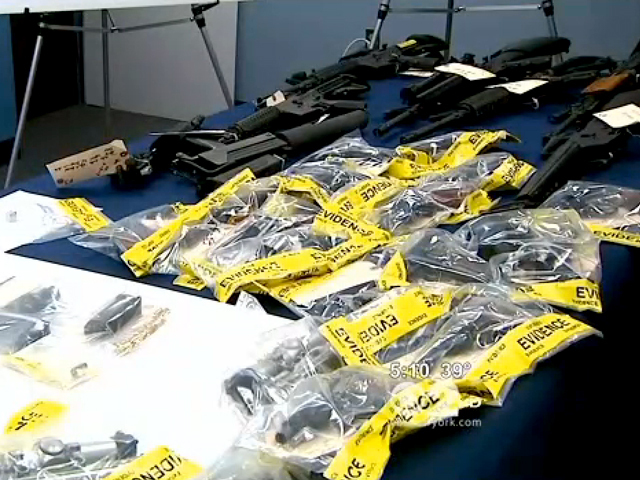 President Obama supports universal background checks for gun purchases but does not support a national registry of those who own guns legally, White House spokesperson Josh Earnest told reporters today.

"The president is a very strong believer in the Second Amendment," Earnest said in the White House press briefing today. "The president feels very strongly in the constitutional right to bear arms. And what the president's advocated is a set of universal background checks that would ensure that people who are not supposed to have guns -- so these are people with mental disabilities, these are criminals -- should not have access to guns. What we want to make sure is that we're keeping guns out of the hands of people who shouldn't have them, but without interfering with the ability of law-abiding citizens to get their guns that they would like to buy."

Senate Majority Leader Harry Reid, D-Nev., has said that expanding background checks on gun purchases will be a core part of the bill he brings to the Senate floor to reduce gun violence. The idea has received bipartisan support, but lawmakers on both sides of the aisle have expressed concern that background checks could lead to the creation of a gun registry.

By law, the federal government must destroy evidence of background checks within 24 hours. However, Sen. Chuck Schumer, D-N.Y., and others have argued sellers should be required to maintain a record of gun sales. If a gun used in a crime were traced back to a seller, they could prove with that record that they performed a background check. Sellers who failed to perform a background check in such a scenario would face consequences. This would motivate sellers to perform background checks, the argument goes.

"If there's one thing that scares a lot of people who believe in the Second Amendment, is the federal government keeping a national registry of gun sales, and gun purchasers, and gun owners," Republican strategist Karl Rove said on ABC's "This Week" on Sunday.

When pressed further on the issue, Earnest said the registry "is not something that the president has supported."

The Senate is expected to vote on gun legislation next month, when it returns from its Easter recess. Though the bill will include expanded background checks, some gun control advocates are disappointed it will not include an assault weapons ban. Reid has said the Senate will vote on the assault weapons ban and other measures as amendments to the bill, but it's very unlikely the proposal will be able to pass as an amendment.

"I think you can anticipate that the president's going to continue to ask Congress to consider a range of proposals, including the assault weapons ban, that would have a tangible impact on reducing violence in communities all across the country," he said.

Furthermore, he added, the vote on the assault weapons ban amendment will serve as "another opportunity for members of the United States Senate to demonstrate some political courage."

As members of Congress head back to their home communities during their recess, activist groups on both sides of the issue are keeping up their efforts to pressure voters and Congress. Pro-gun control groups like Organizing for Action (the nonprofit that evolved from Mr. Obama's campaign organization Obama for America) are holding a "day of action" this Thursday, which will include more than 100 events nationwide.

The National Rifle Association is continuing its own campaign, calling voters in Connecticut -- including voters in Newtown, Conn., the site of December's tragic mass shooting -- and asking them to pressure their lawmakers into rejecting any new gun restrictions.

NRA CEO Wayne LaPierre said Sunday on NBC's "Meet the Press" that his organization has millions of donors giving small amounts to push back against the likes of Bloomberg. The New York mayor, he said, "is going to find out that this is a country of the people, by the people and for the people and he can't spend enough of his [money] to try to impose his will on the American public."