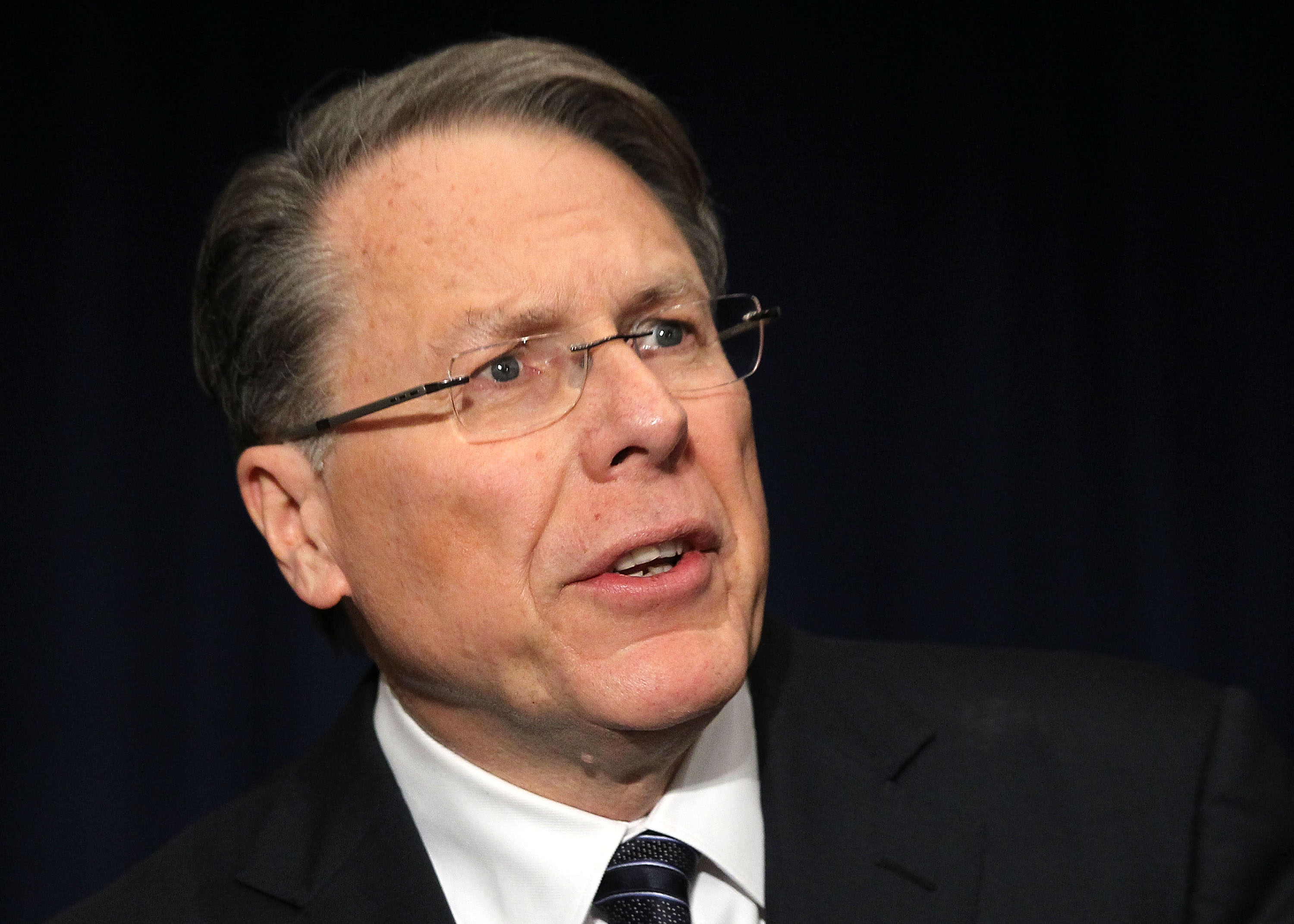 Bloomberg's group Mayors Against Illegal Guns - the vehicle for the ad buy - includes over 900 mayors from across the country, and was designed to counterbalance the NRA amid amplifying arguments for and against stricter gun laws. As the Senate prepares to take up gun legislation that will likely include a comprehensive background check, LaPierre said NRA backers are rushing to keep voices like Bloomberg's from pushing the debate too far to the left.

"We have people all over, millions of people, sending us $5, $10, $15, $20 checks, telling us to stand up to this guy that says that we can only have three bullets, stand up to this guy that says ridiculous things like, 'The NRA wants firearms with nukes on them' - I mean it's insane the stuff he says," LaPierre said. "He's so reckless in terms of his comments on this whole gun issue."

Appearing on the same program, Bloomberg said "a lot of work" remains for advocates of stricter gun laws, including the uphill battle for an assault weapons ban, which Senate Majority Leader Harry Reid, D-Nev., dropped this week so that his gun package would have a better chance of passing. But, the mayor added: "I think we are going to win this."

"I don't think there's ever been an issue where the public has spoken so clearly where Congress hasn't eventually understood and done the right thing," Bloomberg said. "We're trying to do everything we can to press upon the senators this is what the survivors [of gun violence] want."

But tragedy at Newtown's Sandy Hook school, which left 20 children and six adults dead, couldn't have been prevented by a comprehensive background check, GOP strategist Karl Rove argued on ABC's "This Week."

"Let's be clear about this: This was prompted by the Sandy Hook murders," Rove said, referring to the heightened discussion over gun laws. "Those guns were legally purchased with a background check. This would not have solved something like that. Let's be very careful about quickly trampling on the rights of people."

Warning that a universal background check could give way to a federal registry of gun purchases and subsequent confiscation, Rove continued: "Look - you want to get something done? Then stop scaring people."