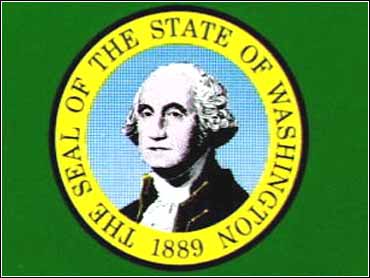 Seven days. That is the amount of time that elapsed between the U.S. Supreme Court ruling striking down California's blanket primary system and a demand for Washington State to do away with its system, which was the model for California's.

The salvo was fired in the form of a letter, dated July 3, to Washington Secretary of State Ralph Munro. The letter, drafted by Washington State Democrats, called on Munro to discontinue the blanket system before the state's primary on Sept. 19.

As an alternative to the current system, which allows voters to choose any candidate regardless of party affiliation, Democrats in the Evergreen State want a separate ballot listing only Democratic candidates for the primary election.

"Our party cannot stand idly by allowing the state to deprive the party of its rights," wrote Democratic Party Chairman Paul Berendt. "We will take appropriate action."

Washington voters have enjoyed the freedom to independently cross party lines since 1935, when a citizen petition prompted the legislature to adopt the nation's first blanket primary system. The petition was upheld by the state's highest court, first in 1936 and again in 1980.

But Munro's other major worry was the short amount of time between the California ruling and his state's primary, which is only about 10 weeks away. Munro has said it would be "an administrative nightmare" to re-work Washington's primary system before Sept. 19.

Democrats discount that argument. In his letter to Munro, Berendt said the Democrats' proposal would not involve "huge expense or extreme confusion" for voters. The Democratic Party gave Munro until July 12 to respond to its request, and threatened to seek "court assistance" to protect its rights.

"We haven't had people file for office yet," Berendt also said this week, adding that the ballots have yet to be printed. "If election officials go to work, we can transition to a new system this year."

Munro's office also says it has no authority to change system on its own.

"What the Democrats are essentially asking us to do is … contrary to state law," said Gary McIntosh, the State Elections Director. He also worries about the impact on voters. "I would imagine there would be a public outcry and a real low voter turnout," said McIntosh.

Washington State Republican Party Chairman Don Benton said that while the high court ruling is "absolutely good news for the party," his party is seeking a more "prudent and methodical" approach to changing the current primary system.

Benton said state Republicans have created a task force to explore all of the options available to the party. When asked if the party would accet holding a September primary under the blanket system, Benton replied, "That's something we could accept," adding, "I'm not sure there's enough time to (change the system) carefully and wisely."

Political experts say the system will inevitably have to change, but agree that trying to do so quickly will not be easy. The first vote-by-mail ballots will go out next month.

"Constitutionally, (the Democrats) have an unassailable case," said Bryan Jones, the Director of the Center for American Politics and Public Policy at the University of Washington. "Practically, they've got a weak case."

At least for this year.