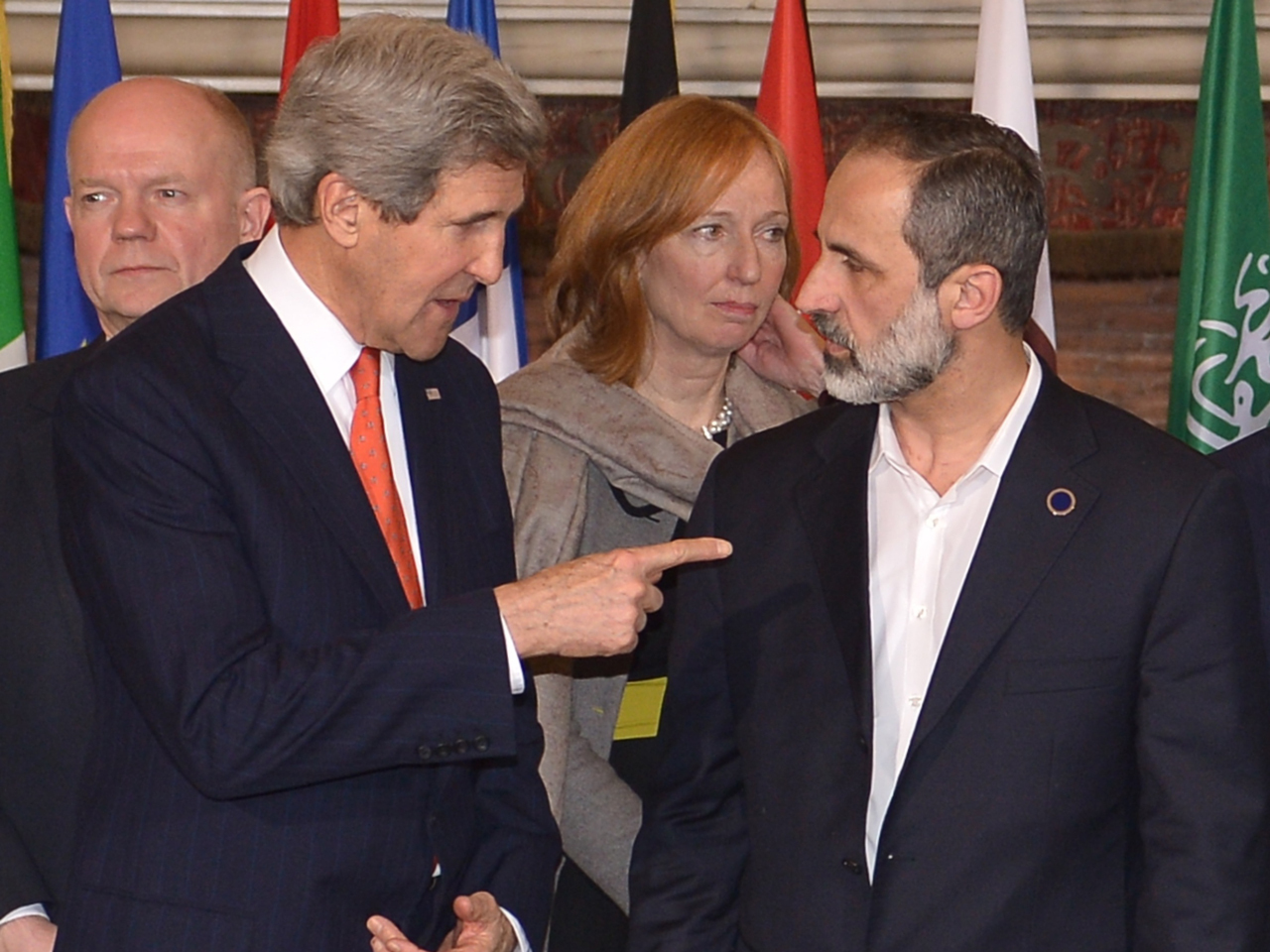 BEIRUT The leader of the Western-backed Syrian opposition coalition resigned Sunday, citing what he called the insufficient lack of international support for those seeking to topple President Bashar Assad.

Mouaz al-Khatib, a respected preacher who has led the Syrian National Coalition since soon after its creation in November, said in a statement posted on his Facebook page that he was making good on a promise to quit if certain undefined "red lines" were crossed.

"I am keeping my promise today and announcing my resignation from the National Coalition so that I can work with freedom that is not available inside the official institutions," he said.

He also blamed world powers for providing inadequate support for the rebel cause and complained that many "international and regional parties" insisted on pushing the opposition toward dialogue with the regime. Most opposition leaders and activists say Assad's regime has killed too many people to be part of the conflict's solution.

Al-Khatib was chosen to serve as president of the opposition's Syrian National Coalition, which was formed in November of last year under international pressure to serve as the opposition's official liaison with other countries and coordinate anti-Assad forces inside and outside of Syria.

Despite electing a new, U.S.-educated prime minister to head a planned interim government last week, the coalition has failed to establish itself as the top rebel authority on the ground in Syria, where hundreds of independent rebel brigades are fighting a civil war against Assad's forces.

The Coalition did not immediately respond to al-Khatib's resignation.

Al-Khatib's spokesman could not be reached for further comment, but al-Khatib has often used his personal Facebook page to release statements.

The Syrian government has largely ignored the opposition coalition and says the civil war is an international conspiracy to weaken Syria.