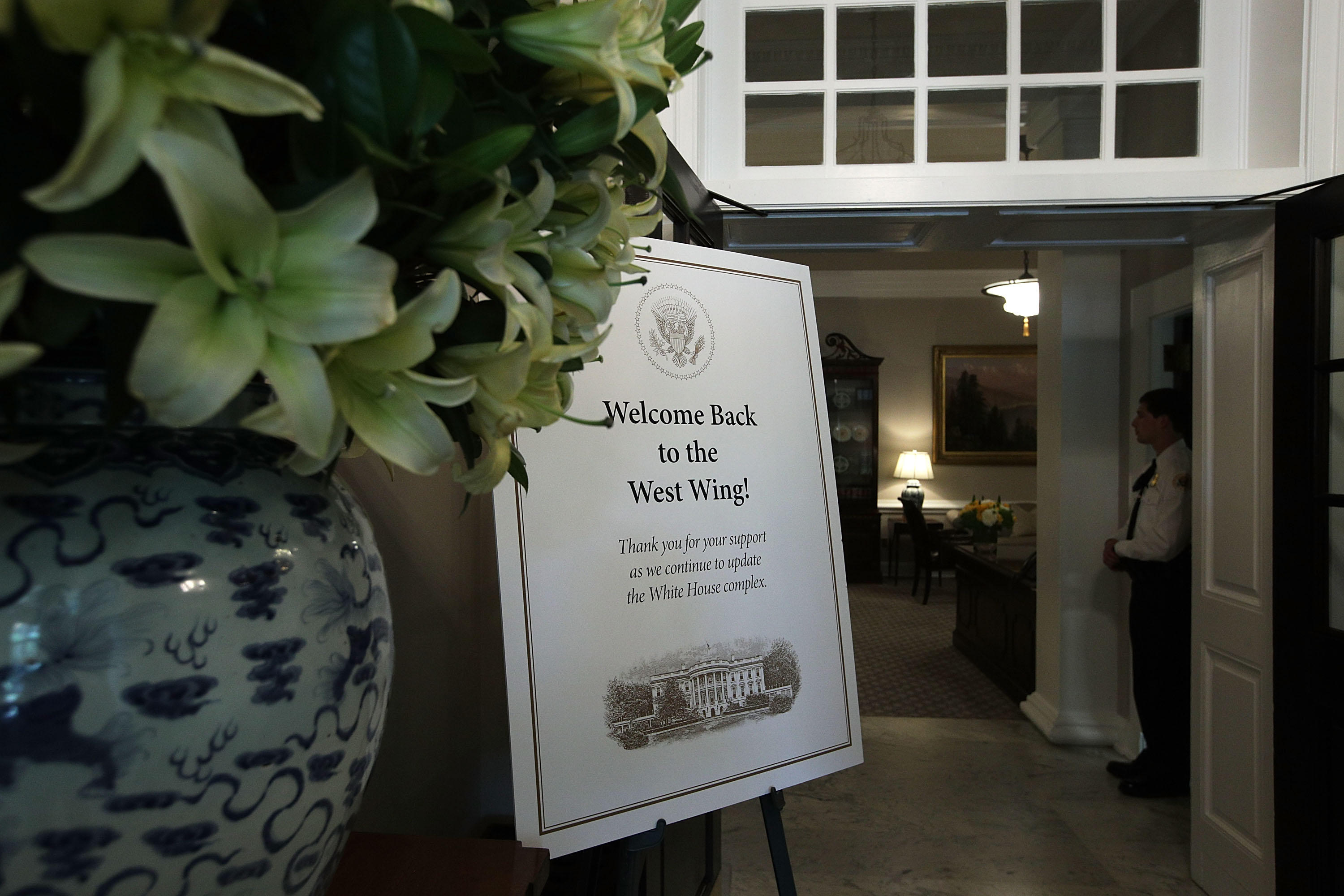 Chilled air is now circulating through the West Wing via a new HVAC system.  New wallpaper -- chosen by the president himself -- is up in the Oval Office.  Visitors to the White House can now see the Rose Garden better at night. And top Trump aides are working out of offices with fresh carpeting and a new coat of paint.

Those are some of the highlights of a White House renovation project that has so far lasted nearly three weeks and involved more than 200 personnel.

Reporters got a tour of some of the upgrades, including a walkthrough of the West Wing's "VIP lobby," the Roosevelt Room and the South Portico on Wednesday morning.

"It's an old facility, and there's always things that can be done.  But we think we addressed the major deficiencies with what we just did," said Alan Zawatsky, who directs the GSA's White House Service Center, which is responsible for cleaning and construction in the West Wing/EEOB and other buildings that serve the Executive Office of the President.

The need for work on the previous 27-year-old HVAC system, which Zawatsky described as "in disrepair," also triggered a "paint and carpet refresh" that was timed to be completed during the president's vacation.

"The only way to get the whole place carpeted and painted in such a short amount of time was to move the furniture out," Zawatsky said.  "We basically worked 24/7."

"[Mr. Trump] wanted to bring back the luster and the glory of the White House," said the White House official, who spoke on condition of anonymity.  "The Obama wallpaper was very damaged.  There were a lot of stains on it," the official said.

Just before he was sworn in in January, Mr. Trump chose a rug first put into the Oval Office by Ronald Reagan.  Eventually, he'll design his own floor covering and the wallpaper that has just been put up may be replaced to match that new rug.

The new brown and blue patterned carpeting in West Wing offices is meant to evoke the various floral features of the executive mansion, including the roses in the famous garden the president sees outside the Oval Office windows.  Some existing furniture has been reupholstered.

"Everything that we used was made in America," Zawatsky said, noting that the suppliers of new furnishings included "several" Native American firms and women-owned businesses.

A path of lights now runs along the pillars of the colonnade between the residence and the Oval Office, to allow guests to better see the Rose Garden at night.

The renovation work began on August 4, when Mr. Trump departed for his New Jersey "working vacation."