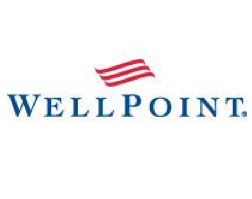 WellPoint says it will pay $92 for each Amerigroup share. That's a 43 percent premium to the company's closing price Friday of $64.34.

Amerigroup currently has about 48.5 million outstanding shares, according to FactSet.

The companies put the total value of the deal at approximately $4.9 billion.

The transaction is expected to close in 2013's first quarter. It still needs certain regulatory approvals and the approval of Amerigroup stockholders.