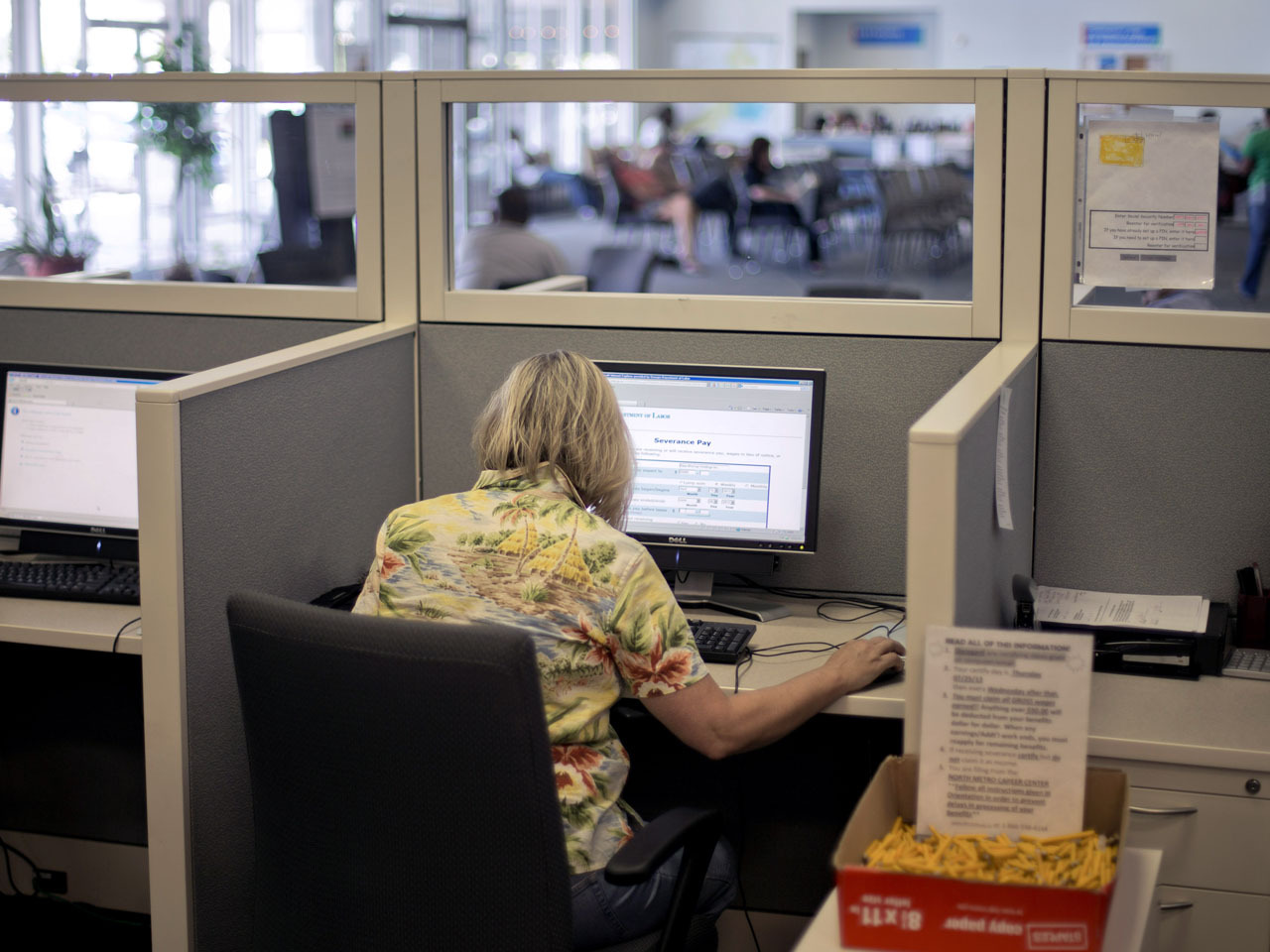 WASHINGTON The number of Americans applying for unemployment benefits rose last week after reaching the lowest level in 5 1/2 years. But the broader trend suggests companies are laying off fewer workers and could step up hiring in the months ahead.

The four-week average, which smooths week to week fluctuations, fell by 2,250 to 330,500. That's the sixth straight decline and the lowest for the average since November 2007.

Applications for unemployment benefits generally reflect layoffs. The four-week average has fallen 5 percent in the past month. The drop suggests employers added 200,000 or more jobs in August, an improvement from the 162,000 added in July.

The unemployment rate fell to a 4 1/2-year low of 7.4 percent last month, down from 7.6 percent in June. That's still well above the 5 percent to 6 percent range associated with a normal economy.

The drop in layoffs helps explain why job growth has increased this year to an average of 192,000 net jobs a month, even while overall economic growth has stayed sluggish.

Net job gains show the number of people hired minus those who lose or quit their jobs. And when companies cut fewer jobs, it doesn't take many new hires to create a high net gain.

The weak economy has made employers hesitant to hire freely. The economy grew at a sluggish 1.4 percent annual rate in the first half of the year, hobbled by tax increases, federal spending cuts and global economic weakness.

Many economists foresee growth accelerating in the second half of the year to an annual rate of roughly 2.5 percent. They expect consumer spending to pick up as the effects of the tax increases and spending cuts diminish.

There have been some recent signs of improvement: Sales of previously occupied homes surged in July to a seasonally adjusted annual rate of 5.4 million. That was the most in 3 1/2 years and a sign the housing recovery should continue to spur economic growth. Last week, the government said U.S. retail sales grew at a solid pace in July.