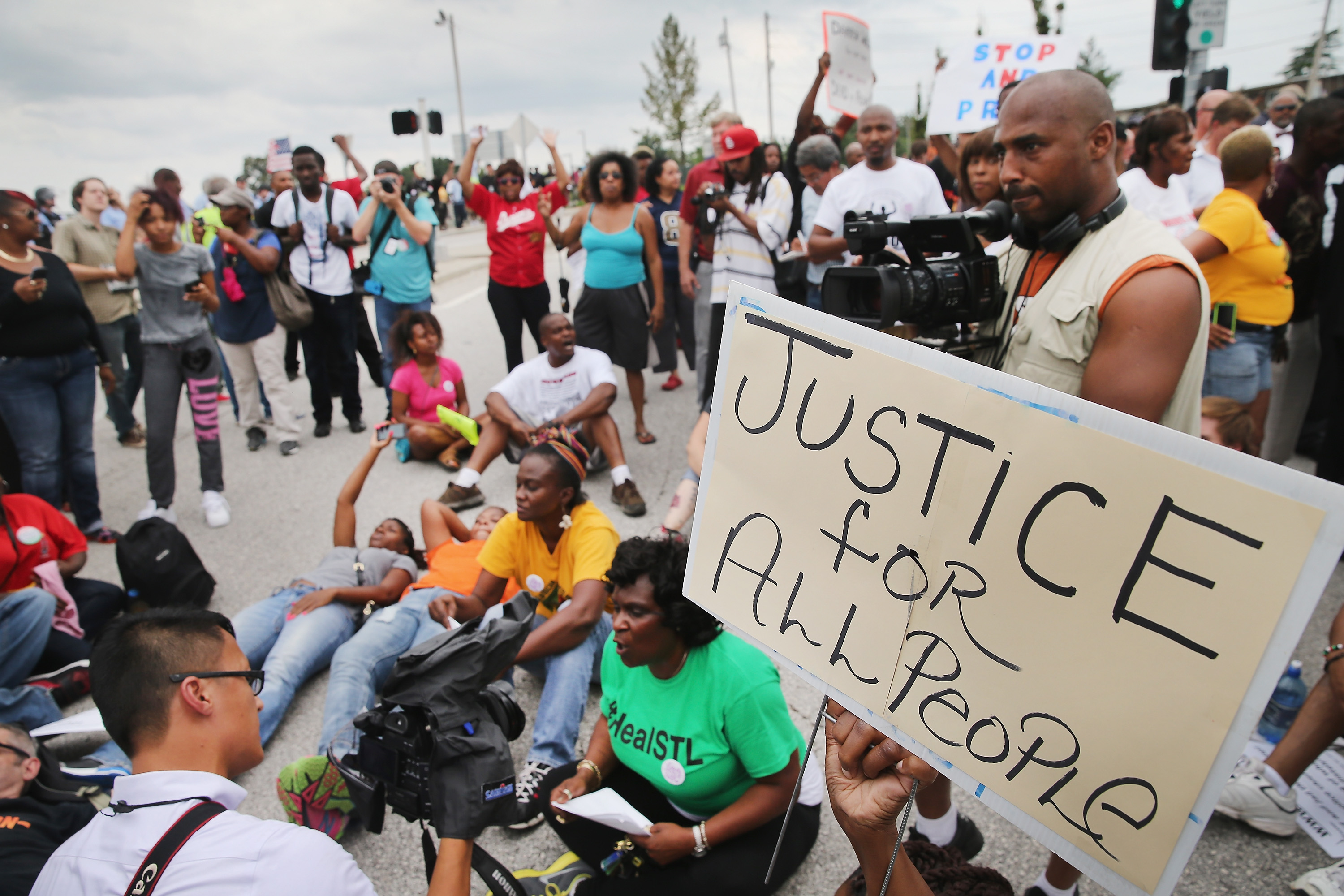 FERGUSON, Mo. -- Activists plan what they call a "weekend of resistance" in and around Ferguson, Missouri, two months after a white police officer shot and killed an unarmed black teenager.

The goal, according to the Ferguson October website, is "to build momentum for a nationwide movement against police violence." Organizers including Hands Up United, Organization for Black Struggle and Missourians Organizing for Reform and Empowerment expect thousands of people from around the country to participate.

The events begin Friday with a rally outside the St. Louis Justice Center, asking county Prosecuting Attorney Bob McCulloch to step down and a special prosecutor be appointed to investigate Brown's death. Critics accuse McCullough of being biased.

A state grand jury is weighing whether to bring criminal charges against Ferguson police officer Darren Wilson, who shot 18-year-old Michael Brown on Aug. 9, setting off weeks of demonstrations.

Marches, a candlelight vigil, "teach-ins" and panel discussions are planned throughout the weekend. Organizers plan peaceful protests, although there are concerns that a new police shooting Wednesday, in which a black teenager was killed by a white St. Louis police officer could raise tensions.

"We never advocate violence or any kind of looting or anything else. But I do know that people were angry last night and they will be out this weekend," Tory Russell, a leader of Hands Up United, told Reuters. "I don't know what they are going to do."

"There are a lot of people coming into town," Knowles said. "We are going to be prepared. There is intel out there that there are people wanting to be bad things. And people who want to cause a problem are going to use that (the St. Louis shooting Wednesday) as a rallying cry."

CBS station KMOV in St. Louis reported that the St. Louis County Emergency Operations Center will activate Thursday afternoon and remain in operation until Tuesday, in anticipation of the protests.

Demonstrations flared up in the St. Louis area again Wednesday night after an off-duty police officer fatally shot an 18-year-old. The man's mother said Thursday that her son didn't have a gun at the time of the shooting as police claimed.

Some protesters Wednesday night chanted "Hands up, don't shoot," the phrase Brown reportedly said before he was shot.

Reuters reported Tuesday that Missouri authorities are preparing for the possibility of new riots if the grand jury does not indict Wilson, including consultations with law enforcement agencies around the country. The grand jury's term has been extended until January.