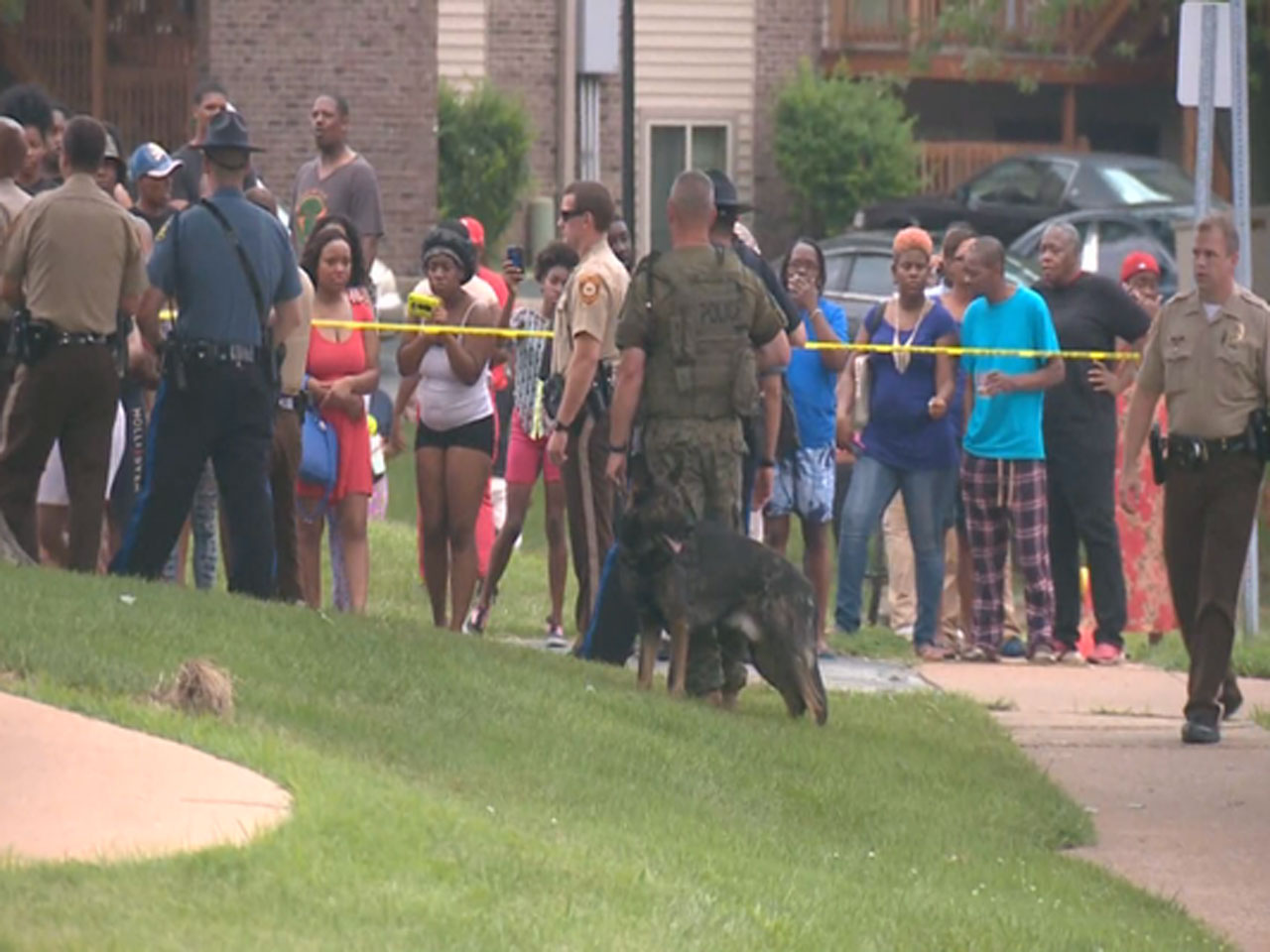 FERGUSON, Mo. - An unarmed 18-year-old black man was shot and killed by police in suburban St. Louis after an altercation that involved two people and an officer, authorities said Sunday while hundreds of protesters demanded answers outside.

Police have not officially disclosed the name of the man who was killed, but family members say it was 18-year-old Michael Brown.

Belmar said one of the men pushed the officer back into his squad car and the struggle began. Belmar said at least one shot was fired from the officer's gun inside the police car.

The struggle spilled out into the street, where one of the two people was shot multiple times. Belmar said the exact number of shots wasn't known, but "It was more than just a couple." He also said all shell casings found at the scene matched the officer's gun.

Ferguson Police Chief Thomas Jackson said the man who was shot was unarmed.

Tensions in the community are still high, reports CBS affiliate KMOV in St. Louis. A large police presence is on hand.

Police are asking the community to stay calm and allow the investigation to proceed.

During the news conference, which was held in a separate building, some protesters walked into the Ferguson Police Department chanting "don't shoot me" and holding their hands in the air. Officers stood at the top of a staircase and stopped the crowd without using force.

Others outside shouted "We want answers" and "no justice, no peace," and some carried signs saying "stop police terrorism" and "disarm the police."

Gaskin alluded to the 2012 racially charged shooting of 17-year-old Trayvon Martin by a Florida neighborhood watch organizer who was subsequently acquitted of murder charges, as well as the New York man who died from a police chokehold after he was confronted for selling individual cigarettes.

"With the recent events of a young man killed by the police in New York City and with Trayvon Martin and with all the other African-American young men that have been killed by police officers ... this is a dire concern to the NAACP, especially our local organization," Gaskin said.

The officer has been with the Ferguson Police Department for six years and that he wasn't aware of other issues involving the man, Belmar said. The officer has been placed on paid administrative leave, which is a common procedure after officer-involved shootings.

After the news conference, several protesters yelled at the officers who surrounded the crowd.

"I don't want you killing my child just because he walked out the door," Shontell Walters, of Ferguson, said.

Brown's grandmother, Desiree Harris, said Saturday she saw him in her neighborhood, and minutes later, she heard a commotion and went outside. She found Brown's body less than two blocks away.

"My grandson never even got into a fight," she said of Brown, who she added had recently graduated high school. "He was just looking forward to getting on with his life. He was on his way."

"You're not God, you don't get to decide when you get to take somebody from here," she told KSDK.