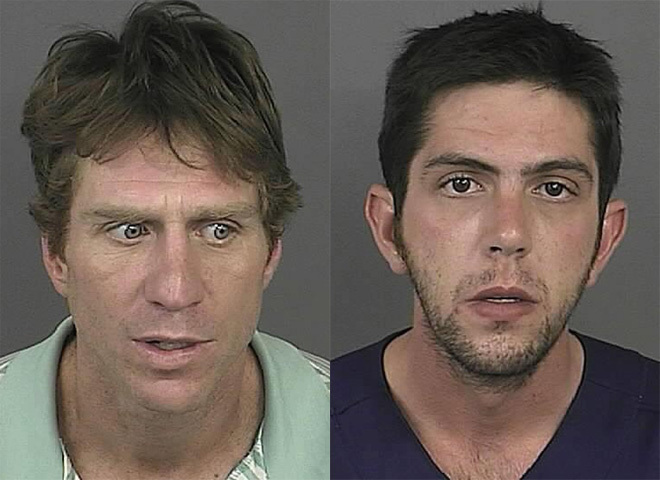 (AP) DENVER - Two men accused of driving their dead friend around the Denver area and running up a bar tab on his account have been sentenced.

Robert Young and Mark Rubinson were given two years of probation in connection with the death of 43-year-old Jeffrey Jarrett. They also must perform community service and pay restitution.

They had pleaded guilty to abusing a corpse, with Young also pleading guilty to identity theft.

Jarrett's family said Thursday the court could not give either defendant the punishment they really deserved.

Authorities said the two went to Jarrett's home in August and found him unresponsive. Instead of calling police, Young and Rubinson put him in a car and went out. They used his credit card to pay for drinks.

Young said he thought Jarrett was drunk, not deceased. Jarrett's death was deemed an accident.