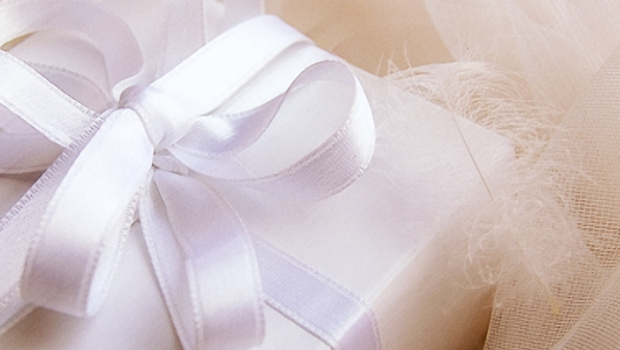 Cash or gift? A selection off the registry or something personal? And better yet -- how much to spend?

As a guest, weddings can be a lot of fun, but they can also get a little pricey. From the engagement gift and the bridal shower to the bachelor or bachelorette party -- all the way to the wedding day, your bank account could get depleted pretty quickly.

Although what you give is a very personal choice -- and also depends on a variety of factors -- financial insiders do have some suggestions and tips on overall gift etiquette.

"You don't want to give a really lofty engagement present and then realize, 'Now, I don't have enough money to spend on the wedding present.' You really want to plan and allocate what you're giving ahead of time," said Jamie Miles of TheKnot.com.

If it's a co-worker or a distant friend, TheKnot.com recommends spending at least $75-$100 on the wedding present. If you're attending a relative or a friend's wedding, the wedding website suggests somewhere between $100 and $125. TheKnot.com also took the pulse of what real brides and grooms have spent on weddings in the past in its registry study. "On average, friends spend $79 on the bride and groom's present," said Miles. Family members, meanwhile, spend an average of $146.

Hill says, though, overall wedding guests should assess their budget and how well they know the bride and groom.

But what kind of gift do you give? Nowadays, Catey Hill, resident financial expert at David's Bridal, says it's perfectly fine to write out a check for the couple. She says many brides and grooms actually prefer it, especially after the recession. On average the typical cash gift is around $150, she says.

Still, though, Hill says there are some exceptions. "Some people don't think that's [giving money] a great idea," Hill said. And Hill has also seen a "relaxing of the rules." "Brides and grooms understand that some guests are financially-strapped," she said. For instance, some guests may still be in school or keeping their head afloat in the midst of a fragile economy.

If your financial situation is a little rocky, a good idea may be to give a personal gift. "It can save you money, and the bride and groom may think, 'Wow, she really thought about that and it really meant something to me.'"

Just not sure what to do? Choosing a gift off the registry is a good idea. But in 2013, Hill said many guests are "going off-registry" to give couples a special, unexpected gift. Also, companies like IDOFoundation.org allow guests to make a donation to the couple's favorite charity, and more and more couples have honeymoon registries already set up.

A lot of times, gift etiquette can also be regional. It's not uncommon to see cash gifts at weddings in the tri-state area, while in the other parts of the country, such as the Midwest or in the southern areas of the U.S., physical gifts or registry items tend to be more common.

Meanwhile, if you're heading to a destination or an out-of-town wedding, it's probably OK to spend less on the gift, said Hill. But you should still give something; Hill noted that guests can't simply say that their "attendance" is gift enough.

And finally, can you really wait a year to give a gift? Hill, for one, thinks waiting a year after attending a wedding can be considered "rude." She thinks guests should usually plan to gift the bride and groom before or at the wedding -- leaving no lag time. And seeing as how couples will start to write and send out their thank you notes a few months following their big day, it's common courtesy not to wait/make them go back and continue their "thank yous" a year after they exchanged vows.

And whatever you decide to give the couple, don't stress over it too much -- because in the end, it's the thought that counts, right?