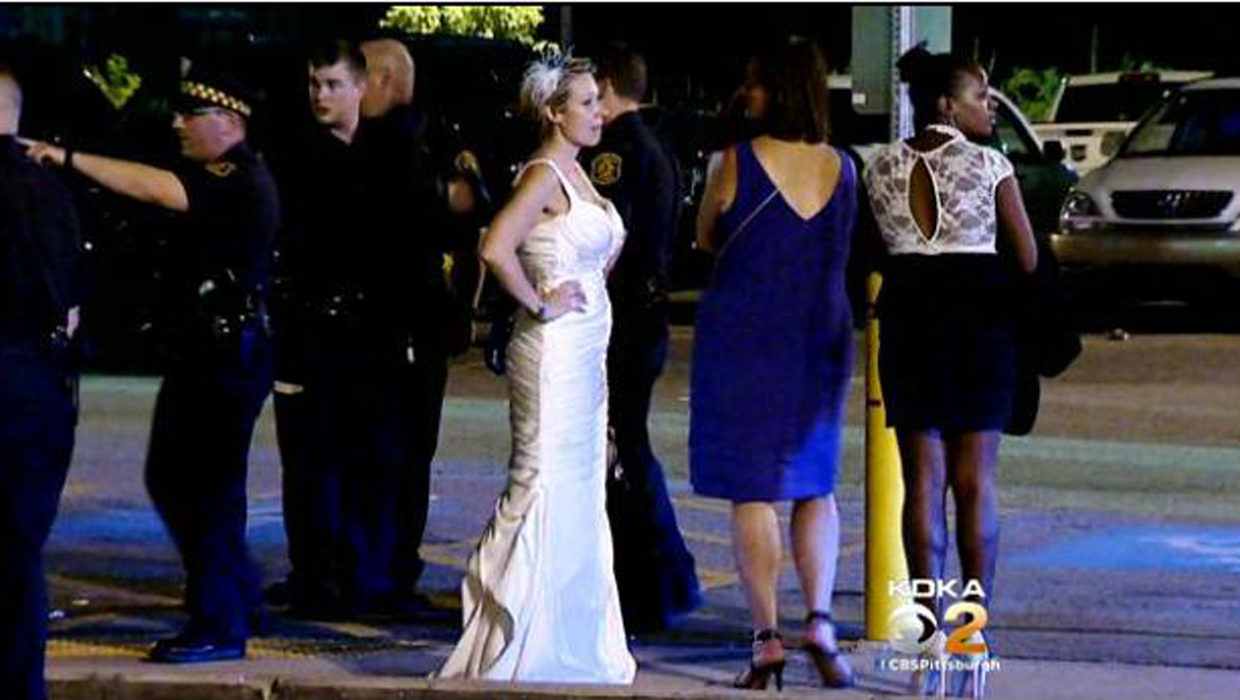 PITTSBURGH - A western Pennsylvania groom spent his wedding night in the back of a police car after allegedly harassing a pregnant waitress at the reception, then resisting arrest after an altercation with the woman's boyfriend.

A criminal complaint says groom Mark Williams, 33, touched the waitress several times during his wedding cruise and tried to pour alcohol down her throat. Police say he then scuffled with the woman's boyfriend, 20-year-old Tyler Smith, after the boat docked early Monday morning.

The waitress, who works for the Gateway Clipper, told officers the groom was being "touchy feely" with her while she was working, according to the station. She reportedly called her boyfriend and told him Williams attempted to pour alcohol down her throat, even after she told him that she was pregnant.

Police said the woman called Smith so he could come pick her up, but that Smith confronted Williams about his actions and a physical altercation began. David Williams soon got involved in the brawl as well, according to authorities.

Smith was also arrested, though it is unclear what charges - if any - he is facing.

CBS Pittsburgh reports that all three men have since been released from jail.